A solid drawing tablet with an awesome price. 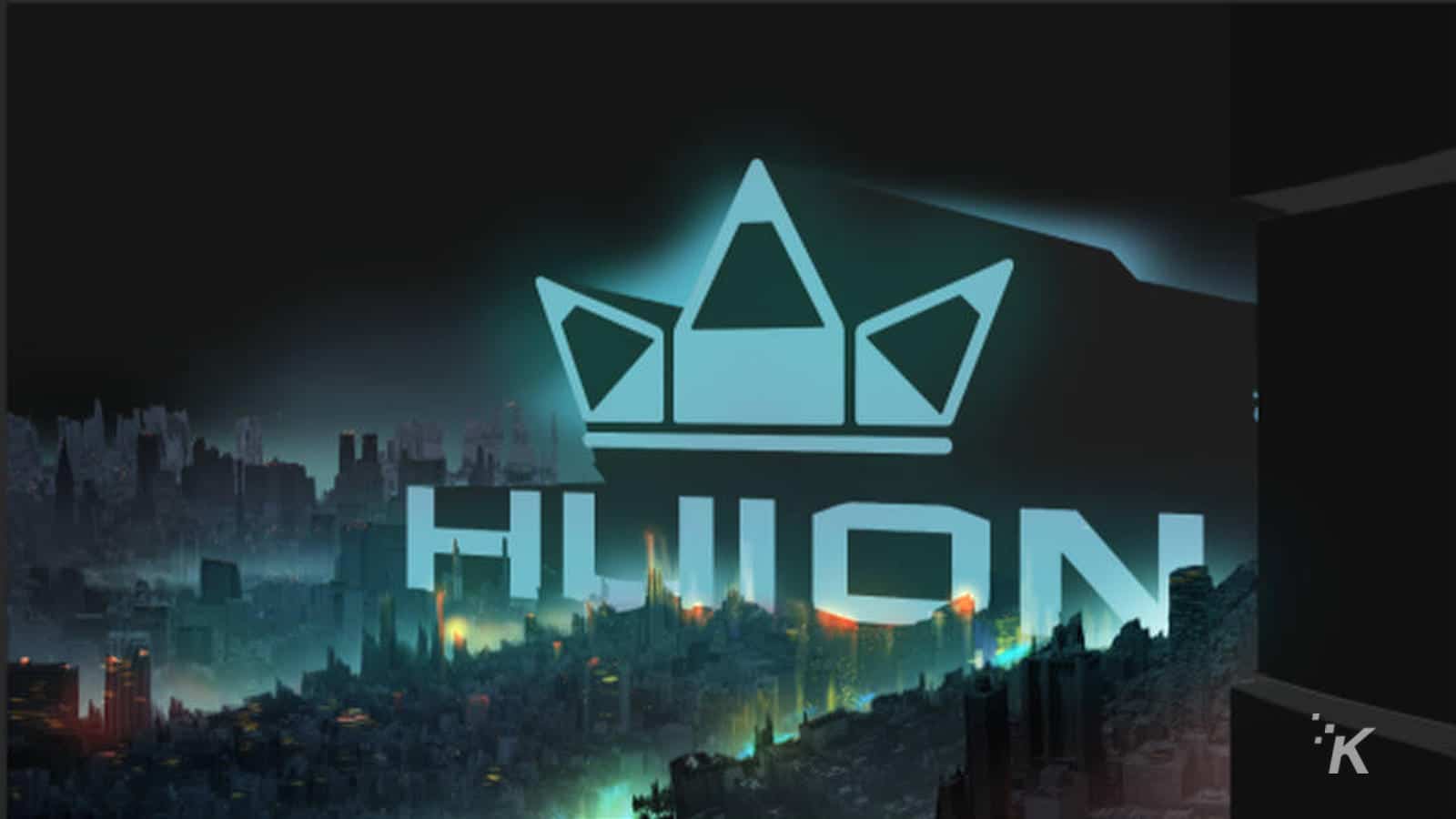 Image: KnowTechie
The Good
Very good value for money at 100% sRGB / 85% AdobeRGB color coverage
Software support is up to date, competitive and well featured
Touch bars are surprisingly useful and intuitive
Comes with all the necessary accessories, even a glove
Bright, sharp screen
The Bad
S-PVA type panel with average viewing angles
Poor panel response time, leading to rather noticeable ghosting
No USB hub
No on-screen touch support
With Windows 10: Monitor is not disabled on power off, it's more of a soft-off state where Windows still sees it as active but hidden
8.5
Overall

While we’re all stuck inside, if you’re an artist, it’s never been a better time to brush up on your skills. If you’re a digital artist, that means you’ll need a drawing tablet, because let’s face it – drawing with a mouse is universally terrible.

Today we’re going to look at a fairly-inexpensive tablet from Huion, the Kamvas 20 Pro (2019). It costs $699 and is a 20-inch drawing tablet screen that’s manipulated by a combination of a battery-free stylus, touch-bars, and programmable side buttons.

In a field dominated by expensive drawing tablets, can Huion’s value proposition give them a win? Find out in our full review below.

So, what’s it all about?

Drawing tablets at their simplest are pressure-sensitive pads with a pen that lets you sketch on them and see your brushstrokes on screen. Those are fine, but to bring your art to the next level you want the full-display version, which puts the digitizer over a screen. That turns it into a giant touchscreen, which either responds to fingertips or only to the included pen.

The Huion Kamvas 20 Pro (2019) is of the latter type, which only responds to the included pen. It’s got a 16:9, 1080p IPS screen, and multipurpose buttons and scroll bars on each side of the screen, so it’s usable for both right- and left-handed artists. It connects to your PC via USB, and then either HDMI, DisplayPort, or VGA for the display image. We recommend DisplayPort if your PC supports it, but HDMI is just fine too.

Huion goes over and beyond with the included accessories. As well as the tablet, tablet stand, power adapter, pen, and USB cable, they include a whole bunch of spare nibs for the pen, a pen holder, and even a drawing glove to help your hand glide better across the screen. Nice.

So, is it sketchy?

Okay, since my artistic expertise is limited to stick figures and editing photographs, I roped in my digital artist friend, Valentin Surdila, who specializes in worldbuilding for games and architecture. Go check him out, he’s got more artistic talent in his little finger than I’ve ever had in my life.

He put the Kamvas 20 Pro (2019) through its paces, creating the image used in the header, and doing the same battery of tests on his main drawing tablet, a Dell Canvas that cost $2,570 at launch.

Is it going to be a case of low-price, low expectations? Let’s find out.

First impressions on the Kamvas

Unpacking the tablet left us with one striking observation – the weight compared to tablets from the competition. Any Wacom user will be used to the hefty 18 lb+ weight of their tablet, but the Huion Kamvas 20 Pro tips the scales in the other direction, at only 8 lbs. That’ll come in handy when shifting it around, and also making the selection of a VESA compatible arm even easier.

Plugging it in, the shallower viewing angles and slightly shallower gamut versus the more-expensive Dell was noticed, as was some ghosting which was attributed to the slower 25ms response rate of the panel Huion used in this tablet display.

Okay, so now for some testing. In Valentin’s own words: “To make things very simple, as a digital artist doing concept art or illustration, which is the target audience of these two tablets, we have to consider three essential things: color reproduction, digitizer performance, and software support, everything else is controlled by the user.”

Valentin notes that most professional painters or concept artists wouldn’t be able to work with that level of coverage unless they’re only matte painting over existing footage. That said, the sRGB coverage is good enough and this tablet would satisfy the wider audience.

The last thing to mention about display performance in a drawing tablet like this is the response rate. The Huion Kamvas 20 Pro at 25ms shows noticeable ghosting in the Blur Busters UFO testing when compared to the Dell Canvas and its 14ms response rate.

Digitizers and pens perform differently between different tablet models, and objective testing using the same methodology needs to be done for comparison’s sake. While you can tweak things like pressure or response curves, those tweaks can only slightly change things, and no amount of tweaking can make a bad digitizer into a good one.

As you can see from the chart above, the Huion is objectively a better panel than the Dell, with the only place it loses being the declining accuracy to ±3mm towards the edge. That will make using programs like Photoshop which stuff all their tiny UI icons across the edges a little bit more difficult on the Huion, but you can mitigate this by mapping the programmable side buttons on the Huion to your most-used tools.

Both tablets are fully-laminated, which means that the parallax test was passed by both with flying colors. Testing was done using a ruler laid on the screen to slowly draw straight lines on the tablet. If any parallax issues were present, you would see that line skip either side of the straight middle.

Now it’s on to the final test, drawing lines freehand using three levels of the response curve. The software was set up to blend between two colors based on user pressure from the pen. Valentin was impressed by the Kamvas at all tested response curves, saying “it just feels a lot more natural,” while the Dell Canvas failed badly and only felt natural on the Firm setting.

As you can see, the blending on the Kamvas side looks more uniform regardless of response setting, showing results that the Dell tablet could only manage at its Firm setting. Bottom line? The Kamvas is better at translating intention to results, giving you a stable platform to turn your imagination into finished work.

The software makes all the difference here. See, the Dell Canvas is basically abandoned by Dell, having no updates at all for two years. That’s not too surprising as large OEMs often use a third-party to deal with driver updates.

Huion, on the other hand, is still actively supporting even older tablets with updates and bug fixes. That’s something to always keep in mind when throwing down a huge chunk of change for any tech item, so kudos to Huion here. That’s likely because Huion is both designer, manufacturer, and maintainer for its product stack.

Once installed, the software lets you set if you’re right- or left-handed, tweak settings about response curves and other things for the pen, and assign functions to the hotkeys on both sides of the tablet. That includes handy things like cross-screen mapping, calibration of response, and advanced customization of the side keys.

So, should I buy one?

Okay, this all boils down to how far along your path as a digital artist is, and what your budget is. The Huion Kamvas 20 Pro (2019) ticks all the boxes, reliably providing every tool you need to progress as an artist, at a very affordable price of $699.

Even pitted against a higher price tier drawing tablet it compares very favorably, with the only real difference being that the screen on the higher-priced tablet was of better quality. Just remember, the Dell Canvas that was tested against had an MSRP of nearly four times the price of the Kamvas 20 Pro (2019).

The Good
Very good value for money at 100% sRGB / 85% AdobeRGB color coverage
Software support is up to date, competitive and well featured
Touch bars are surprisingly useful and intuitive
Comes with all the necessary accessories, even a glove
Bright, sharp screen
The Bad
S-PVA type panel with average viewing angles
Poor panel response time, leading to rather noticeable ghosting
No USB hub
No on-screen touch support
With Windows 10: Monitor is not disabled on power off, it's more of a soft-off state where Windows still sees it as active but hidden
8.5
Overall
Related TopicsdrawingkamvasNewsPhotographyReviewsTablet