Not the best wireless buds on the market, but a solid offering all the same. 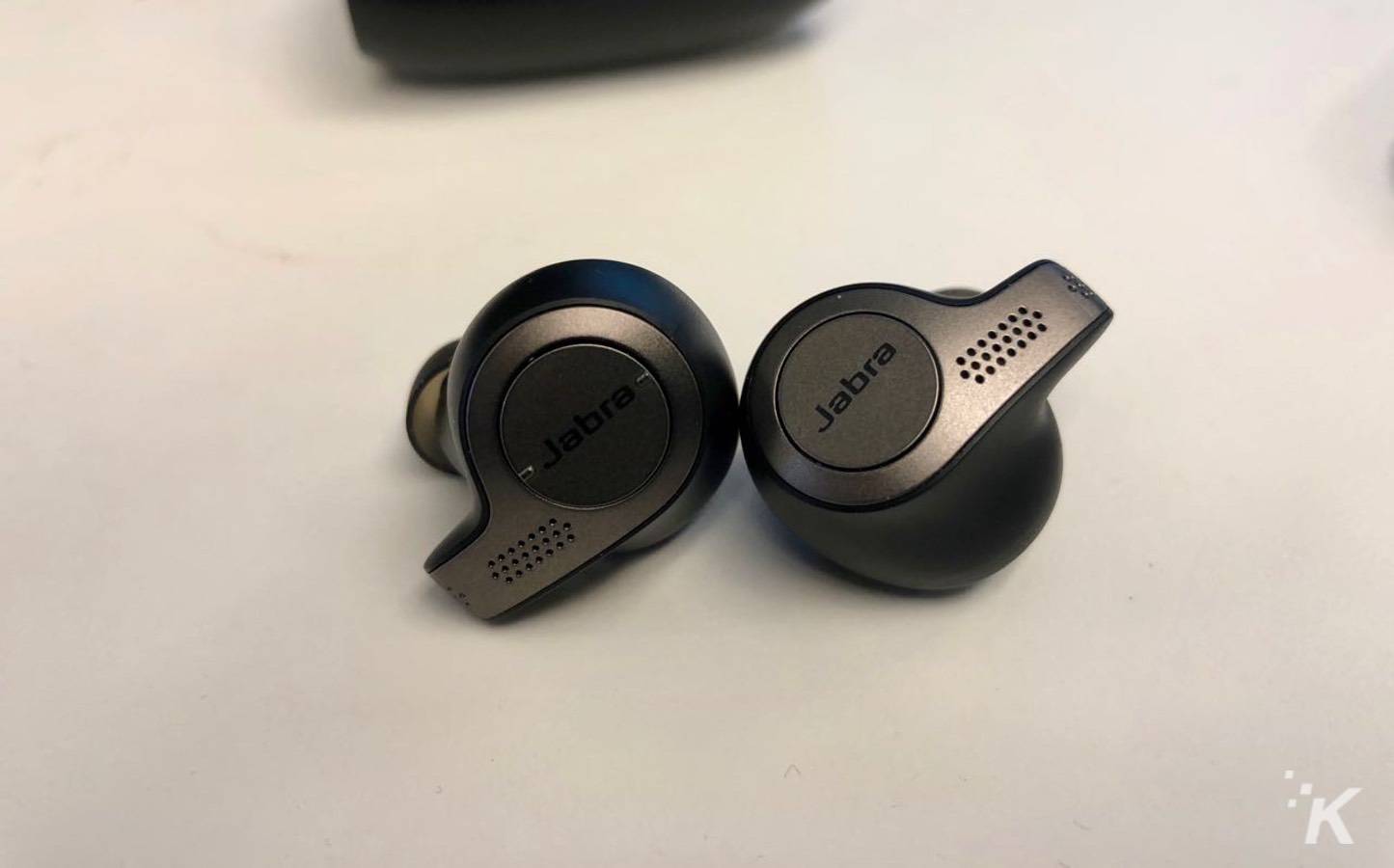 If you’ve ever read any of my earphone reviews, you’ll know I constantly have issues with finding a wireless headset that not only actually works, but doesn’t make my ears feel like they’ve been beaten to death with a bag of rocks. While I can’t exactly say that the Jabra checks all the proper boxes, it’s by far the best competitor I’ve tried out thus far.

Let’s talk about comfort and get that part out of the way, first and foremost: The Jabra Elite 65t aren’t super comfortable, but they do actually stay in my damn ears. That’s something I can’t say for any other in-ear headphone I’ve used recently, or maybe even ever. I’ve worn these things now on walks, sitting at my desk, or just to make someone think I’m busy so they wouldn’t talk to me and not once have they ever fallen out.

Normally, something as simple as chewing gum would make normal earbuds fall out of my ears, so I’m thrilled that these stay in place, in spite of the fact that they seem to make a bit of a vacuum that makes my ears throb from the inside out. I don’t think this is Jabra’s fault, it’s just my weird ass ears.

I’m pretty impressed with the connection range on these headphones, though I did have some odd issues with not being able to seamlessly remove one earphone without stopping playback. I’m a person who often only wears one earphone so I can hear what’s going on around me, and while that negates the idea of being lost in the sound or noise canceling, I also don’t want to walk the fuck out in front of a bus or something – so ya know, there’s that, but also I leave one ear open in case someone talks to me or something.

Unfortunately, if you put both in and sync them, removing one will pause the music. If you only want one to keep playing, you basically have to turn it off and then it won’t pair back if you switch back to two headphones unless you turn both earbuds off and then turn them back on. On the plus side, I’ve gotten around that by just pulling the right earbud out of the case and using it alone as it’s the primary one.

Speaking of the case, it feels like sometimes it doesn’t fully charge the earbuds as well as it should. I had some battery issues as the earbuds would sometimes die after 30 minutes of use despite being in the fully charged case while it was being charged to full.

On the sound side, these sound pretty decent. They’re not great, but honestly true wireless technology is still fairly infantile – and these sound on par with Apple’s AirPods, but don’t make you look like you forgot to take off the earrings from your RuPaul costume. In fact, these have a very low profile, and for someone with a bushy-ass beard like mine, you barely even notice them. Calls are decent on the Jabra Elite 65t, but as usual, it could always use a little more improvement.

Podcasts and voice audio sound totally fine, and music is mostly decent though there are plenty of things that sound better than others. I played several different genres of music on the Elite 65t set, and while things like Starset, Demon Hunter, Shaman’s Harvest, and most importantly, Grammy-Award Winning 1999 Hit Smooth By Santana Feat. Rob Thomas of Matchbox Twenty all sound great, though rap music with heavy bass kind of struggles.

Some things were okay, but songs like Logic’s Contra have too much bass and drowns the audio out entirely, in fact, the bass in that song sounds like the headphones are farting in your ear. Tech N9ne’s Erbody But Me sounds good though since it uses a higher frequency of bass, and the same can be said for La Coka Nostra’s Brujeria.

Overall, the Jabra Elite 65t earbuds are super solid for the price. They’re slightly more expensive than the AirPods, but they don’t look ridiculous, have yet to fall out of my ears, and sound pretty decent – even in spite of hurting my ears after 20-40 minutes of continuous use, but I guess that’s a good way to gauge where I’m at in my exercise regimen.

The Jabra Elite 65t was used in tandem with an iPhone X and was provided to us for review by Verizon Wireless.