For gamers, by gamers. 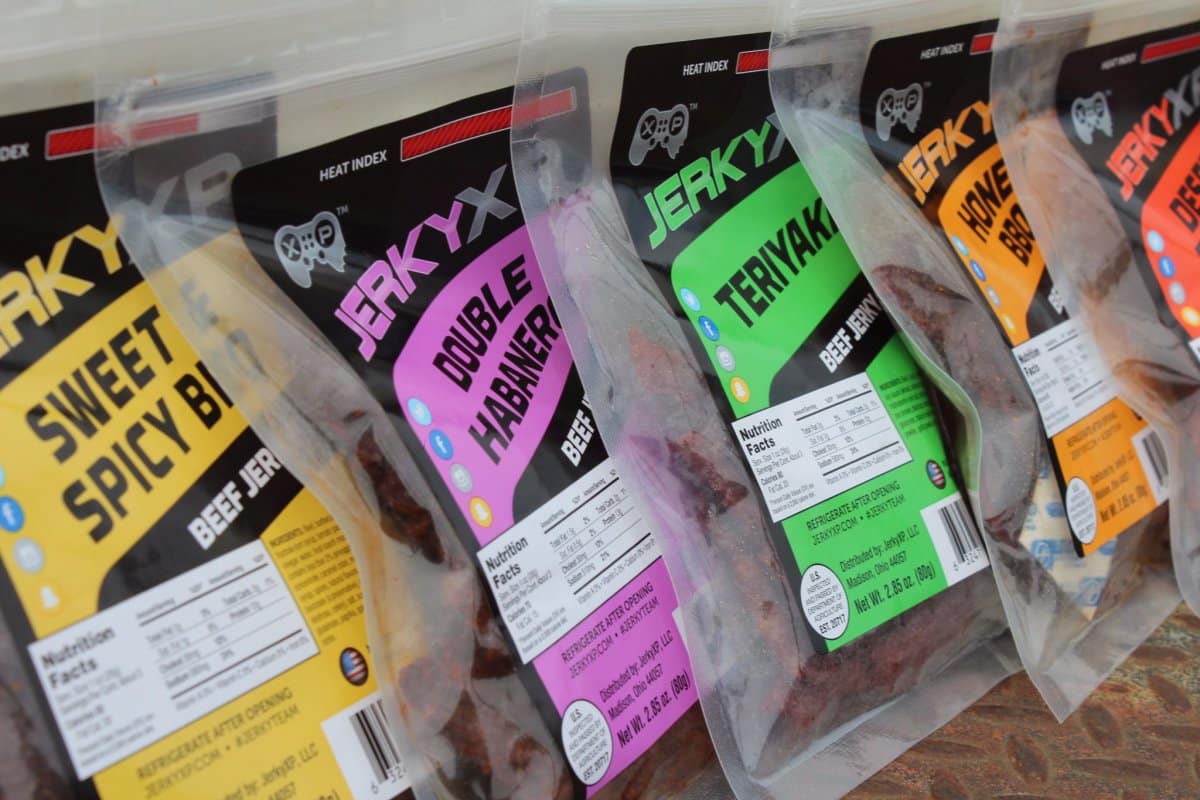 Gaming for extended periods of time can build quite the appetite. While it is common to snack on some potato chips or even a bag of Doritos, sometimes you just need a bit of protein in your snack. JerkyXP is and should be your go-to for all your jerky needs.

Established in October of 2013, the co-founders had created their line of fresh beef jerky and were perplexed on how they wanted to market their product as well as what to name their company. After attending a Call of Duty event and a load of brainstorming later, the lads landed on the enterprise name JerkyXP, a company dedicated to fueling gamers with premium beef jerky. 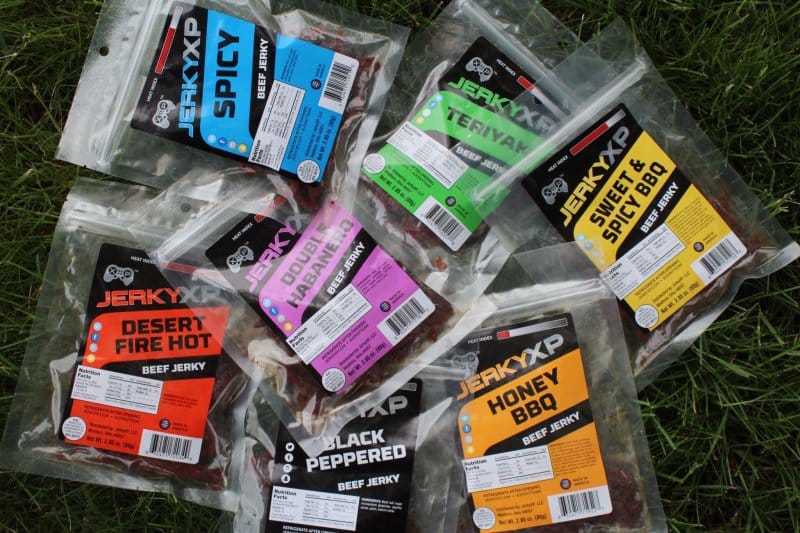 Currently, the company has seven different flavors of their delicious jerky, as well as two separate flavors of jerky beef sticks (with more flavors on the way!) Recently, the folks over at HQ were kind enough to mail over some product samples of their jerky to try out and review! 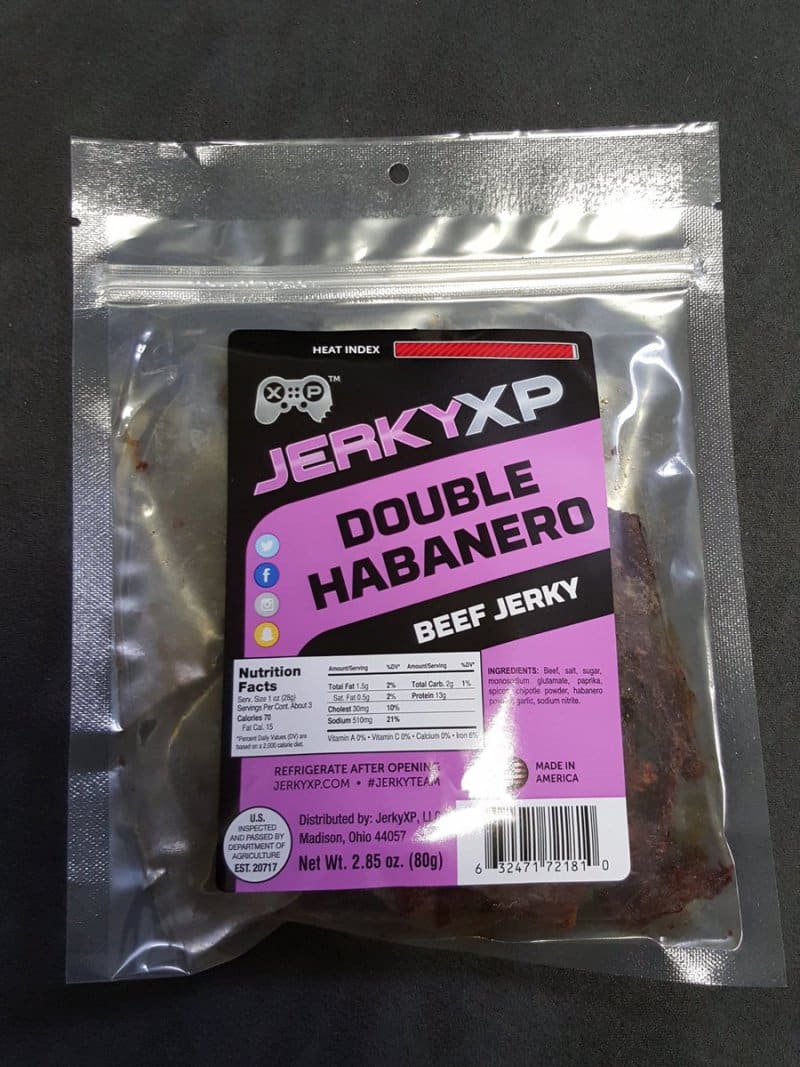 You take a bite of the habanero and the habanero bites back. Now, I will be perfectly honest; I am a total wuss when it comes to anything that might potentially have a lot of spice. So I was a bit nervous when JerkyXP sent me double Habanero-flavored jerky.

At first, I bit off a small piece of the spicy beef, and it was not what I was expecting at all. I was expecting my mouth to be on fire. However, it was not bad at all. Granted there was a bit of a spicy aftertaste in my lips, but it was something I was able to tolerate.

If you are a fan of spicy food, you may be disappointed in the heat index of this flavor. Nonetheless, you will feel a kick of the flavor afterward. 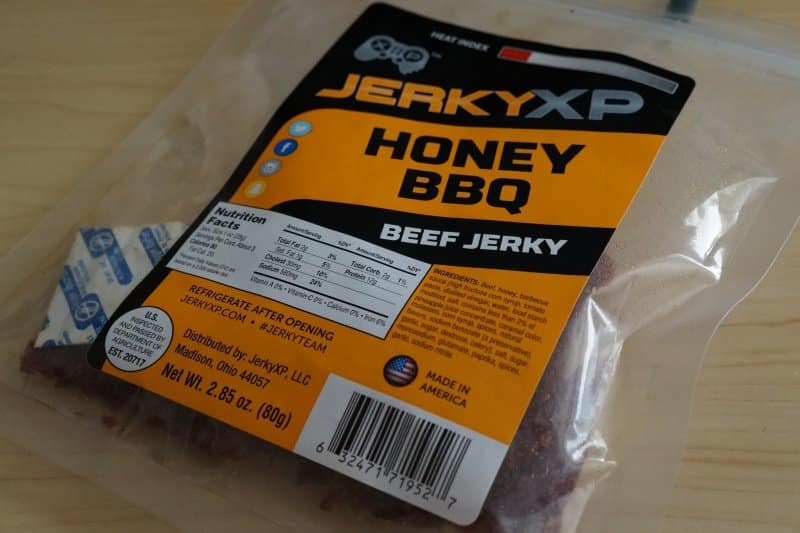 Being a fan of honey bbq anything, this was the first flavor I indulged in when I received my package. The first thing I smelled when opening the bag was the aroma of honey bbq, so of course, I did not hesitate to take a bite out of it.

It was sweet, with a hint of tangy; the right amount of both, so to speak, there was not one overpowering the other. I would have never thought honey bbq would taste so good on beef jerky, but I am glad that it does because out of all the flavors I sampled, this one was my favorite.

Much like the double habanero, I was a bit hesitant to try the spicy flavors, but when I decided to try the more pungent jerky first before this one, I was more open-minded.

Though I am not a fan of spicy food, if someone were to offer me a stick of this flavor I would happily eat/share some of it. It should be worth noting, that I am not a fan of beef sticks (e.g. Slim Jims) regardless, this was another delicious flavor that I was happy to try. 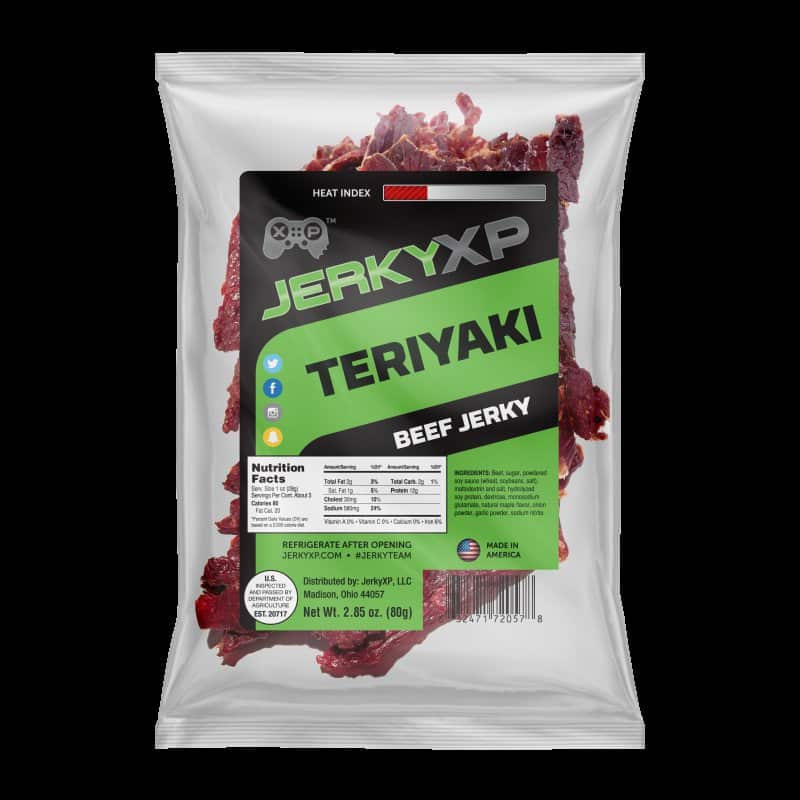 After I had tried the honey bbq, teriyaki was the next flavor I tried; some may argue that teriyaki does not belong on beef jerky, but I found the taste intriguing, I could see myself buying a bag of thing while playing a few rounds online in CoD.

However, the only downside of this flavor was the fact I couldn;t taste a whole lot of the teriyaki flavor in it. It was minimal, and I was hoping for a bit more flavor than I was anticipating.

Additionally, when putting this review together, I had several of my friends try some, some were beef jerky, enthusiasts and ranging from those who never tried beef jerky in their life. They all loved it!

I highly recommend this beef jerky to anyone regardless of how much (or how little) you love beef jerky. With an array of flavors to try, there is bound to be at least one flavor that will draw your attention.

Editors Note: We would like to thank JerkyXP for sending us over several flavors to try and review.

If you are interested in trying JerkyXP head on over to their website and enter code “KnowTechie” at checkout to receive a discount on your purchase!