These Mpow Antelope headphones are great, just as long as you don’t share the same size dome piece as I do. 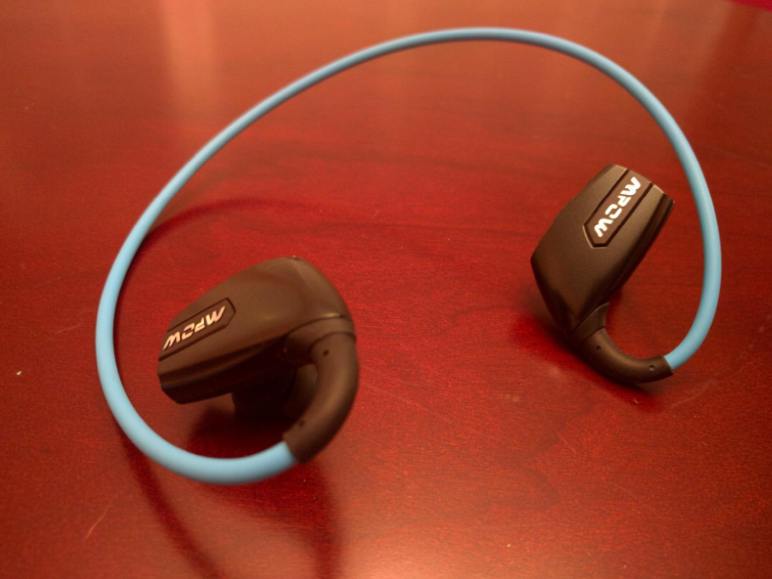 I don’t necessarily use my headphones a lot, but I DO use them every night to fall asleep with as my wife prefers TV and I’d rather listen to music or ASMR videos on YouTube cause they’re soothing and don’t question me.

Needless to say when Mpow sent over their Antelope sport headphones, my fat ass was wondering when I’d ever use active headphones since I’m always at a desk, but hey, they’re Bluetooth and that means I can sleep in them without getting tangled, so it’s hard to be mad at that.

While not bad, it’s like I bought them from Bioshock’s Carnival of Values. 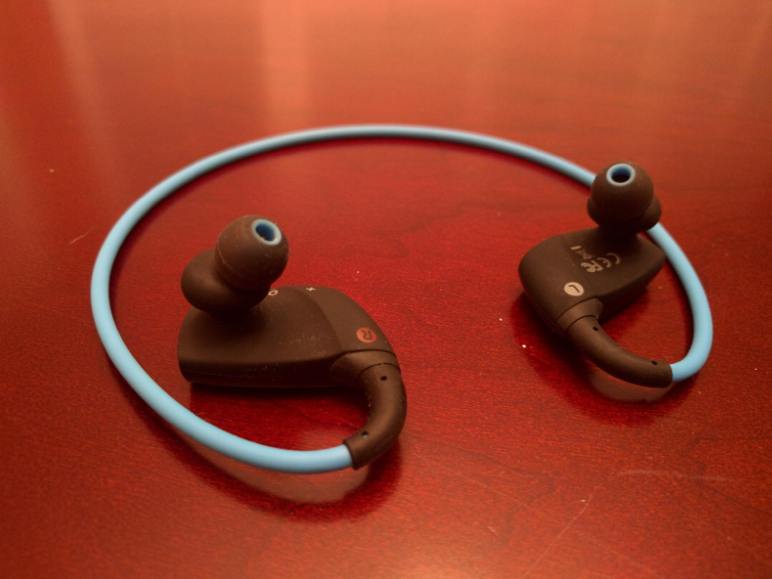 Let me explain: They fit in your ear really strangely – like the cord goes up and over the top of your ear and then down around the back of your head and up behind your other ear to tie the headphones together as a set. They’re cheap, but feel decently constructed, and for what they cost I’d say they’re a decent build quality.

The problem came after a few nights of wearing them: I realized that because they sit in my ears funny, the plastic section from the headphones were rubbing against the inside of my ears, and surprisingly actually started cutting into my ears opposite of the earhole. That little pocket in your ear? I had scabs in mine one morning and couldn’t figure out why – then I realized what had changed: I was wearing these earphones and the friction of me moving around or the way they sit made them slice into my ears despite not feeling jagged or rough to the touch.

It’s a real shame cause they do a pretty good job of being a value priced headphone. They sound decent and they hold a charge for quite a while. Unlike some other headphones I’ve had, these actually know to turn themselves off after a period of inactivity so I only had to recharge them like once a week which was tremendous considering how little I actually wear my headphones. I used them on a commute to work a few days and they also weren’t bad but still irritated the inside of my ear.

Unfortunately, I wish I had more to say but after a few days of wearing them and bloody scabs inside my ear, I had decided I’d had my fill and shelved them for a backup if I just really needed some headphones. Perhaps they’re meant for someone with a smaller head and that’s what caused the irritation, but as they seem to be a one-size-fits-all product I can’t recommend them due to the physical damage sustained while using the product.

If you have a small head, maybe this might work for you – but seriously, they cut the fuck out of my ears and that’s no good.