Review: Nexvoo 1080p AI conference cam – it really does follow you around the room

Video conferencing gets some AI smarts. 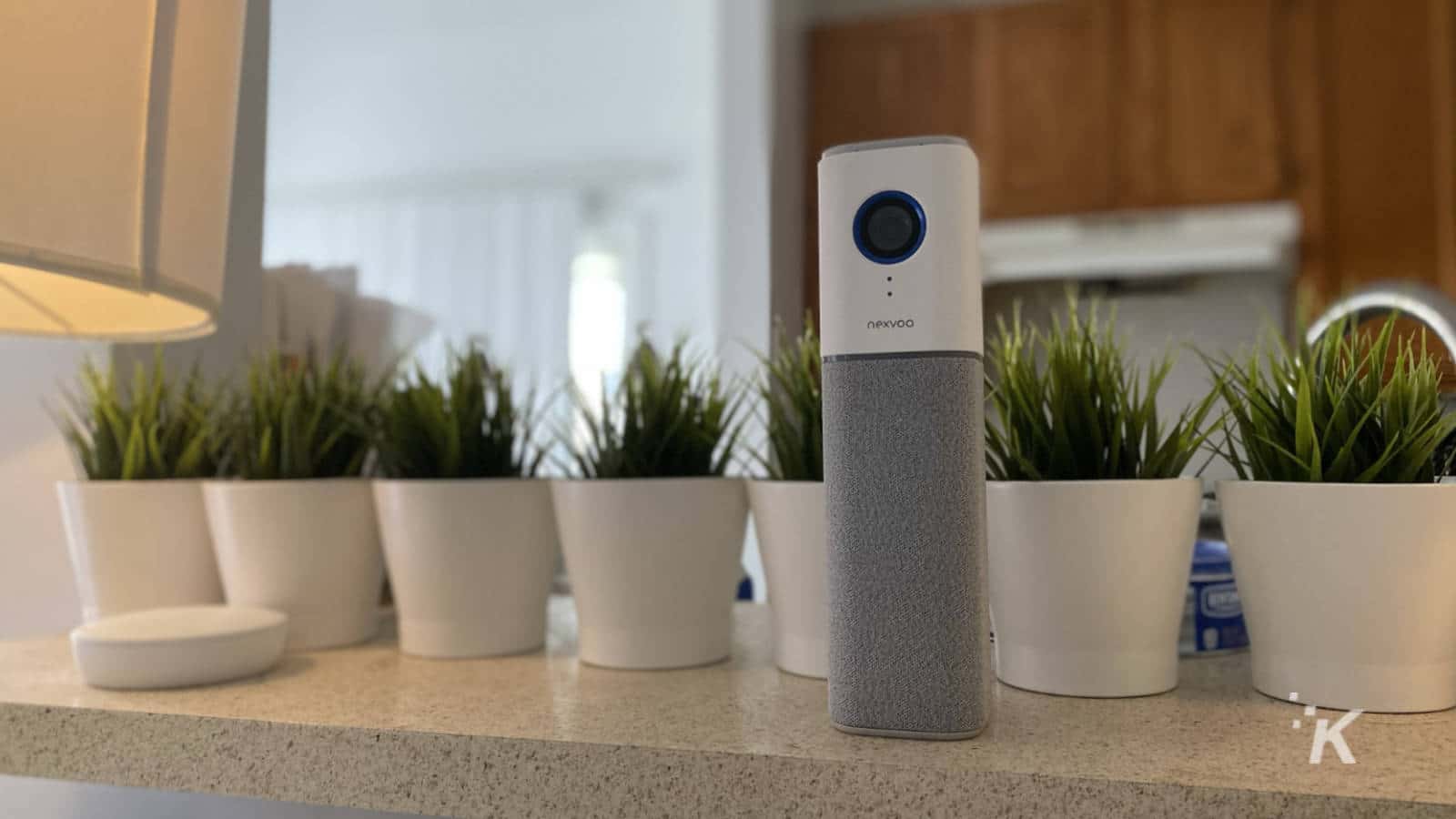 With work from home not going away anytime soon, you might be wanting to upgrade from the built-in webcam in your laptops. Most integrated webcams are terrible, and you can get much more functionality from an external camera.

What if you need more than one person to be in-frame at the same time? Most webcams have a narrow field-of-view (FOV) and aren’t really suitable for multiple users to be on screen. Think of all the family video chats you’ve had over the last year, and you know what we’re talking about.

Maybe a conference cam is the answer. They’re designed for multiple users to be on screen, with wide FOV and far-reaching microphones to clearly pick up everyone’s voice. Some even come with added features, like AI to act as a camera operator to zoom in on the speaker.

We’re looking at one such conference camera today, the $299 NexPod N109. Can it be the answer to your video conferencing woes?

So, why a conference cam?

The Nexvoo N109 has a few design features that make it easier to use with video conferences. It’s tall, for a start, bringing the camera to a more pleasing height when placed on a table. In addition, the bottom section is covered in a nice, smart-speaker-esque fabric, which hides the powerful speakers which give out sound in all directions.

The camera has a 110-degree field of view and has a 1080p resolution. The camera module itself can be tilted slightly up or down to better frame the room. The N109 also has AI smarts, using digital zoom to reframe the video feed when it detects someone is speaking. When nobody is speaking, it defaults back to the full 110-degree view.

The top has touch-sensitive controls for volume, mute, and a way to turn off the AI camera control if you find it annoying. Two LEDs and a band that goes around the whole camera let you know if the camera is on standby, recording, or if the mic is on or muted.

The best thing about the N109 is that it only needs one USB-C cable to work, with the camera taking its power from the USB connection. Nexvoo does include a supplementary power supply, but you’ll only need this if you’re experiencing issues while running off USB, and we found we didn’t need it on our desktop or laptop.

The other cool thing is that it’s driverless, using the UVC protocol, so it’s plug-and-play with your device and will show up in any software that supports standard USB webcams. That means no worrying about if the camera will work with the video conferencing software your company uses, which is great.

Okay, the first thing you need to know is that while the camera is sold as 1080p, you probably won’t get that resolution while in calls. This is because the AI focusing needs some space to work with, so the N109 defaults to 720p in Google Meet and Zoom, at least in our testing.

That means the image quality can be kinda soft, and you’ll want as much light in your room as possible for the best quality. The sound quality is good, both from the mic and from the speakers, and nobody in the room should have trouble picking up what the people on the other side of the call are saying.

The AI focusing works pretty well, but if you were expecting a smooth panning action like in movies, you’ll be disappointed. Instead, it’s kinda jerky, with the camera stuttering across to get the speaker in frame.

It’s good at keeping you in the frame if you’re continually talking, even when you walk around. I found it easily picked me up when I moved around the room, with me being the only person in the shot. It did tend to focus on my toddler when she ran anywhere near the space in the camera’s view, so it’s not really suited for use when some participants on the call are seated, and some are not.

The $299 NexPod N109 is a comparatively inexpensive video conferencing camera with a wide field of view, perfect for multi-user video calls. It’s plug-and-play, doesn’t require any knowledge to set up, and has AI-powered smarts to keep whoever’s speaking on the call in frame. It’s only slightly let down by its 1080p resolution, which doesn’t give the AI-powered reframing enough resolution to work with depending on how the participants are spaced out.

If the resolution is a dealbreaker, Nexvoo has a $599 4K version that also includes a remote control, a wider 120-degree FOV, and a rechargeable battery good for three hours of calls.