While it’s mostly more of the same, some new mechanics on top of an already excellent base make The Fractured But Whole a must have for any South Park fan. 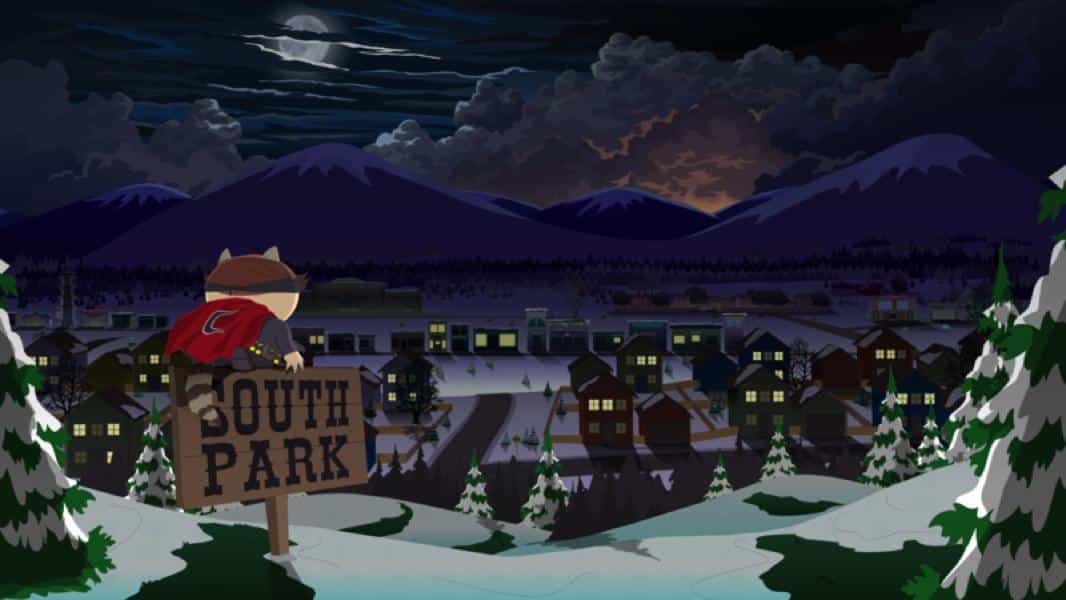 Image: Ubisoft
The Good
It's like playing an interactive episode
yet again
New mechanics revitalize combat
Crafting is a nice touch instead of hording junk
They added the 'Member Berries
The Bad
The game assumes you're already familiar with the show
Being so similar to the previous game
some might find it to be too samey
The writing can be a little incoherent at times
8

Only South Park would dare to name their game after an asshole, but that’s precisely what has established South Park as one of the most important television shows of all time. Never one to disappoint, Trey Parker and Matt Stone have built South Park around always touching on sociopolitical issues and current events, in the same ways Matt Groening’s Simpsons have. Both shows have been far more relevant and much more tenured than the majority of shows on television, and they’re both animated cartoons, though their appeal doesn’t reach the same audiences.

In their second video game adventure, Cartman and the gang decide to stop playing The Lord of the Rings and start playing Super Heroes. Fans of the show will immediately recognize Cartman’s Coon and Friends, and The Fractured But Whole is not only a play on the word “butthole” (which is how your character is addressed throughout the game, as opposed to previously being called Douchebag) but also draws a parallel to a parody of Marvel’s Civil War type story that’s taking place between the kids.

Cartman’s Coon and Friends vs. Timmy’s Freedom Pals race to see who can recover a missing cat and collect a $100 reward and establish their team as the premier franchise of South Park.

Fractured But Whole is a direct continuation of the ending of The Stick of Truth, so while it isn’t necessary to play the first game, it is highly recommended, so you know what’s going on. At the core, The Fractured But Whole continues building on the grounds of a good RPG while changing things up just a bit in order to make combat feel more refined.

The most significant difference between the two games is that The Fractured But Whole switches the turn-based combat into an SRPG grid based fighting system. Abilities can now impact enemies in certain lines and patterns, and you can do knockback damage to maximize your attacks. For example, Fastpass has a basic attack that has him attack an enemy as he runs by and he’ll position himself directly behind that enemy even if it means pushing them a square away. This gives you combo setups as you can hit an enemy back into Fastpass who will attack again as the enemy pinballs between the two fighters. If you knock an enemy back into another enemy, they take collision damage which adds more strategy to South Park’s already solid combat.

The Fractured But Whole is a terrific continuation of South Park’s video game franchising, but there isn’t a lot here for people who aren’t already familiar with the subject matter. If you aren’t a South Park fan, you’re more than likely not going to care for The Fractured But Whole. The jokes are crude, the kids are crass, and you’ll be asking who a lot of the characters are or why you should care about them if you don’t know the show.

Even further, by not knowing the show, you won’t understand the quirks that make each of the kids unique. You won’t understand why Cartman is in charge of things even though no one listens to him, nor will you know anything about the Raisins girls, The Mayor being clueless about things in her town, or any of the ongoing jokes that South Park’s had over its 21 seasons so far. You ‘member? I ‘member, but if you don’t – then you won’t without doing some serious reading online to catch up on the backstories.

That point alone makes South Park: The Fractured But Whole a tougher sell for someone who doesn’t know the show. There are social commentaries that might appear offensive or insensitive to an outsider. One side quest has you walk into a black man’s house and “arrest the drug dealer” when the guy is just standing in his kitchen trying to make himself something to eat. It’s actually pretty sad, and I wound up feeling sorry for him, despite knowing to chalk it up to South Park’s cops notably being afraid of things (race, religion, etc.) they don’t understand.

There’s a section where you’re asked to choose your gender during a conversation with Counselor Mackey. If you answer “none,” Mr. Mackey slightly panics and is unsure of how to answer because that’s not something they regularly face in their typical quiet mostly white town. After an awkward phone call, Mr. Mackey explains that it’s totally okay if you don’t choose to identify with a gender (and offers to listen if you decide to change your mind later) – an issue that’s actually been happening in the real world with what I would imagine being similarly enacted situations.

In typical South Park fashion, sticking to your guns makes you “different” and the resident rednecks “don’t take too kindly to your type.” This is both a real-world observation and a running joke on the show but isn’t ever explained, as everything comes from the assuming role that you’re already familiar with all of the subject matter or you wouldn’t be playing their game.

If you disregard everything and take The Fractured But Whole as a game alone, it’s a solid SRPG inspired adventure game. The mechanics are just deep enough to keep you interested, and removing stats from gear gives you more control over the look of your character instead of wearing something that’s stupid looking because the stats are good.

Crafting is also finally a thing in The Fractured But Whole, though you’ll often find yourself with way more of everything that you’ll need except the key component required actually to make something. This means you’re going to spend a lot of that loose cash at the vendor buying potion bottles and tortilla shells. If you continually smash every trash can, box, parking meter, an interactive object you stumble across, you’ll more than likely be okay with both supplies and cash.

Despite being developed by Ubisoft San Francisco,  The Fractured But Whole feels like a fresh coat of paint on top of an already excellent house that Obsidian previously built. The Fractured But Whole doesn’t so much feel like a new game as it does a continued experience, but more of the same is exactly what a South Park fan was likely hoping for.

If you didn’t care for The Stick of Truth, you probably won’t like The Fractured But Whole either. The experience is mostly the same aside from some mechanical differences, but it’s still a terrific experience that South Park fans are going to continue to enjoy for quite some time. Oh, and to poke fun at the idea of their own season pass? There’s a bus line called DLC where people are seemingly waiting for stuff to do. Genius.

South Park: The Fractured But Whole was reviewed on the PlayStation 4, and was provided for review by Ubisoft.