A small device with big aspirations. Is the GPD Pocket a valuable entry to the world of ultra-mobile PCs? 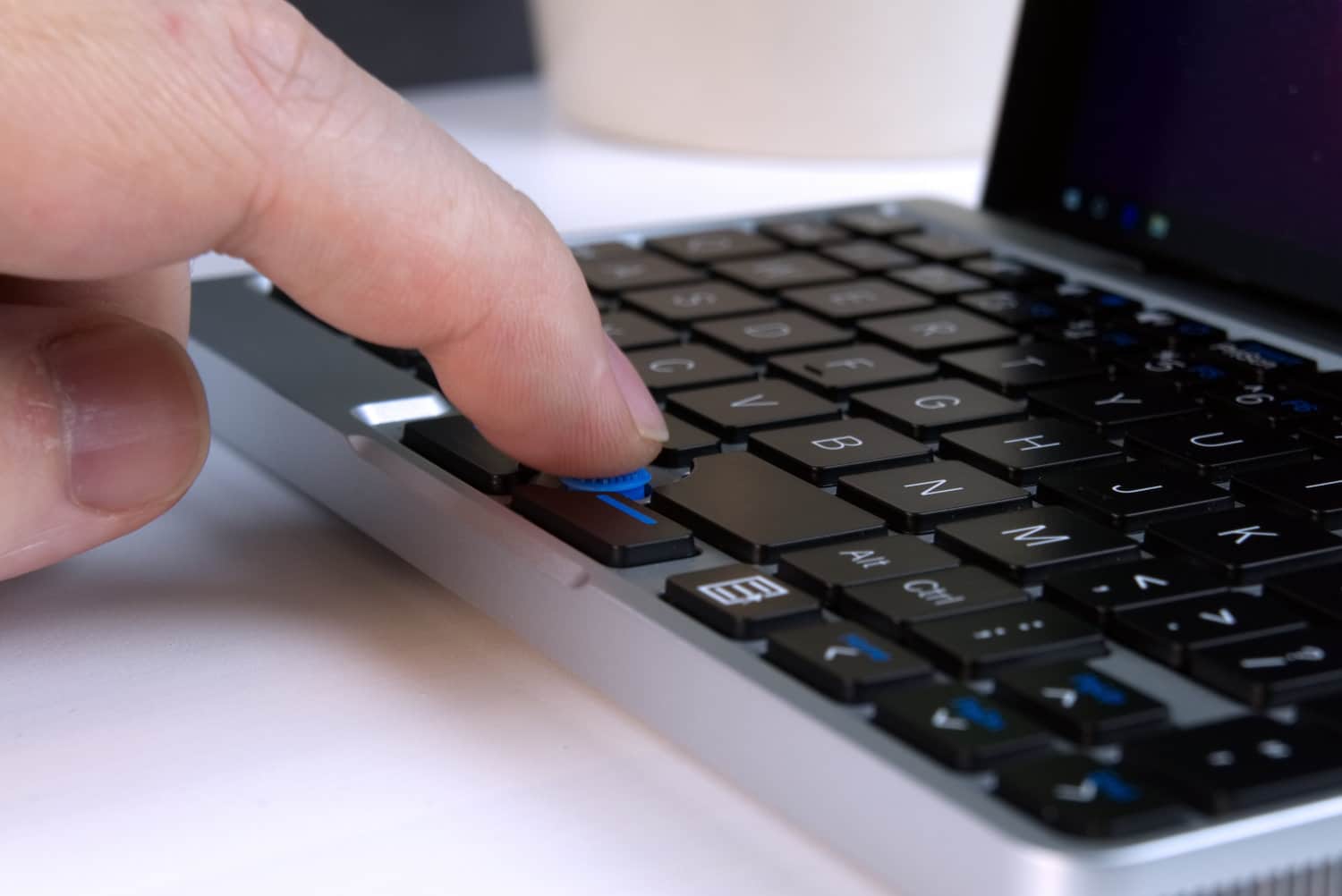 Back in the mid 00’s, there was a push for Ultra-Mobile PCs (UMPC) by some of the major players in the tech world. Bond used one to control his car remotely, Bill Gates was waving them around on stage; but they never really entered widespread use. The technology available at the time just wasn’t powerful enough to warrant their use and the rise of the cellphone quickly eclipsed them. Now it’s 2017, and they’re no longer the province of super-spies or billionaires. Low-power system-on-chips (SOCs) have emerged, battery technology has evolved, and operating systems have power-saving tricks up their sleeve — Is it time for a renaissance for the UMPC and can the GPD Pocket help make it happen?

From plucky startup GamePad Digital, the GPD Pocket is a strong entry in the world of UMPCs. The company has been in business since 2013 and their website proudly states they share 80% of the target market. Could it be that they’ve succeeded where the tech giants fell short?

On first unboxing the shipping container, I took note of the obvious care and attention paid to the design of the retail packaging itself. Everything told me that I should expect to find a premium device inside.

Removing the device from the anti-scratch protection, the GPD Pocket is housed in a machined-out, solid Aluminium-magnesium clamshell, much in the style of a Macbook. This is no bad thing at all, as I’ve long admired that style and it really drives home that premium feel that GPD is going for. There’s no flex anywhere, the hinge is sturdy and stays where positioned, and there’s a feeling of security when it’s in your pocket, that only a full-alloy casing can give. If a future iteration would come with a simcard slot and LTE I’d seriously consider leaving my beloved Android phones to carry this around instead. 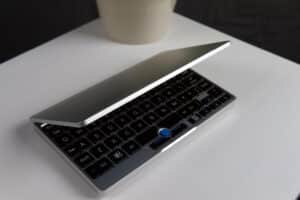 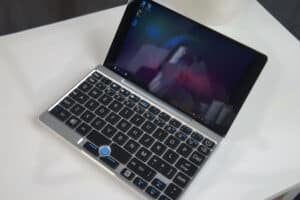 At a msrp of $599, the GPD Pocket doesn’t come cheap but you do get a lot of device for your money:

Just a few observations on the installed hardware: the GPD sourced tablet screens for this device, which solved the two complaints I usually have with laptop screens – bad resolution/color and inaccurate touchscreens. This device has a very nice quality IPS screen with no light bleed on the unit I received. The multi-touch capacitive screen is responsive and accurate, and I had no issues doing gestures like pinch to zoom. The 16:10 aspect on the viewable area is a nice touch, it serves to make it feel a lot larger than its diminutive size.

There were some reports about poor WiFi range on the initial batch. GPD has rectified this with newer drivers and I was connecting happily to the 5ghz band at 700+Mbps. Bluetooth worked well, and the Xbox One controller I was testing games with paired quickly and solidly. The installed 128gb of storage is about right for a device of this size, although I would like to see the possibility of a MicroSD slot for expansion in a future device, with cloud services this isn’t as necessary as it once was, however.

The Pocket has a Micro-HDMI, USB-A, and USB-C, and worked with all the keyboards/flash drives/controllers/mice that I had on hand to test with. Charging or data over the USB-C port is welcome; it doesn’t quite charge as quickly as some other devices, although I suspect there are thermal reasons for this.

Battery life is quoted at 12hrs estimated – I found that it was closer to 8 or 9 under light usage; obviously, gaming or watching video would bring this number down. The Atom SOC is powerful enough to handle Windows 10 smoothly while still sipping power, and 8gb of DDR3 is an unexpected bonus in a device of this size. I’d love to see a Ryzen APU version if possible in the form factor when those are available toward the end of the year.

The keyboard has an integrated mouse nub, with a nod to Thinkpads, and this is perfectly fine to control the mouse cursor on its own. Using the touchscreen was far more intuitive than on larger Windows devices I’ve used and made up for lack of a normal touchpad. The keyboard is slightly cramped, as you’d probably expect from a device of this size; this doesn’t stop it being easy enough to type on once you’ve re-trained some muscle memory and you could easily write on it (like this paragraph you’re reading now). Couple this with Windows inbuilt Speech Recognition, or using the touchscreen as a handwriting input, and you can get quite a lot of work done.

The UMPC market up to now has been held back on the software side, either by cut-down iterations of Microsoft’s OS, Android or proprietary OSes like Symbian; none of which really gave you enough power to do anything further than basic tasks. With the advances in battery and SOC technology, and Microsoft making full Windows 10 Home free for devices outfitted with a 9″ screen or smaller, I can honestly say this is the first device I’ve used of this form-factor that I feel comfortable using for productivity. It runs full versions of software, and while it probably would struggle to render edited video, it is perfectly usable for writing, coding, basic image manipulations, and other tasks.

GPD also supply an install package for Ubuntu, and I plan to test this at a future date. Both factory reinstall packages can be found on their website, in a section titled Firmware Downloads at the bottom of the landing page.

That’s not all you can do either. The Pocket is powerful enough to handle Minecraft or Rocket League natively (albeit on lower graphics settings), and can even handle Steam In-home Streaming with good results.

All in all, the GPD Pocket is the only Ultra-Mobile PC that I’ve used that does justice to the “PC” moniker. I found myself constantly surprised with how good it is, and the premium fit and finish is on par with devices above its price range. The only thing I’ve had to adjust to is one that is a product of this size/form factor: a slightly cramped keyboard.

If you fancy a Pocket-able device to keep on hand at all times for those flashes of inspiration, or if like me, you’ve had an UMPC desire since seeing Bond drive his BMW off a parking garage — this is the device for you.

If you want one, you can pick one up on Gearbest.

A sample unit was provided to KnowTechie for the purpose of this review.
Just a heads up, if you buy something through our links, we may get a small share of the sale. Click here for more. This post was originally featured on Medium.