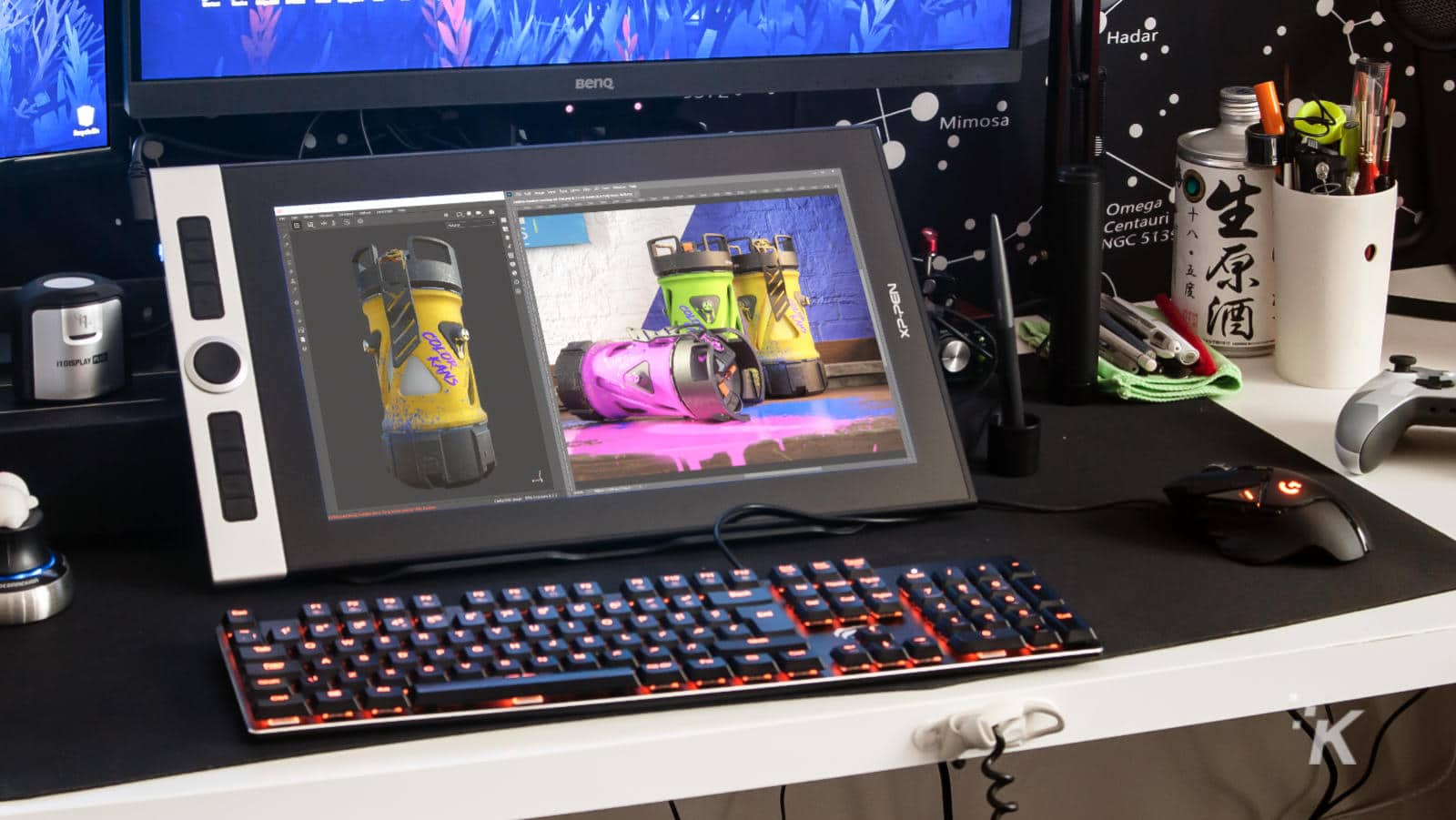 If you’re a budding digital artist or photographer, you know the pain of trying to create something using a computer mouse. It’s not fun, so the best upgrade you can make for your setup is a graphics tablet, so you can use a more natural pen interface to create. XP-Pen has been in the game for 15 years now (with their 15th anniversary just gone), making cost-effective, fully-featured tools for artists and other creatives.

Most low-cost drawing tablets don’t come with a display, just a pressure-sensitive layer that translates your pen strokes into digital representations. Recently that started to change, with manufacturers such as XP-Pen bringing the previously expensive screen versions to the lower price brackets.

We’re looking at one of their display graphics tablets today, the new Innovator 16, which was created for their 15th-anniversary celebrations. It’s a portable 16-inch screen with a battery-free stylus, designed to be easily carried to wherever your creative endeavors want to go.

So, what’s it all about? 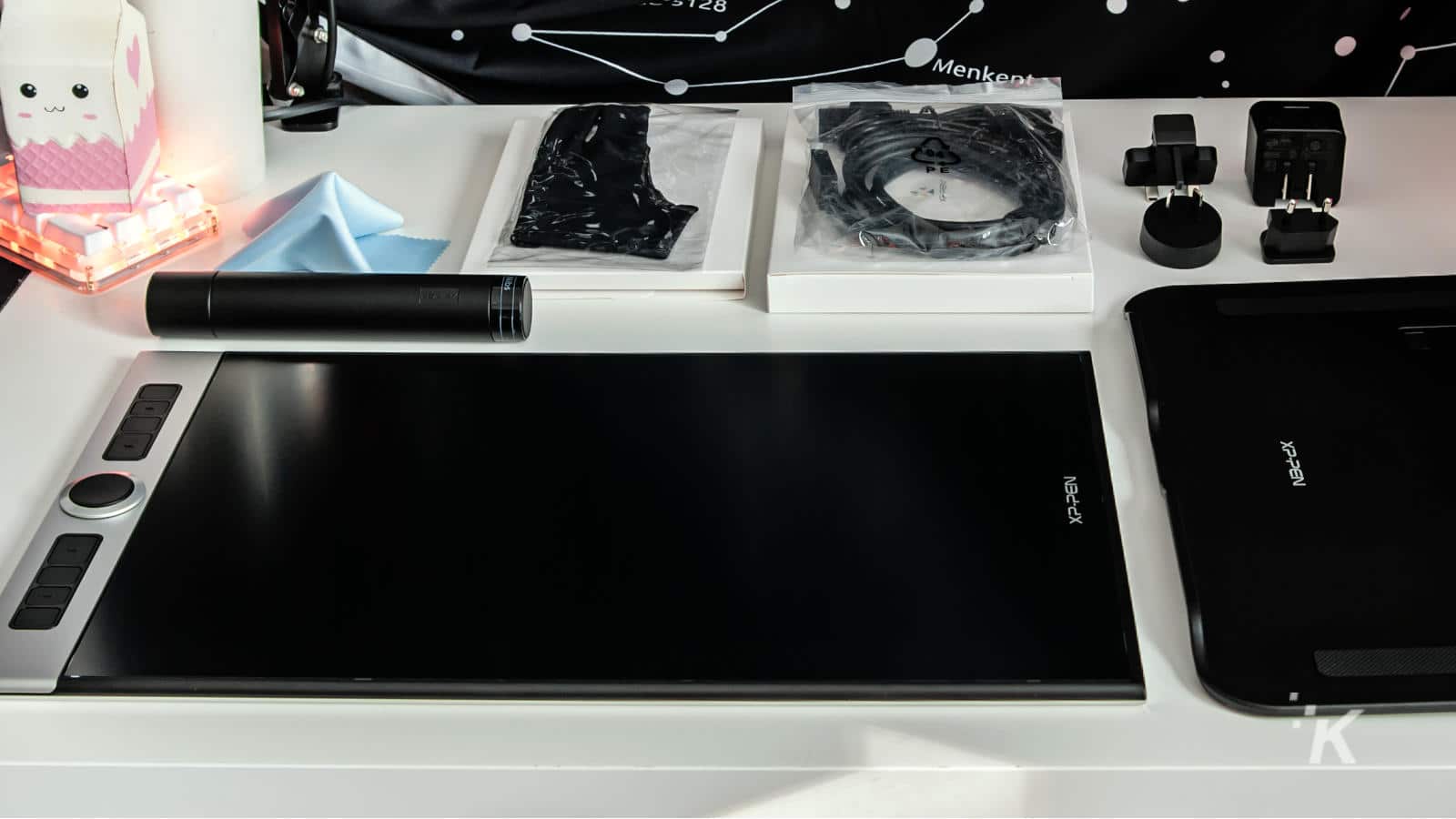 The XP-Pen Innovator 16 is a graphics tablet and display that’s built for portability. It has a 9mm profile (the thinnest display tablet on the market), and uses an all-in-one USB-C cable for power, signal and control. That’s pretty cool, since most tablets on the market require you to carry an ungodly number of cables to attach them to your computer. You can also use it with a USB-C only cable, but you won’t get anything displayed on it.

The screen is 1920×1080 resolution, with a panel that covers 125-percent of the sRGB spec and 92-percent of the AdobeRGB spec. That was tested with an iDisplay Pro Plus colorimeter, and those claims held true (something we’ve not seen before on a graphics tablet). It also covers 92-percent of the DCI-P3 spec, which is great to see. It’s also got a 16.4ms response time, which is fine for its intended use.

The screen is capable of 250cd/m for brightness, and with most photographers using 120cd/m or 80-90cd/m for editing, that’s fine. It’ll struggle outdoors or if your desk is next to a window with bright sunlight, but you shouldn’t be editing in those conditions anyway.

The digitizer brings 8192 levels of pressure sensitivity, and can also detect up to 60-degrees of tilt from the battery-free stylus. It only works with that stylus though, with no normal touch-screen digitizer onboard. It has eight shortcut keys that can all be user-customized, and two dials, a physical one and a touch-sensitive capacitive one. There’s no pre-set eraser end though, so you’ll have to manually swap to that tool in your software. 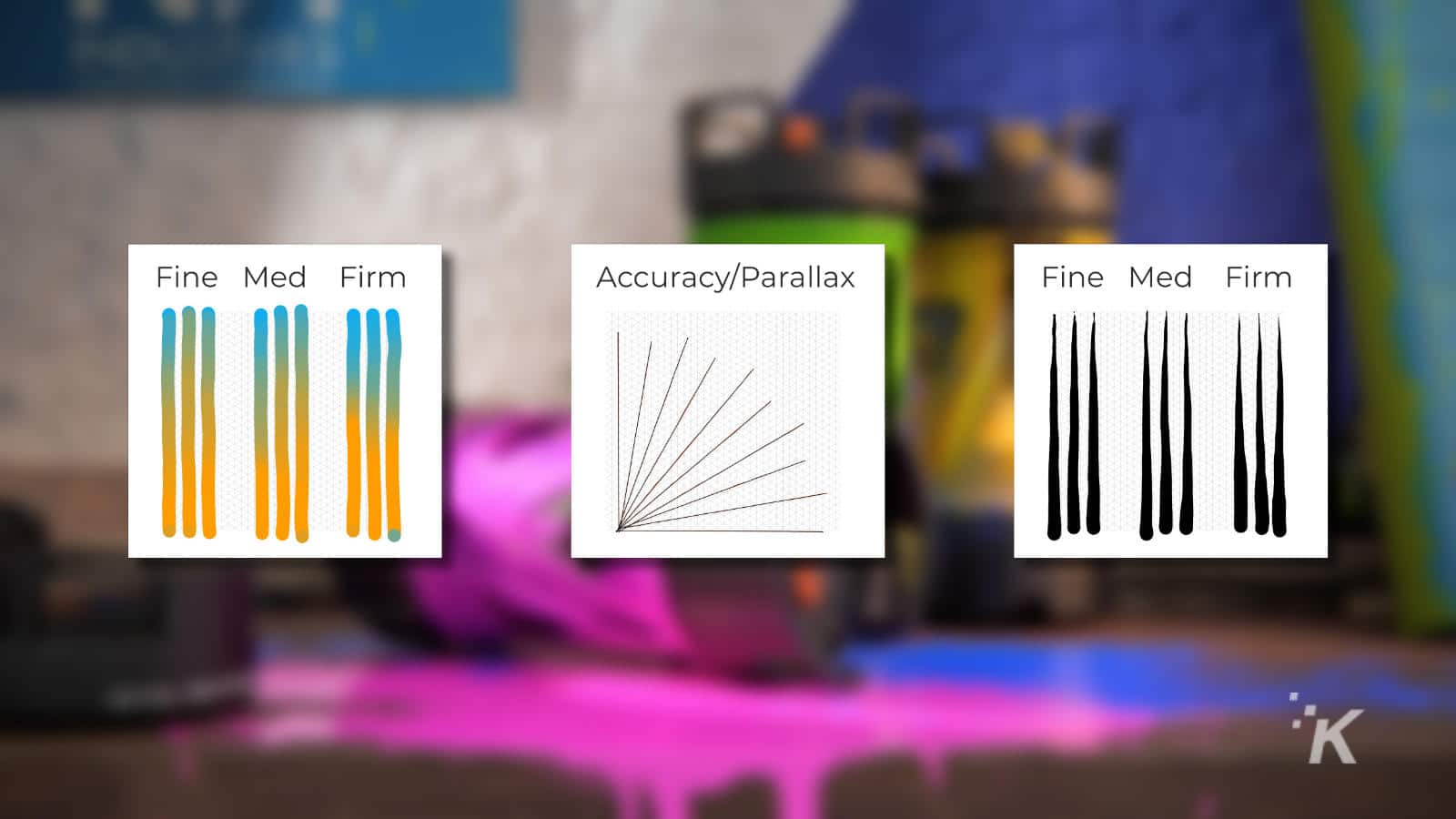 Specs only tell you half of the story with any graphics tablet, you also need to know how well it’ll work in practice. Are straight lines actually straight once drawn, or do they wobble or have other defects? Is the tablet’s software translating the pressure you think you are transferring into similarly stronger strokes? If you adjust pressure during a line, is it consistent every time in how it comes out? All of these things are very important, and the Innovator 16 is very good at the majority of these cases.

We got digital artist Valentin Surdila to put the tablet through its paces, and he ended up feeling so comfortable using it that it’s now his daily driver. Why? It feels natural, and the 16-inch size makes it easy to use for long periods of time.

The only minor glitch on the tablet is that when slowly drawing diagonal lines, some of them end up slightly wobbly looking instead of the straight line you intended. That’s not a huge issue for 3D artists, but 2D artists will want to adjust for this in their usual software package. Drawing diagonals quickly doesn’t result in the same issue.

The feel of the battery-less pen is natural, and importantly, the tablet stays cool even after prolonged drawing sessions. Some artists might miss having finger-sensitive touch screen controls, but then again that never works right in Windows 10, and if you want a touch screen, buy an iPad Pro and the Apple Pencil.

The rest of the onboard controls are very nice to use, with crisp, light buttons and responsive dials. Those dials are very sensitive though, which can lead to accidental inputs. The mechanical dial could do with some tactile feedback, like how your mouse scroll wheel has that clicky feel when spun, which would offset the sensitivity somewhat.

The last important thing to note is that the software and driver package is great. It’s on par with the industry-leading Wacom packages, where everything just works, without annoying glitches. Being able to save settings to an external file is fantastic so you don’t have to go through the setup process if you swap computers for some reason. If I could suggest anything to XP-Pen here it would be to add a sensitivity slider for the dial settings, to mitigate how easily they can be activated, and to set them according to personal preference.

So, should I buy the XP-Pen Innovator 16? 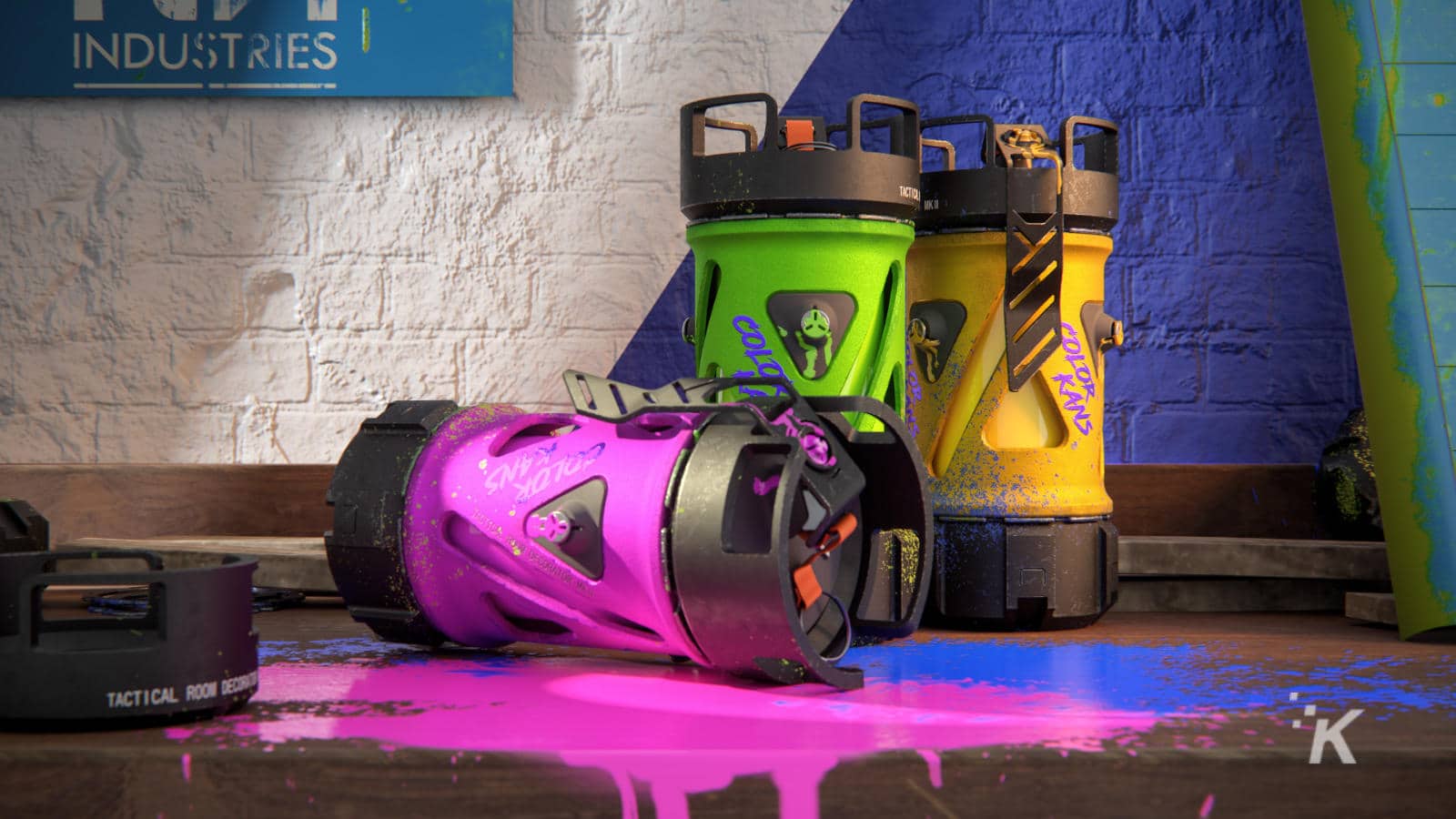 The XP-Pen Innovator 16 is a powerhouse of a graphics tablet for its $499 price tag. It might not excel in any one area, but that doesn’t matter as the overall experience is top-notch. The screen has great color coverage, the pen is very natural to use, it’s portable, solidly-built, the controls are user-friendly, and the software is stable and fully-featured.

Even the screen protector reliance isn’t really a minus, since you’ll really appreciate that when carrying the Innovator 16 in your bag. Brightness is fine unless you’re in direct sunlight, but literally, every screen has issues under those conditions.