Review: Yakuza 6 – The Song of Life

Kiryu’s last adventure is heavy, but it’s a journey worth taking. 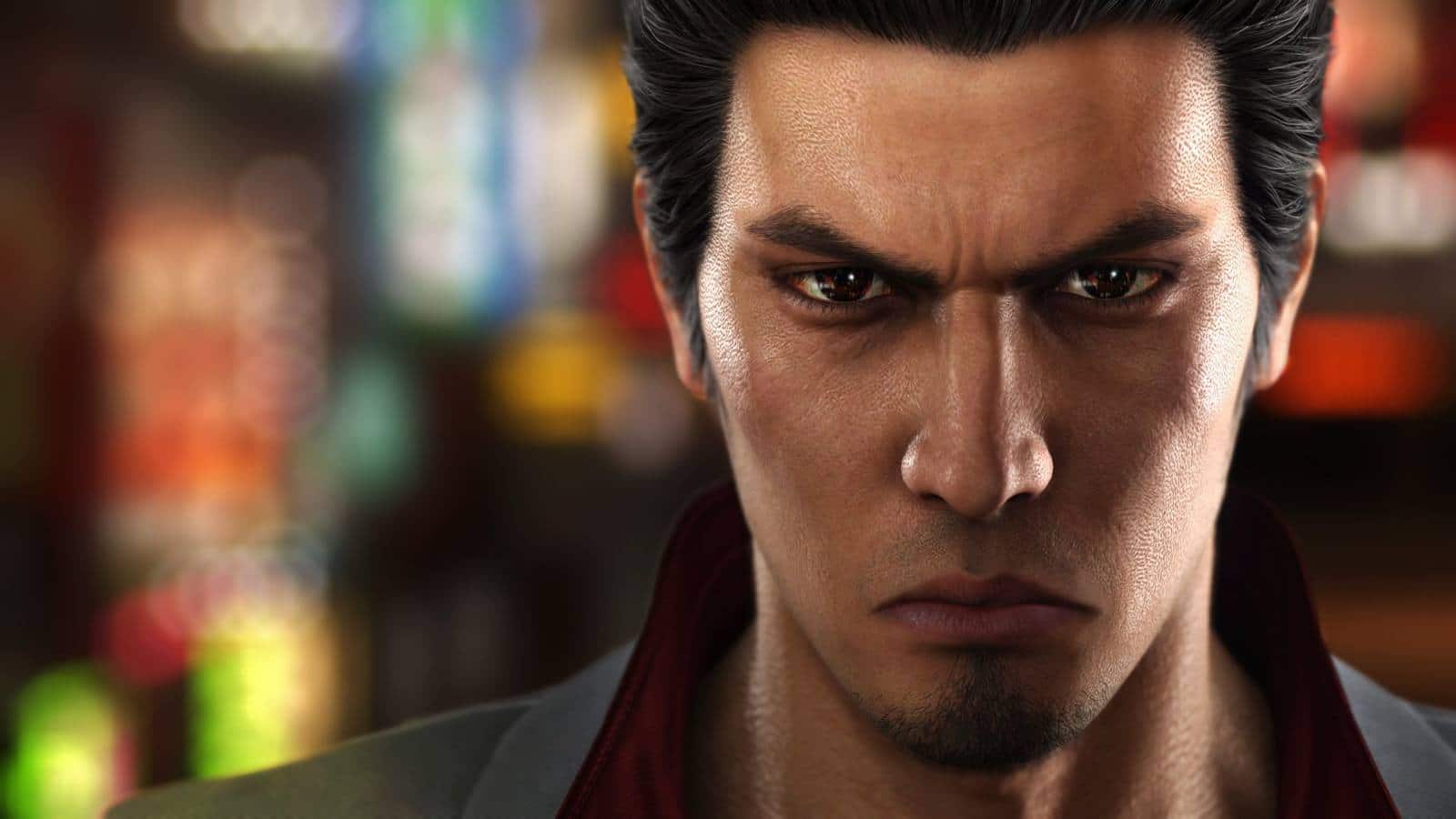 Image: Push Square
The Good
Great story
excellent voice acting
Improved mini-games
It's got NJPW wrestlers
and you get to fight Okada to his own theme
Looks fantastic on the PS4 Pro
Won't take 300+ hours to Platinum
The Bad
Mini-games are improved but there are fewer games
Ultimate Heat Mode is pretty much worthless
Fans of the franchise will miss Majima and others
8.5

Yakuza 6, the last go-round for series protagonist and all-around badass Kazuma Kiryu. In what promises to be Kiryu’s final story, Yakuza 6 takes a much more serious and methodical tone than previous games in the franchise. Don’t get me wrong, it’s still Yakuza at heart, but if you’re coming straight from Yakuza Zero, Yakuza 6: The Song of Life is definitely a lot more emotionally heavy and far less silly than what you’ve come to expect.

If you’re new to the Yakuza franchise, Yakuza 6 comes with a quick recap of each of the stories from Yakuza 1 through 5, though oddly there’s no recap of Yakuza Zero. Yakuza Zero, being a prequel to the original Yakuza game is, for the most part, kind of irrelevant to the story here, but you miss quite a bit if you were to have started with Yakuza Kiwami, which is a remaster of the original Yakuza game released earlier this year.

It’s nitpicking, but if Yakuza 6 is your first foray into the story, I implore you to play Yakuza Zero before you play any of the other games so you know more about what makes Kiryu and other characters who they are. Minor gripes aside, Yakuza 6 brings a lot to the table in both quality of life changes for the franchise, as well as being a Yakuza game that won’t take you hundreds of hours of grinding minigames for the Platinum trophy.

As I mentioned earlier, Yakuza 6: The Song of Life is an emotionally heavy game. Kiryu goes to prison, gets out, only to find out Haruka has left the orphanage that they co-founded and no one knows where she went. Kiryu goes looking for her, only to find out that she’s been hit by a car in Kamurocho, and she was found clenching a baby. Kiryu looks after Haruka’s baby (Haruko) as the case of what happened to Haruka, why she was in Kamurocho in the first place, and what’s really going on starts to take form. The familiar cast of miscreants that Yakuza’s franchise is known for takes a bit of a backseat to introduce a whole new slew of characters – including one played by legendary Japanese actor Beat Takeshi. It’s a bold move putting the usual suspects on the backburner, but Yakuza 6’s story may actually be better because of it.

The story is well written, with tremendous voice acting (you don’t need to understand Japanese to appreciate emotion and feeling) and there’s enough twists and turns to keep you guessing if you’re a person who loves trying to figure out “whodunit” while watching crime drama movies. Chances are, you’ll be just as surprised as I was when it’s all revealed. That said, I would have liked a little more familiarity and time with some of the beloved returning characters. It’s hard not to want to see them again, especially Majima who’s just so damn fun. Shelving them with a jail sentence worked to take them out of the story, but it’s probably my biggest gripe with anything you might deem “lazy” in the writing. Though taking those characters out means having to endear yourselves to the new guys, and ultimately it winds up for a fair payoff, but I don’t want Yakuza 7 without more Majima.

Yakuza 6: The Song of Life features the all too familiar mini-games that you’re accustomed to finding in Yakuza, but there aren’t nearly as many in Yakuza 6 as you’ve come to expect. Instead of having 100 different things to play or do, the mini-games are revamped and feel like they’ve got more weight and meat to them.

Mahjong is a pain in the ass and I’m terrible at it and is probably the weakest of the mini-games in terms of how it plays. It’s got a boatload of instructions but feels clunky and I really didn’t enjoy it. Speaking of mini-games, there’s one section where Haruto is crying and you have to play a mini-game to soothe him. It’s terrible, they don’t explain how to know what to look for in order to soothe him properly, and it’s extremely annoying. Thankfully, that’s only available in one chapter and while you have to do it several times while going to your destination, it still really sucks.

The batting cages are vastly improved from the system in Yakuza Zero, and the baseball simulator is a neat idea, but far too RNG for my taste. The internet chat with the softcore idols is creepy and feels pretty uncomfortable to play, but there are some absolutely hilarious comments made by the other “chatters” which helps break up the tension. I also dislike the cabaret club mini-game because the idea of conversation with cards never really flows well and it’s often difficult to make progress if you can’t shuffle the cards and keep your chains up. Spear fishing is pretty damn awesome, and easily the best mini-game that isn’t tied to a side quest.

Speaking of mini-games, let’s talk about the best side mission set in Yakuza 6: The Clan Creator. While it’s not fleshed out very well, Clan Creator has the potential to be a lot of fun. It’s somewhere between a mix of RTS and Tower Defense, but it’s not very clearly defined. Most of the time you’ll dedicate to dropping your task squad of leaders out onto the field and doing everything you can to keep them alive, but the grunts you can place to supplement them are programmed badly and often wind up to the fight either way too late or sometimes not even at all.

There are five different types of support units: Fist, which is all around balanced units that fight with bare hands. Guns, which are units that stay ranged and shoot. Grenadiers, which obviously stay at range and throw grenades for AOE damage. Muscle, which is essentially tanks but can’t seem to take a hit worth a shit and they’re slow as fuck. Knifers, which obviously fight close range and stab all the things.

Depending on your leaders, you can deploy each of these types of units, and if you have leaders with multiple types, they reduce the amount of energy it takes to deploy those units. All the ideas are there, but the execution sucks. My leaders typically ransacked the field as I played, and I basically only put down grenade type units because they were the only units who could somewhat keep up. In fact, I won most of the battles by only deploying the strike team and no other units.

I might be slightly biased to my enjoyment of Clan Creator not because I like RTS or Tower Defense games, but because I am big fan of professional wrestling and the Clan Creator’s story involves Kiryu and a guy named Joe taking on a gang who is supposed to be protecting normal citizens from the Yakuza and other hoodlums known as JUSTIS.

If you know anything about wrestling, you will immediately recognize the leader of JUSTIS as none other than IWGP Heavyweight Champion Kazuchika Okada from New Japan Pro Wrestling. JUSTIS is a comical play on Okada’s NJPW stable CHAOS, and joining Okada for cameos are his CHAOS companion Yano Toru, Satoshi Kojima, Hiroyoshi Tenzan, Tetsuya Naito, and the 1/100 ACE himself Hiroshi Tanahashi. All of the New Japan characters are voiced by the wrestlers, and their heat actions are their real-life wrestling moves. This means Okada does the Rainmaker clothesline, as well as Naito doing Destino, etc.

All of the Clan Creator battles lead up to a final encounter with Okada, and perhaps the coolest part of the fight is that his wrestling theme song (suitably named Rain Maker) is played during the battle. It’s easy for games to put people in for cameos that don’t really do them justice, but Yakuza 6 treats the wrestlers with the utmost respect – perhaps the most respect I’ve seen any game give a guest character who’s playing their real-life persona. Everything is absolutely excellent, from Yano’s flippant attitude, down to Naito continually speaking as he does, adding random bits of Spanish into his speech, while always reminding everyone “Tranquilo! Assenayo!”

Combat is good, but those coming from Yakuza Zero are going to likely miss the ability to change fighting styles. It’s okay though, because once Kiryu learned who he was and adopted his Dragon of Dojima combat stance, there’s no reason to continue the alternate styles (which you’d know if you played Yakuza Zero extensively) and while at first I kinda felt like it was a step backward, ultimately once I thought about it I understood the design choice.

What’s a real bummer is the Ultimate Heat Mode which you can enable once your gauge is full. It allows you to break defenses and perform crushing combos, but they’re ultimately weaker than if you save your stored heat for weapon interactions. Why spend all of your orbs on one combo that will do 30% damage, when you cause to use them to continually slam someone into a wall and do 80% damage? When in Ultimate Heat Mode, you also automatically pick up weapons near you (including some weapons that you can’t normally pick up like tables) and it’s just awkward and, frankly, badly implemented.

While the story and overall tone in Yakuza 6: The Song of Life is more serious than previous titles, that doesn’t mean there aren’t some goofy things that continue to make Yakuza 6 feel like its predecessors. There’s a side mission to help someone running a cat cafe get cats, so Kiryu has to buy cat food and feed strays until they like humans at which point the cat cafe people come pick up the cat and it shows up when you go to the cafe later on. There’s also a good side quest string where you’ve gotta find merchandise of Haruka from her idol days for a little girl who’s a huge fan, and a super silly string of quests where you dress as Ono-Michi, mascot, and hero of Onomichi.

All and all, Yakuza 6: The Song of Life is a great game. The story is excellently told, the side quests and mini-games are fantastic, and the game runs really well on the PS4 Pro. There are a few things that keep it from being quite as good as Yakuza Zero was, but this is still a terrific Yakuza game and it’s an excellent starting point for anyone new to the series.

Yakuza 6: The Song of Life was played on the PlayStation 4 Pro, and was provided for review by Sega.