Samsung teases us yet again with their “Next Galaxy” campaign 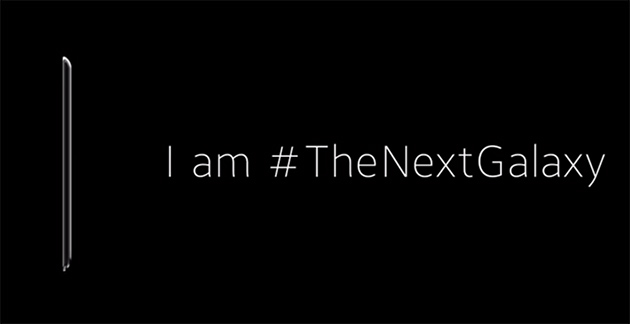 Nobody likes a tease, especially when it comes to promoting a new phone. Samsung, in anticipation of its Galaxy S6 release, is sparing no expense when it comes to marketing and PR. Over the past couple weeks the company has subliminally been teasing us with phrases and tweets such as “crafted from the beautiful things I see around me.”  (Sounding a bit like Steve Jobs, are we?)

Excuse me while I go barf.

If you’ve been keeping up, we’ve posted a few stories and rumors circling around the Samsung Galaxy S6. If you’re just reading this now, you can catch up here and here.

Now here’s where things get a bit confusing. According to numerous reports, Samsung is planning on releasing 3 different models of the phone. Speculation tells me one phone will be curved, one straight, and who knows about the third mode, fingers crossed for a flip phone though.

Last week, the company teased us with a tweet that showed a phone with a curved display:

What’s next? The answer will be revealed March 1st at #Unpacked. #TheNextGalaxy pic.twitter.com/h6wve2BFWJ

Today they tweeted this:

They even included this ambiguous video, which clearly doesn’t explain much:

I am #TheNextGalaxy. See what inspired me at #Unpacked. https://t.co/r9hNJnrMP5

At the end of the day, this is all one big marketing stunt to lead up to the big day when Samsung unveils this long awaited phone at the Mobile World conference next week. Will it live up to the hype? Samsung better hope so.