Smartstones is a wearable device that lets you send messages with swipe, tap, or shake gestures. 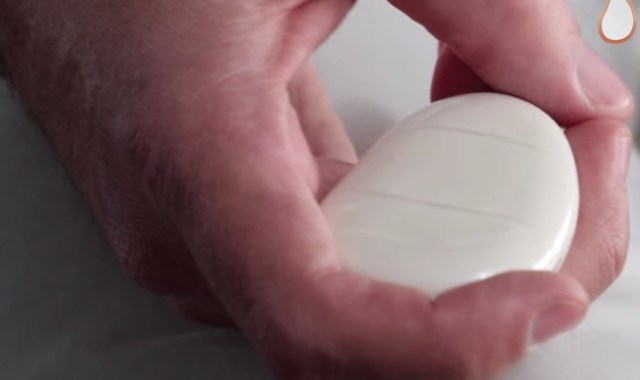 One of the most frustrating things a person can experience is not being able to communicate with a loved one. Whether they’re unable to speak, move, or even lack the basic communication skills we all take for granted, being able to convey a message can be challenging. What if you could say hello without ever breathing a word? A newly launched Indiegogo crowdfunding campaign, SmartStones, thinks they may have the answer.

SmartStones is the first wearable that allows you to send messages with tap, swipe, and shaking gestures. This touch communication device is the first of its kind, and they’re creating the world’s first language of non-verbal communications, all done through something resembling a stone.

“Most of us take communication for granted, until we can’t communicate. At SmartStones, we’re pioneering a new method of non-verbal communications that bring people closer together. Technology is remarkably powerful, but it’s also really complicated. And when you’re dealing with children, older folks, or even time-deprived professionals, simplicity is what matters” SmartStones founder, Andreas Forsland, describes in the video above.

In today’s world, there are a millions ways of communicating with other people. There’s Twitter, Facebook, or Instagram. What SmartStones wants to do is rather than having a communication mode with hundreds of people, they believe that you need to have communication methods with the people who matter most.

Since there’s no operating system to learn or any fancy dials to turn, messages with Smartstones can be performed by simply tapping, swiping, or shaking the device. A spokesperson for Smartstones told KnowTechie in an email “the recipient stone will illuminate and vibrate in an easily recognizable color and light pattern combination called a HapticonTM. The pebble-like communications device connects users to their loved ones at a fundamental level from anywhere in the world, allowing them to feel their feelings, their location, or convey a basic need or request.”

Smartstones are packed to the gills with sensor technology. The device can detect motion gestures, multi-touch taps, and swipes. From there, the information gets sent in a small data packet over the internet to other people in your network. Recipients can receive the messages in the form of either a text, voice, in app message, alert, or lastly, the Smartstone.

READ MORE: This AI lets you talk with your loved ones after they die

There are tons of ways you can use this remarkably amazing device. You can use it when you’re driving, riding a bike, or even while at work. Forsland adds “if you’re in a situation where you need to send a message but don’t want to pull your phone out, use your Smartstone.”

The simplicity of Smartstones Touch has unique applications for children, the elderly, people with disabilities, and anyone who struggles to communicate. If you’re looking to support the cause, head on over to their Indiegogo page and contribute to their crowdfunding campaign.