Sound Heroes is the most contrived Bluetooth speaker on Earth

Because everyone needs a giant robot statue taking up an entire coffee table in their house. 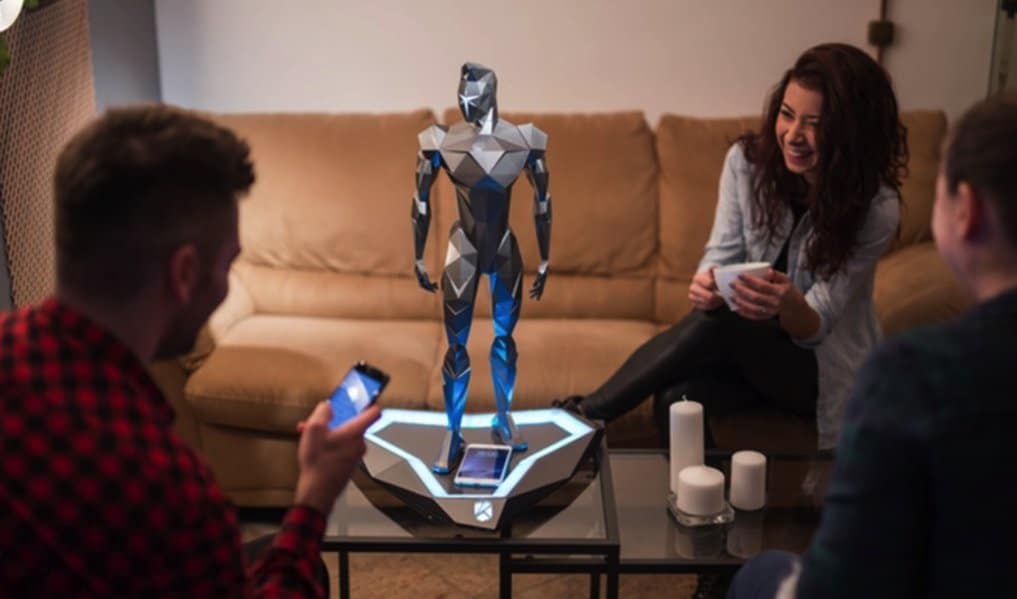 In yet another edition of “Why the fuck does this exist?” news, Indiegogo’s got a campaign for the most unnecessary Bluetooth speaker in the history of human innovation.

Carved from the remains of a throwaway block of polygons comes the Dollar Store version of Ultraman that’ll run you a whopping $440 if you don’t buy it during the Indiegogo campaign. While it’s a gigantic eyesore, it’s got some pretty sweet tech under the hood.

This giant robot dubbed AD’OM plans to continually stand guard and preserve your virginity by taking up half your living room while simultaneously offering you a whole bunch of options that you never asked for in a Bluetooth speaker. The robot stand features wireless charging technology that can charge any of your devices that have wireless charging capability, or if you don’t, they’ll provide a free adapter. How generous.

In addition to the wireless charging, the Robot also doubles as a lamp because the base features a 16 million RGB color band that lights up things like your keyboard and pretty much every other gaming device you might already have in your house because of course, it does. You can change the colors and all that jazz from a smartphone app because it’s the future of technology.

Not only does it light up, but it’s also got an included smoke machine – because why the fuck not? – and if that doesn’t impress you enough to jump right on the train to WasteOfMoneyVille, the thing also has the capacity to function as a wifi extender. If you’re a mega dork, you can link a bunch of these together and jam out the Mighty Morphin’ Power Rangers theme while you dance around in your ass-stained He-Man Underoos before taking a break to slap the ham to Chaturbate.

There’s a bunch of colors included as well, so you can just buy a white and green one and tell people it’s Genji from Overwatch if they ask.

There are also two sizes so you can decide how much of a nerd you really are, and the specifications are here too because I was far too lazy to cut it out of this picture that I gloriously borrowed from their Indiegogo page.

The smaller and less embarrassing model will run you about $200, while the total virgin centerpiece version will run you $440. Because people love the idea of supporting terrible ideas, this thing has raised over $325,000 and is estimated to ship in October of 2017. If you wanna jump on this.. uh, thing.. feel free – but notice that the speakers in the small ones are only 20 Watt, so it’s clear the speakers are the least important part of this “speaker”.

Buy it just for the sweet Karma and upvotes you’ll get for posting it on Reddit and Imgur – just don’t come crying to us when you realize how many hookers and bags of blow you missed out on in favor of trying to impress people who won’t come to your house.