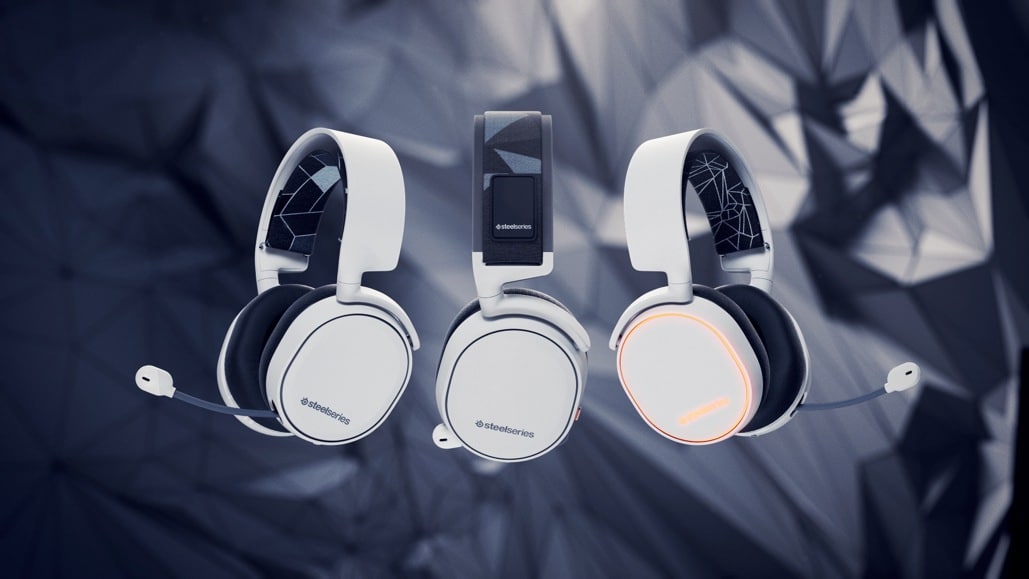 I bet you thought Steelseries headsets were bulky, gaudy and complex? Think again!

At E3 2016 Jonathan White and I met with Steelseries and were introduced to an unnamed prototype headset that was tucked away from the show floor and hidden behind an NDA (non-disclosure agreement).

We’ve both worked with Steelseries quite a bit in the past and our little meeting opened with some questions about what we thought the perfect gaming headset would be. I immediately pointed out that I’d like to see a real mic on these headsets, as the best mic I’ve ever saw was on a Sennheiser. I was told about the improved mic that the new headset had and how this was a focus on the new headset.

We also discussed audio quality, which we were told the new headset would be impressive as well. We didn’t get to see them in action yet, but they looked simple and a departure from Steelseries’ normal offerings. That was our first exposure to the Arctis line of headsets.

Now that they are officially announced, there is a lot more info we can share about the headsets. There are three different models, but even the cheapest one debuts with impressive features, although they all feature the new s1 headphone drivers and the Clearcast mic.

The series currently consists of the Arctis 3, which is a 7.1 headset that connects with a 3.5mm plug. This model is perfect for use with Xbox One and PlayStation 4, as well as PC and mobile devices. The new look of the headset keeps things simplistic but won’t make you feel like you need to keep them in the house or risk looking like a dingus.

The Arctis 5 heasdset continues the original quality of the Arctis 3 but offers RGB lighting and USB connection for ease of use. Of course, the 3.5mm is still an option for console gamers, but with the Arcus 5, PC users will be able to make use of the color options that many Steelseries headsets have had before but making use of the LED accents on the headset.

The real cream of the crop is the Arctis 7 headset. A fully wireless and lag-free headset, the Arctis 7 offers the same audio options that are included with the prior models but still has wired options for console use.

When we saw the prototypes for these models, we were also informed that Steelseries didn’t want gamers to feel like they were losing their ability to customize their headsets. There is a ski goggle headband that keeps the headset fitted to your head in all models. This band can be swapped out to look awesome with a variety of options Steelseries is selling.

They weren’t at E3, but I really like the designs that are available on the Steelseries website. They seem to go great with both the white and black models (although I totally prefer the black). I like the simplistic look of this headset, yet it feels durable enough to survive in my house with the kids abusing it.

Steelseries has a history of being solid

In the past, I’ve used many of Steelseries’ products. Although I have the Astro A50 headset and the Kingston HyperX headset at my desk, I still find myself coming back to the to the Siberia 800 because of how flexible it is to my normal office use. This is interesting because I always felt it was a solid 8 headset, whereas some of the other headsets score higher but just lack that flexibility at the end of the day.

The Arctis series seems to take what worked well in the prior models, but also went back to the drawing board to make gaming headsets great again!

Yeah, I went there.

Take a look at Steelseries’ site to preorder the headsets and to see their wonderfully animated launch pages for the Arctis headsets.