Review: The Evil Within – #GameTechie

The Evil Within is a game that pays homage to the classic horror-survival genre. Check out our #GameTechie review!

The Evil Within, developed by Tango Gameworks and released by Bethesda, has you playing Sebastian Castellanos, a cookie-cutter detective who gets thrown into a maddened world with only a slim chance of survival. One minute, you’re solving a run of the mill case, the next you’re hanging upside down in a meat processing facility. TEW is classified as “survival-horror,” but mainly uses gratuitous amounts of blood and gore to propel this idea. It works, but only for about 20 minutes. After that, players will be completely desensitized to the gallons of red soup, and most of the “horror” aspect is gone.

A Trip Down Memory Lane

The Evil Within feels like it would be right at home on the Playstation 2, which shouldn’t come as much surprise when you realize that TEW is the brainchild of Shinji Mikami of Resident Evil fame. Instead of feeling like earlier Resident Evil titles that relied on atmosphere and genuinely scary moments, however, TEW takes cues from Resident Evil 4 and relies more on survival, carnage, and headshots; which brings us to the glaring problem with The Evil Within…. 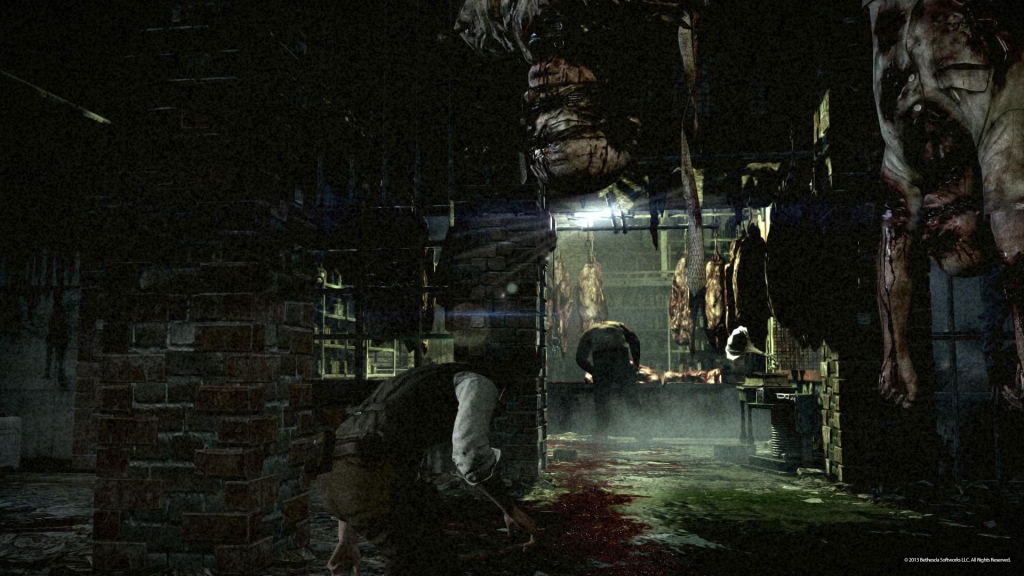 The scariest thing about The Evil Within is its atrocious camera. Whether you’re trying to hide behind boxes or pop an ax wielding foe in the head, the camera will fight against you the entire time. To make matters worse, when you do manage to wrangle the camera long enough to get a well-placed shot off, many times enemies will not even go down with one shot to the head. No biggie, right? Shoot again. The only problem being that finding ammo in The Evil Within is about like finding a legendary engram in Destiny, it almost never happens (except on Casual mode; but I ain’t no filthy casual, ya dig?) For me, the scarcity isn’t the problem, I respect a challenge, but you haven’t felt true anger until you’ve released your last pistol round only to have the camera do some sort of funky jig mid-shot making your bullet go astray.

Well, just punch ‘em, right? Well, you can, but you will most likely die before knocking even one enemy down.  Not helping matters, Sebastian seems to only know one type of melee attack; this awkward lunge/superman style punch that leaves you completely defenseless, meaning that many times you will find yourself fleeing as enemies descend upon you.

All of this would be completely acceptable if TEW had a camera that was actually beneficial to running and hiding, but many times you are left rotating the camera like a madman as you run into walls, obstacles, and deadly traps (which are littered throughout the levels). While hiding, the camera works against you the entire time as you attempt to see if you are actually behind cover or if there is even an enemy nearby.  And let’s not even talk about the fact the game is played entirely in a letterbox style format, leaving black bars across the top and bottom of your screen the entire time. 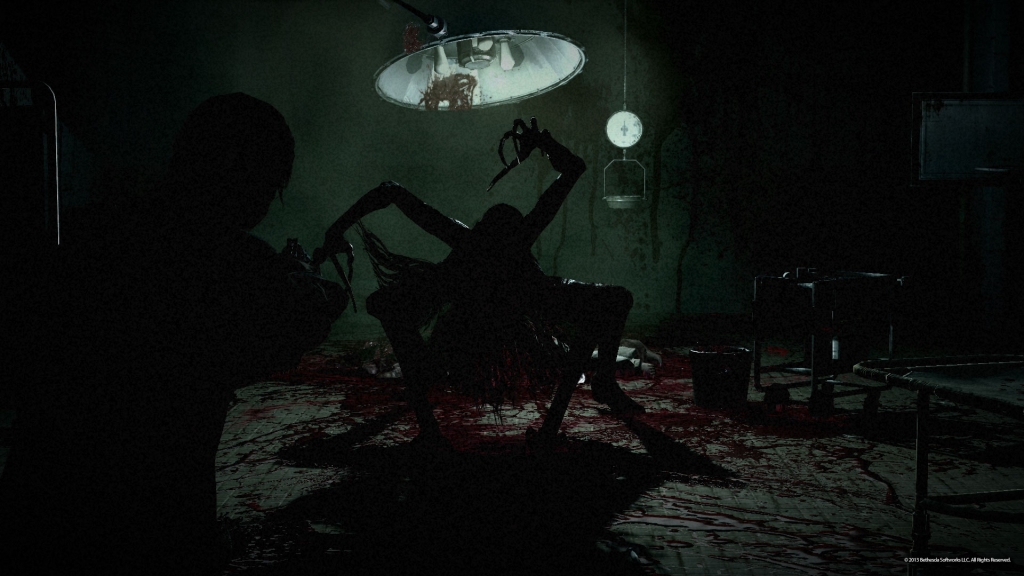 Fight For Your Life

Boss battles easily offer some of the most intense segments of The Evil Within and are extremely difficult, but not always in a good way. Many times you are left wondering if you are even doing damage, or if you should just run away. It’s not necessarily a bad thing, and figuring out how to go about the battles is extremely rewarding, it’s just not for me. It is too much trial and error trying to figure out the proper course of action. Experimentation is fine, but having to sit through some relatively long load times each time you die kills any excitement you may have while figuring out each boss’s weakness.

The scariest thing about The Evil Within is its atrocious camera.

Overall, even with all of the criticism, The Evil Within is exactly what it set out to be – a homage to classic horror-survival. Extremely hard, sluggish controls, with very little forgiveness. There are some very ominous moments that will leave you in chills, but the problems well outshine the good. If you are a fan of classic Resident Evil games, you will probably enjoy TEW, otherwise, DON’T DEAD OPEN INSIDE.

The Evil Within was reviewed using the Xbox One console.
Pictures courtesy of Bethesda