Light Phone is the shameless dumbphone that just makes sense

The creators claim Light Phone to be “the phone away from phone” that fits in your wallet. 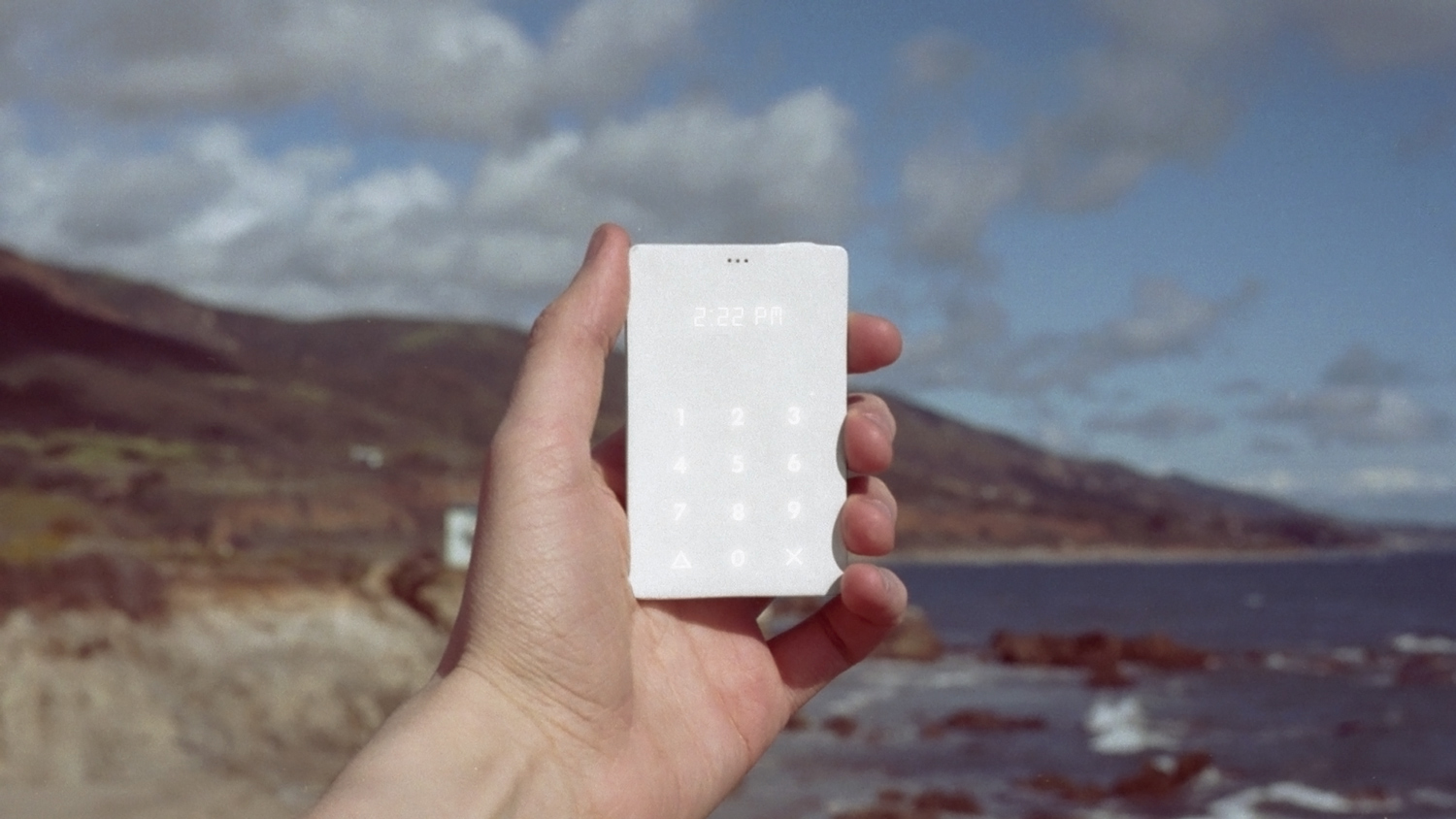 It’s light, small, sleek, and it has an eternal battery life. What is it? It’s the Light Phone, the proud anti-smartphone that goes back to basics.

Forget about browsing, using apps, texting, or even looking at a screen. What Light is crowdfunding on Kickstarter is a screenless credit card-sized device that only makes phone calls—oh, and show the time.

The Light Phone uses a minuscule dot matrix LED panel as a display and an LED-lit touch module as a number keypad. This means when it’s not in use, it could pass as a slightly thick white card that you can hide away in your wallet. It’s that slim.

Light Phone’s battery lasts 20 days and it comes with a pre-paid SIM card preloaded with minutes. You can also store 10 speed-dial numbers, and with the help of an app on your smartphone, forward your calls to the Light Phone.

The key to the Light Phone is how it’s marketed. It targets customers that depend on their smartphone way too much and thereby have little freedom to see the outside world, or lack the time to have pensive or creative moments. The $235,888 pledged so far indicates that Light’s presumption couldn’t be closer to the truth.

There’s other uses the creators claim that the Light Phone could have. For instance, a first phone for kids, long trips, or times when your fragile smartphone is at risk of breaking. Even so, Light’s overarching message is that letting go of your smartphone every once in a while could be the smart thing to do.

As smartphones get smarter, dumbphones get dumber. The irony here is the line between smart and dumb is getting harder to draw.

You can get your own Light Phone by pledging at least $100 to its Kickstarter project. Estimated worldwide delivery is May 2016.