Now you can weed out some of the bad and maintain some discretion. 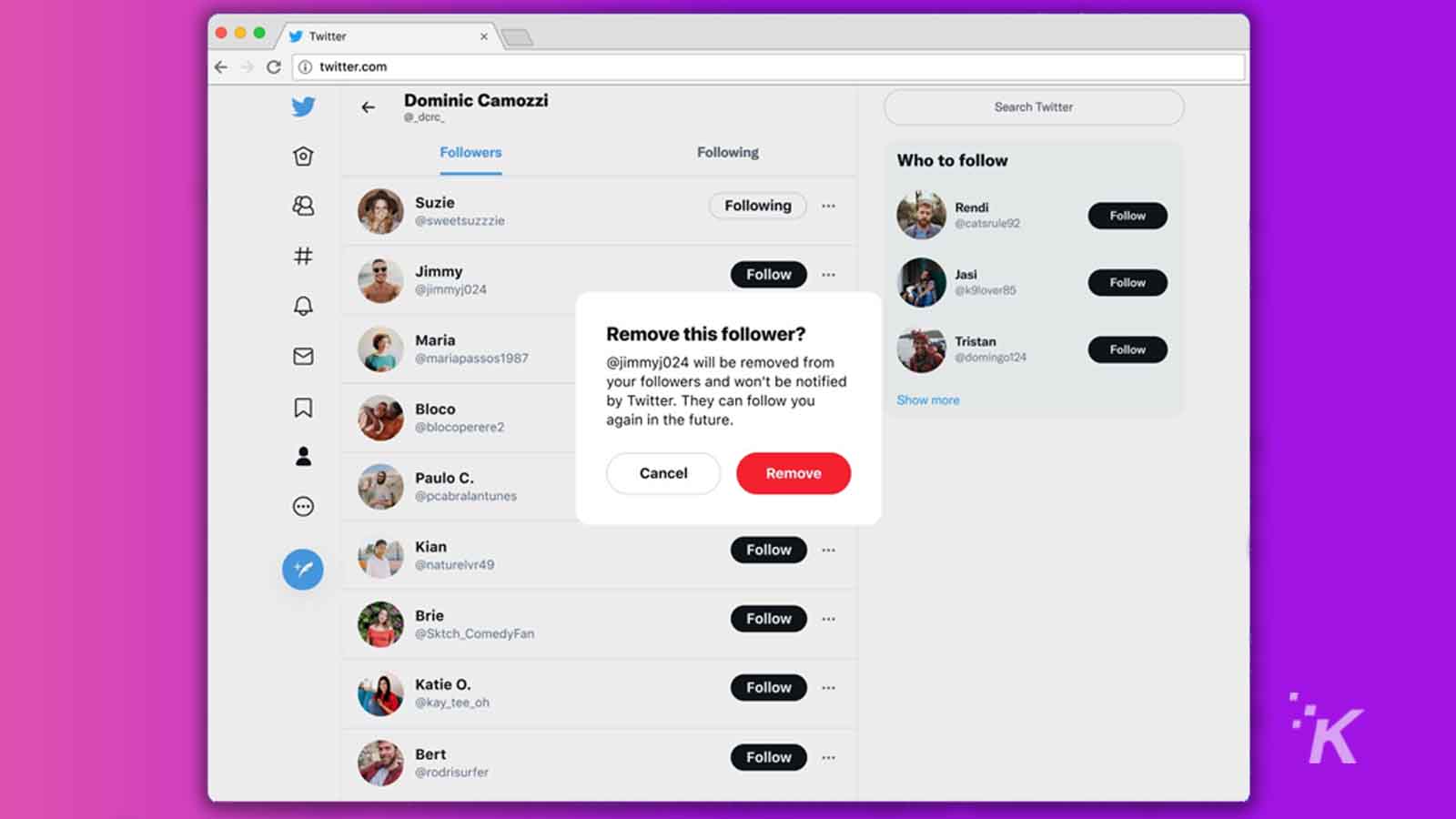 Over the last few weeks, Twitter has been testing out a feature that lets users remove followers without fully blocking the profile. Now, the company has announced that the feature is ready for launch and will begin rolling out to everyone starting earlier this week.

The company announced that it was ready to roll out the feature to everyone in a tweet this week. The feature had initially been in a testing phase over the last few weeks. It seems that early testing of the feature was a success, and now it is available for everyone.

Of course, Twitter has always had the option to block an account completely, but this new feature works a little differently. When you block someone, they can act irrational and retaliate using secondary accounts or through their friends. Removing followers hopes to eliminate some of the potential for that irrational behavior by stopping an account from seeing your content discreetly.

Instead of blocking a user completely, removing followers allows you to stop someone from seeing your tweets while maintaining some discretion. When you access your followers’ list on the web app, you can click on the three-dot menu to bring up the options and remove any follower from there.

Removing followers like this doesn’t stop someone from seeing your public tweets, however. You’ll still have to block a profile if you want it completely barred from content that you share.