It feels real. Except, it isn’t. 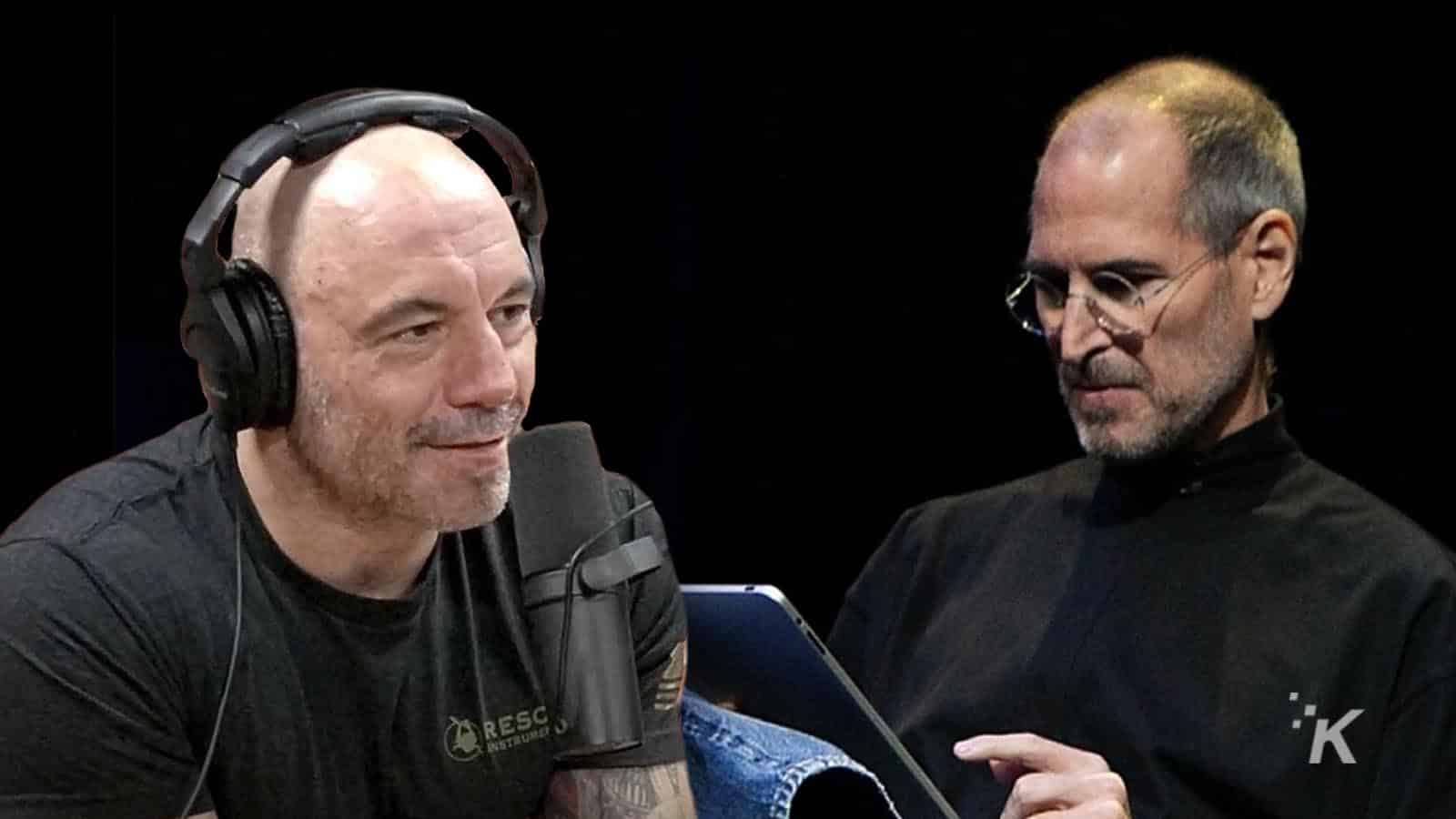 Canadian writer Margaret Atwood is best known as the author of The Handmaid’s Tale — a dystopic, nightmarish vision of the future that later enjoyed success as a Hulu series. But there’s another item of note on her resume.

Atwood is the inventor of The LongPen — a computer-controlled pen that allows authors to remotely sign books from anywhere in the world.

Conceptually, it’s a fascinating idea. It bestows an element of uniqueness to a mass-produced book, but also doesn’t. An autograph produced by the LongPen is just as inauthentic as one created by a random eBay scammer.

I don’t know why, but I thought of The LongPen earlier this week when I learned someone created an authentic-seeming interview between Joe Rogan and the late Steve Jobs using the power of AI. You can listen to it below.

It feels unerringly real. Except, it isn’t.

Although the Joe Rogan Experience debuted two years before Jobs’ untimely death at the hands of pancreatic cancer, it only achieved widespread success (and cultural cachet) in the past seven years or so.

Despite that, it’s easy to forget that the interview is completely fake. You’ll know what I mean if you’ve listened to the episode.

Podcast.ai — the outfit behind the show — didn’t merely replicate Jobs’ and Rogan’s voices. They matched their intonation and vocal cadence step-for-step.

It’s eerie. And it’s a sign of things to come.

I’ve worked as a tech journalist for almost a decade. I’ve seen the rise of hype bubbles, and the inevitable deflation that follows.

AI was one such hype bubble. I remember working at The Next Web around the decade’s halfway point. Every day, I received hundreds of email pitches from fledgling apps and consumer tech startups. Most, in some form, mentioned AI.

It wasn’t merely a buzzword. That’s too simplistic. AI was an essential attribute. Something your product simply must include to compete, like airbags and seatbelts in a new car.

Research from the management firm McKinsey illustrated this trend. The number of tech press articles referencing AI doubled from 2015 to 2016. It was a fever pitch, driven by founders desperate to capitalize on the latest tech zeitgeist.

But here’s the kicker: most products didn’t actually use AI, or used it in a relatively trivial way. As disillusionment grew, people moved on to the next trend. Crypto. NFTs. And now, the metaverse?

The times they are a-changing

Over the past few years, companies like Amazon Web Services and Microsoft AI have launched a series of AI-specific platforms, allowing smaller companies to run complex models and tasks with almost no upfront cost.

And because these products are inherently cloud-centric, it’s possible to scale in order to meet demand and necessity.

Or, put it another way: Upstart tech companies and individual artists can access the computational and technical resources to create unique AI-generated content.

I haven’t even mentioned other major trends, like the commoditization of AI models specifically geared towards machine-driven content creation, like GPT-3. Those are of equal importance. They’re also a relatively new development.

We don’t realize it yet, but AI will play a massive role in how entertainment is created. This isn’t some futuristic pipe dream. We aren’t in the realm of speculative fiction. This isn’t an Isaac Asimov novel. This is reality.

Remember how everyone lost their minds in 2012, when the long-deceased Tupac Shakur performed at Coachella in hologram form?

Next year, that will feel quaint. Mark my words.

I think you get where I’m heading to. AI-created content across all verticals will soon be the norm. It’ll be a seismic change, but one society will swiftly adapt to, much as with other technological leaps.

But this won’t be without questions. Ethical. Practical. Even legal.

AI can resurrect the dead. But can this happen in a respectful way? One that honors not merely the memory of the person but also their surviving family?

Copyright law is pretty clear about the notion of ownership. If you create a piece of art, it’s legally yours. But these advances seek to appropriate not merely the things we create, but who we are.

Our intonation. The way our voices rise and fall throughout a sentence. The ineffable ways we construct sentences and articulate complex ideas. Even something as minor as our posture. Who owns that?

And as society wrestles with misinformation and “alternative facts,” is it sensible to blur the lines between reality and fantasy even further?

If someone can create an authentic-seeming interview between two people that likely never met, how can we trust anything? The news? The viral videos on our social media timelines?

Atwood’s LongPen was an invention of artifice, but it was also pretty harmless. Nobody was under the illusion that it was anything other than a facsimile of a real signature.

The rise of AI-generated entertainment, however, is an entirely different matter. It promises to upend our understanding of the world, ownership, and even the meaning of death. And that’s a genuinely scary proposition.