With PAX West coming next week, here’s our recap from PAX East 2016

We had our time at Pax East earlier this year and this is all about what you can expect at Pax West. 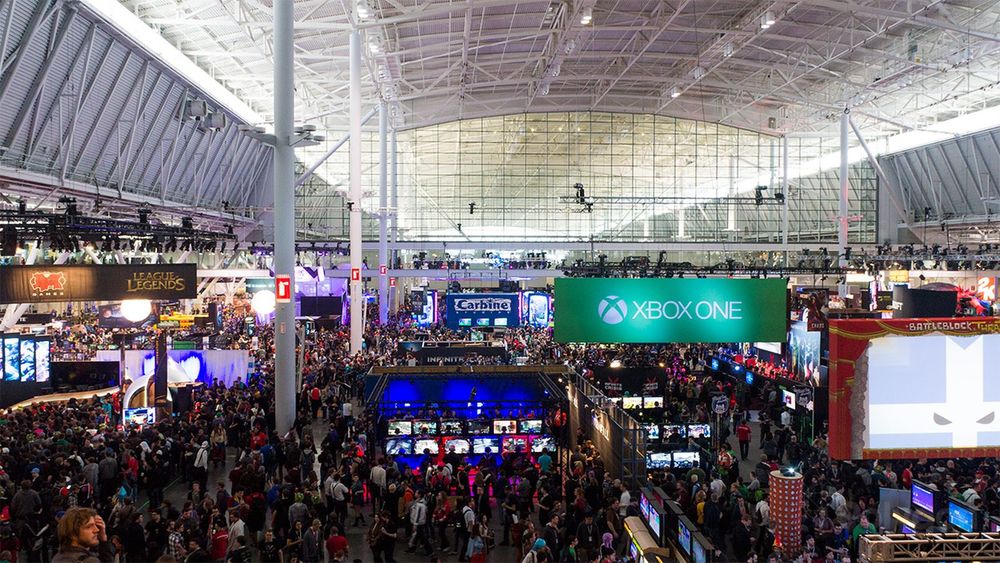 PAX East 2016 was pretty crazy this year. The sheer number of attendees made this year’s PAX East feel like the biggest PAX East ever. The line just to get into the convention center was unreal, at times up to an hour or more so fans likely spent a good chunk of their morning simply missing out because they couldn’t get inside.

Even with a media pass, I still found myself waiting more than I had waited in the years past, which only served to as a testament to how large PAX East has become. Josh Smith and I went to cover the event on behalf of College News Magazine. While I booked several appointments to see games, the majority of my time was spent walking around and just checking out things I’d not had a chance to see in person or smaller indie games that might not have gotten a whole lot of love from the press.

My hands down favorite game I saw at PAX East 2016 was Runic Games’ new action/adventure title called Hob. The Hob has a very Zelda-like feel to it, and while the character is fairly genderless, it’s still extremely easy to feel connected to it. As you explore the puzzles, the world reacts to your presence, and you’re never really sure what side of the fence you’re actually on.

Journey was the first game that I remember that kind of allows you to see a full-fledged story and yet never once confirms or denies that what you think is happening is the intended story or not. Hob is no different. You’ll do what appears to be healing the world from corruption, but the underlying tone is always left for you to wonder – am I really saving the planet or am I just destroying its self-defense? All I know is that I can’t wait to spend more time with Hob, and I’m really excited to see Runic Games do something that isn’t more Torchlight.

I saw a whole bunch of other sweet games on display, including titles from Adult Swim Games, Devolver Digital, and TinyBuild. Forced Showdown looked pretty sweet, which I thought the original was fairly underrated, and this new game brings forth a better single player experience while the original was meant to be a four player co-op smash fest.

We also got to see Cliffy B’s new project LawBreakers, and it looks like a fairly generic first person shooter, but we’ll see what happens as that game evolves. Other games worth keeping your eye on include Supergiant’s new game Pyre, and The Behemoth’s new game Pit People.

Another game I spent a whole bunch of time with was called Just Shapes and Beats. As the name implies, it’s literally a game where you move shapes around and avoid geometric collisions to the beat of the music being played in the background.

Just Beats and Shapes allows four players to play at once, in the shape of a triangle, square, etc. Boosting grants you temporarily invulnerability so that you can survive the onslaught of pink death flying at you from all directions. It’s essentially a bullet hell rhythm game, and it’s a whole lot of fun.

We reached the last stage of the demo which featured the Mortal Kombat theme, and it was super hard to dodge silhouettes of Johnny Cage’s shadow kick or Liu Kang’s bicycle kick. Death resulted in the song rewinding to the last checkpoint reached, and you could revive the other shapes as long as you didn’t let their timer run out. It was a super fun party game and with online play I think it’ll be really popular on Steam.

I also spent some time at the Riot Games stage talking about the collegiate BCS league with some of its creators. Because the BCS allows college students to compete on a grand stage, I figured talking with the BCS creators would be interesting to our readers. While only Ohio State has an actual charter for League of Legends teams, I was assured the BCS would continue to grow in size and relevancy. If anything, it was cool to watch these college kids scrimming backstage while they waited for their turn to play in front of the live crowd at PAX East.

Aside from the games, there were also a plethora of cosplayers, tabletop gaming sessions, and the always popular bring your own PC arena where people basically have a giant LAN party. Perhaps the weirdest thing on the floor was Totino’s (the company responsible for bringing you delicious pizza rolls) had a bucking couch and you were supposed to try to play games on it while it essentially tried to throw you in the floor. That’s one way to do some clever promotion, I guess.

Overall, PAX East was a pretty crazy experience and certainly one that was far busier than previous years. While I’m not a huge fan of the city of Boston, I can’t recommend PAX East more for fans of gaming and comics.

Simply put, PAX events are the best representation of games for actual fans and not just catering to the media or games writers. If you get a chance to check out PAX West later this year, you should definitely check it out.