No clue why it took so long, tbh. 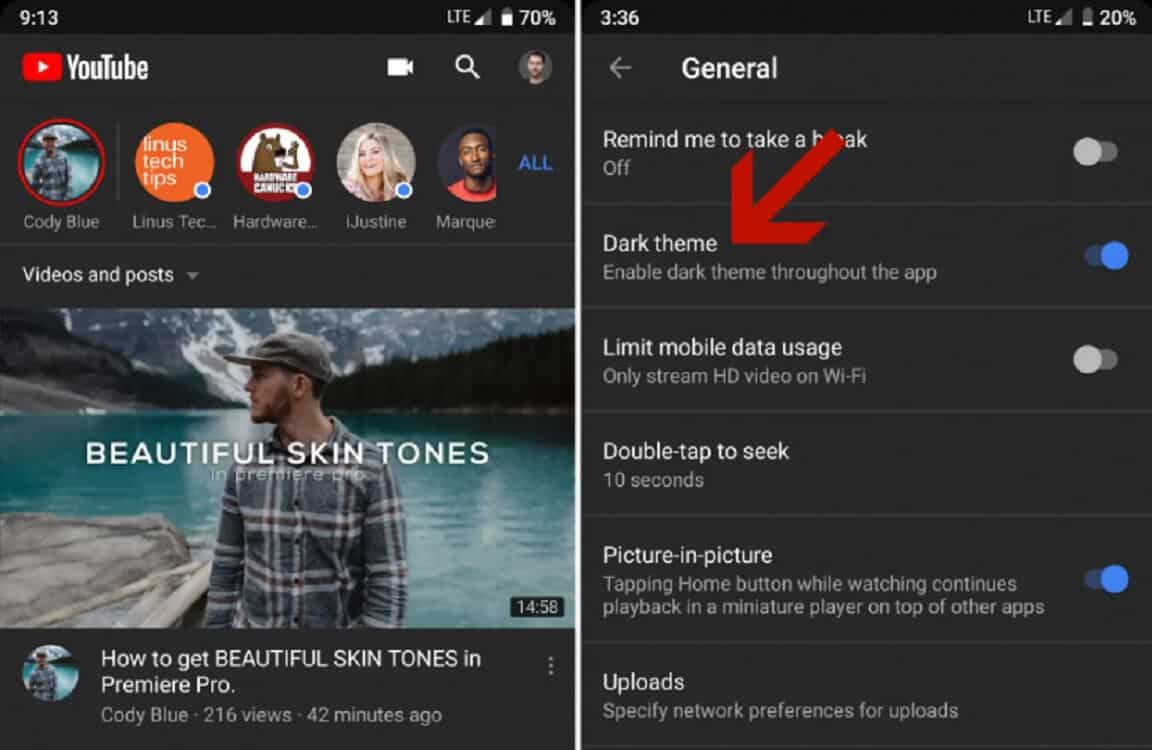 It took a while, but YouTube for Android is finally receiving a dark theme. A Reddit user first discovered the new feature before Android Police confirmed it.

For months, YouTube has offered a dark theme on its iOS app and through the web. However, for whatever reason, it hadn’t arrived on Android devices until now. According to Redditor u/Absinth92, the option became available over the week.

The dark mode is automatically appearing on some people’s YouTube apps, and some are saying that they’ve seen a notice about it pop up on the bottom of their screen. The reddit user who uploaded the screenshots notes that he’s using a Pixel 2 on Android P Beta 4, he’s not a Premium user, and he’d had dark mode enabled on his desktop, though we’re not sure if there’s any connection there.

Once activated, you’ll find the dark theme in the YouTube app under Settings > General. There is no guarantee currently that it will even be there for you, as it seems to be a limited rollout, but there are ways to force the dark theme for YouTube.

If you want to begin using the theme now, you can follow the directions posted on the XDA Developers Forum. Previously, it required root access, but now there is a way to access it without a rooted phone. It will still require a few steps, so it might not be for everyone.

Plan on using the dark theme for YouTube on Android? Did you try any of the workarounds above? Let us know!