If you’re facing issues with your Samsung Galaxy S9, don’t worry, you’ll be able to fix them with the help of our guide. 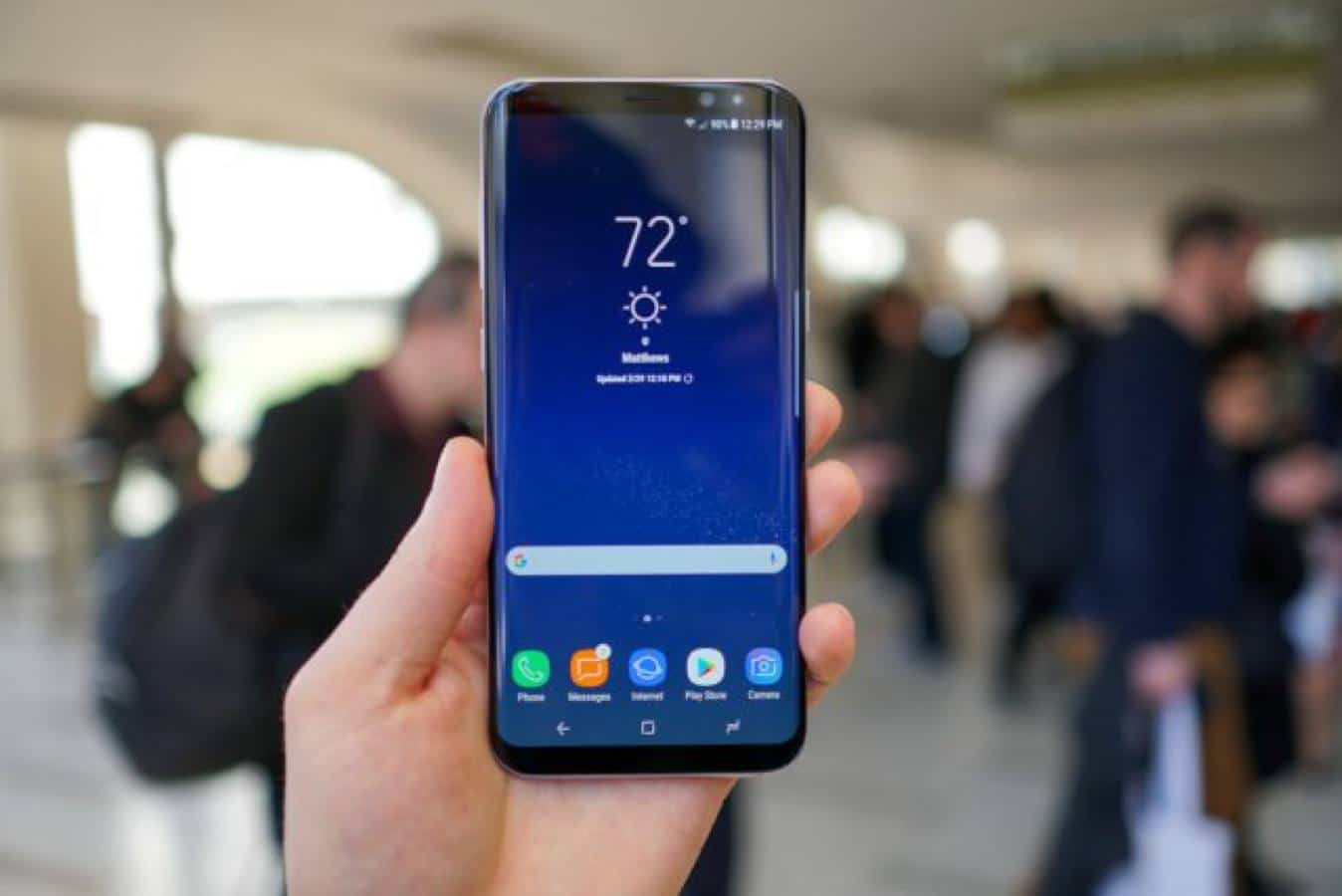 Samsung’s flagship device of 2018 is less than a month old, however, it’s already expected to become one of the best-selling devices this year. As a matter of fact, according to DJ Koh, CEO of company’s mobile division, Samsung is expecting Galaxy S9 sales to outperform the S8 sales by 2 million units.

The initial reviews were mixed at best. Moreover, users were complaining about a number of problems. If you’re a Galaxy S9 owner, you have two options: wait for a new software update from Samsung or take matters into your own hands.

In order to save you some time, we’ve dug deep into the Samsung community forums, to find some of the most complicated issues S9 users are facing. Here are five most common issues we came across. 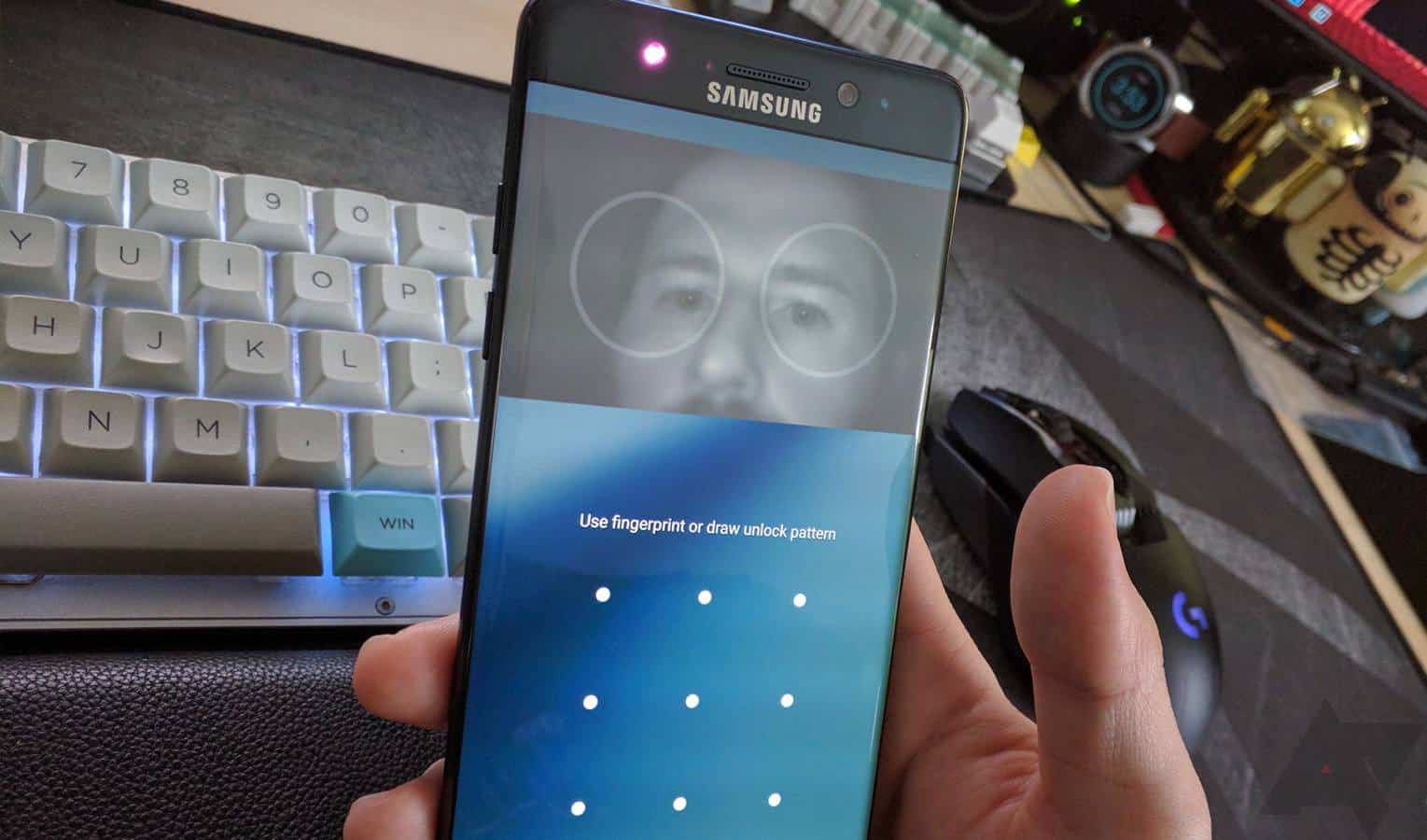 The front camera on your phones is equipped with an iris-scanner that can be used to lock the device. The problem is, some S9 users reported that the combination of the face recognition and iris scanner technology is not functioning with 100% accuracy, as they expected. The company already issued a software update that improved the Face-Unlock feature, however, there are some things you can do to improve its accuracy.

If you want the Face Recognition to work properly, you have to remove any accessories – including hats, sunglasses, etc. – when you’re setting up Intelligent Scan. Furthermore, you need to make sure that your eyes remain wide open while the camera is scanning your face. Also, the Iris Scanners requires bright lighting conditions to function properly. 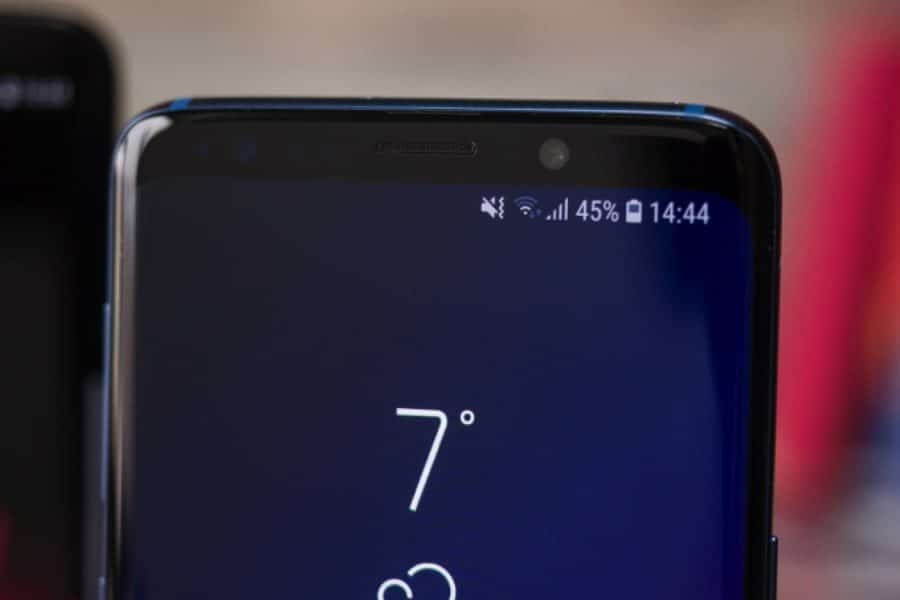 Connectivity problems often occur during the first few months of owning a new device, unfortunately, the S9 is not an exception. But unlike the Intelligent Scan issues, which are widespread, this seems to be a device-specific problem. Fortunately, there are numerous ways you can fix some of the most common Wi-Fi and Bluetooth connectivity problems.

In certain cases, cache files from a Bluetooth device can cause certain problems. That’s why you should go to your device’s Settings, press the Apps tab, and then, select Show System Apps. Go to Bluetooth, and then click the Clear Cache button if you want to erase your paring history. When having Wi-Fi problems, simply go to Settings, press Connections, and find the Wi-Fi tab. find the network you’re having problems with, click Forget, and then reconnect to the network. 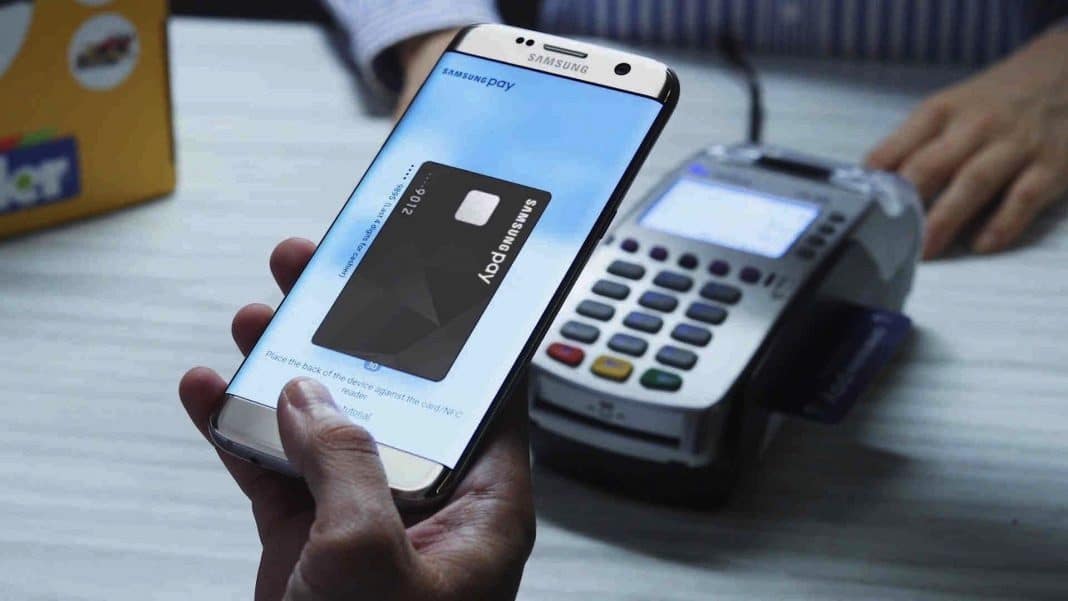 According to statistics provided by Juniper Research, more than 150 million people worldwide use mobile payment services. In less than three years, the number of users is expected to surpass 500 million. Apps such as Samsung Pay are now the main financial service for millions of mobile users. But the payment feature is completely out of order on the new Samsung model. There are thousands of reports of the app constantly crashing and asking users to update it – even though it’s up-to-date.

You already have an update that will resolve the Samsung Pay issue, however, you need to download it manually. Some users have reported that trying to update Samsung Pay from the app itself causes it to crash. That’s why, once again, you need to take matters into your own hands. Go to the App Store, look up Samsung Pay, and you’ll easily find the update. 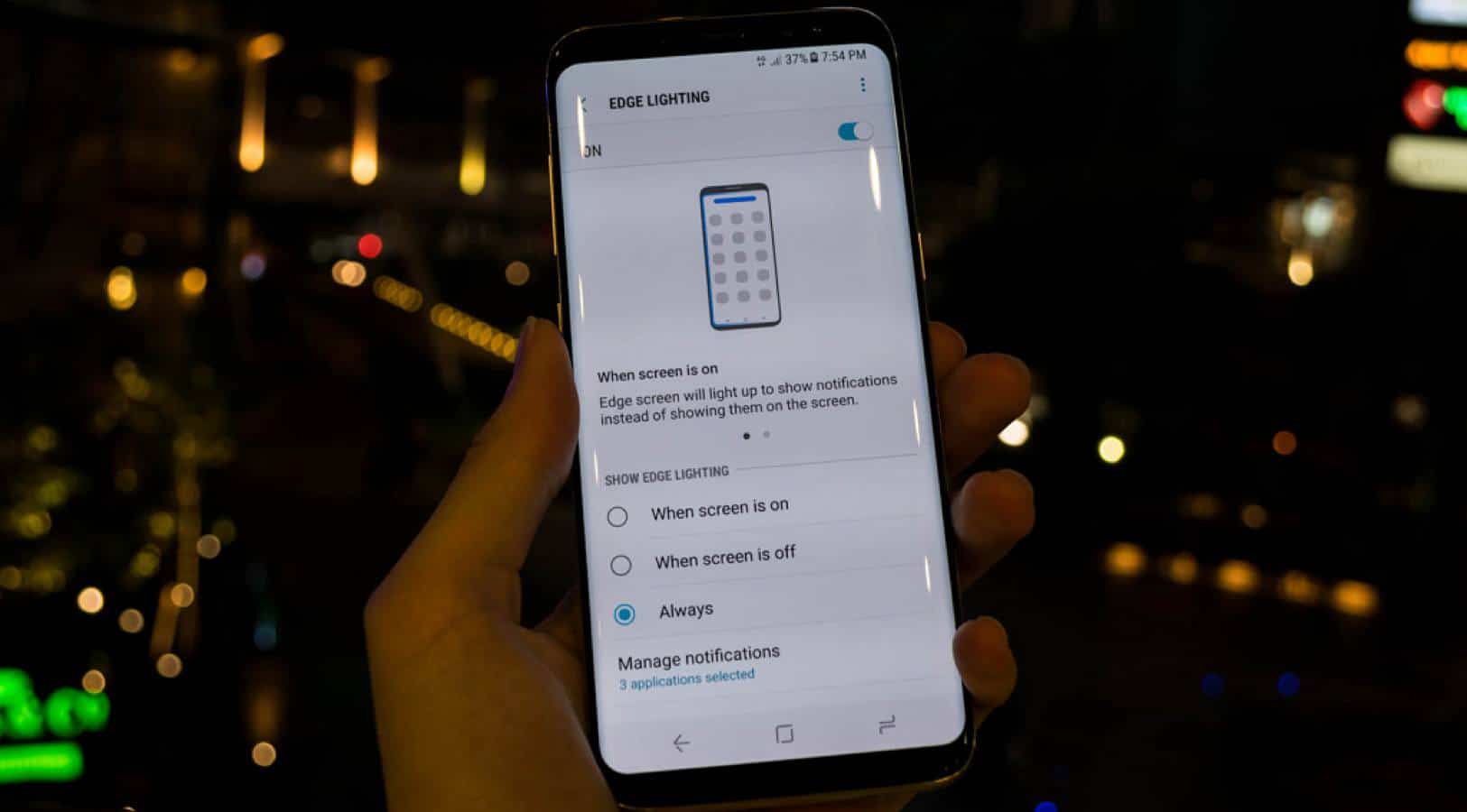 With the release of the S8, the company tried to make the best out of the modern curved display with the feature called Edge Lighting. Samsung also ported Edge Lighting to the new model, and so far, the users love it. But as you presume, it doesn’t come without certain issues either. According to users, the feature either only works with just a few apps or doesn’t work at all.

To fix this problem, you need to go to Settings, click Display, and select the Edge Screen option. There, you’ll be able to enable the feature by setting it to Always. This will allow the feature to be displayed for all alerts and notifications. Furthermore, head over to the Edge Lighting menu to make sure you enabled notifications for all services and apps. The menu allows you to add specific apps and ensure that notifications actually show up for all of your favorite apps. 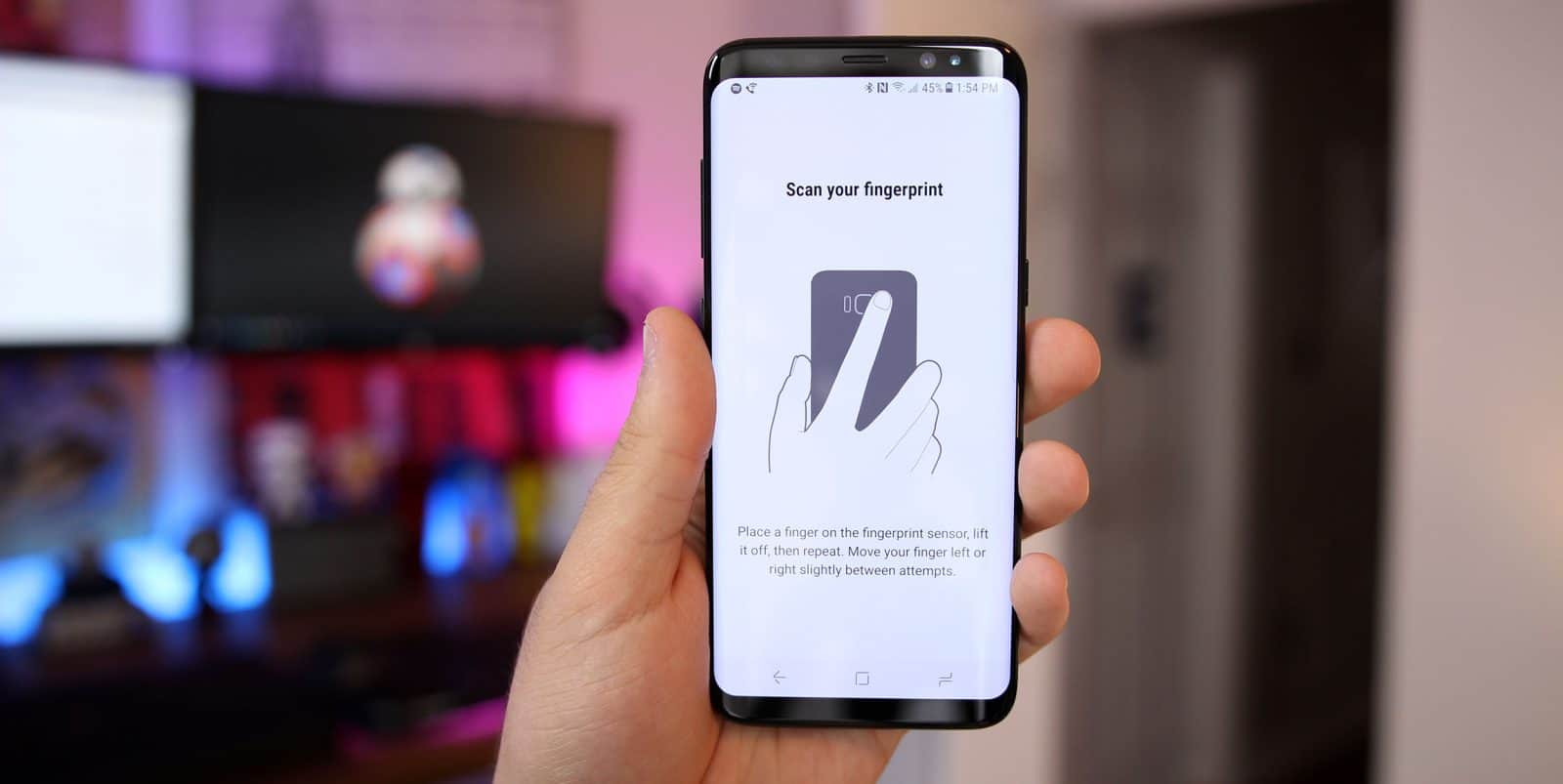 For the Samsung Galaxy S9, the designers decided to move the fingerprint scanner to a more naturally reachable spot on the phone. And while most people are delighted with the placement, it appears that some software-related issues are bothering certain users. The problem seems to be with the newly introduced fingerprint gestures. When setting up the fingerprint, the phone notifies the user to swipe their finger instead of tapping it on the sensor.

Go to Settings, and look for the Lock Screen and Security tab. There, you’ll be able to remove all of the fingerprints you already registered on the device. After you’re done, you’ll need to add your fingerprints again. This time, do it carefully, without using the swiping motion – despite your phone’s instructions. Make sure that your fingerprint is added from all angles properly. Lastly, go ahead and reboot your phone and try to use the scanner to unlock it. If it doesn’t work, repeat the process again.

Final Thoughts: How to Reset your Galaxy S9 Device

Although your S9 device probably won’t give you screen-freezing problems that most Android-powered phones do after a year or so of use, it’s better to be safe than sorry. Therefore, you should know some of the standard reset methods that will help you bypass the issue.

For a “Soft Reset” you just need to hold the Volume Down and Power buttons at the same time for ten seconds or so, until the phone powers off. The “Soft Reset’ is perfect for situations when your phone becomes completely unresponsive.

And for a “Hard Reset” you need to turn off your device, press the Power and Volume Up buttons to enter the Recovery Screen. Then, press Volume Down to select the Factory Reset option. Wait for a minute for reset to finish and then press the Power button once the Reboot System message appears.

If you’re facing some of the aforementioned issues, don’t worry, you’ll be able to fix them with the help of our guide. However, if you faced any other Galaxy S9 problems, feel free to tell us all about it in the comment section below.