Allow us to introduce you to the best mobile game: Final Fantasy Brave Exvius

There’s a lot of crappy mobile games out there, but I can confidently say that Final Fantasy Brave Exvius is not one of them.

Mobile games, for the most part, are a joke. Final Fantasy Brave Exvius seems to think otherwise. 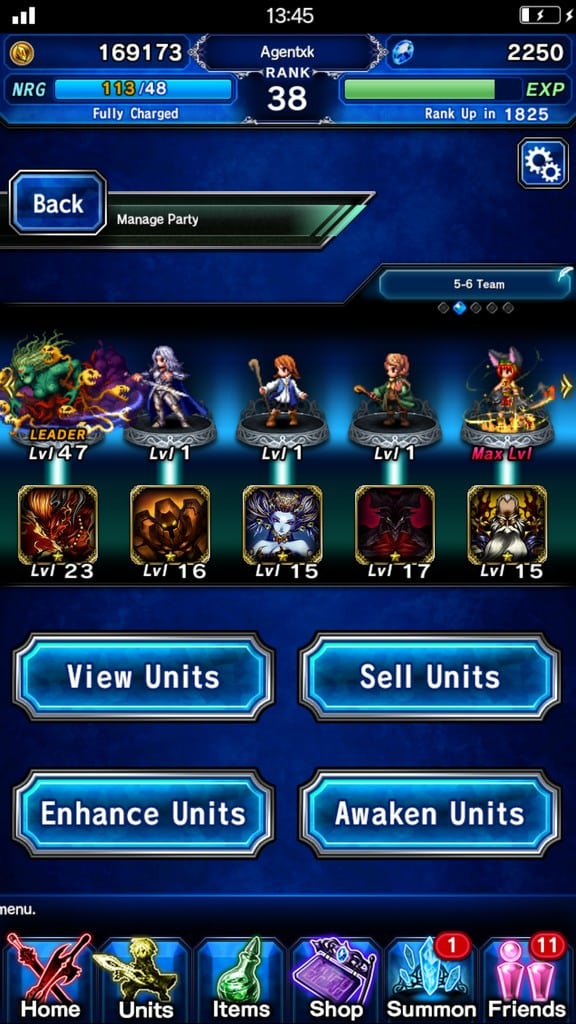 To kick things off, let me explain that Final Fantasy Brave Exvius is a completely new and stand-alone story. The two main protagonists, Rain and Lasswell, are knights of the Grandshelt kingdom. They end up encountering a strange armored guy intent on shattering the elemental crystals and are tossed into an adventure with a mysterious amnesiac and a ton of summonable visions to aid them. Advancing through the story is fairly simple, with tons of pre-arranged battles that move the story forward. The game paces you with Energy, a resource that you can run out of and will have to wait five minutes per point or will need to purchase more of. It keeps you from blowing through the game in a sitting.

The summonable visions I mentioned are a mix of new and historic Final Fantasy characters. These characters can be leveled, equipped and ultimately awakened to higher power with a bit of effort on your part. You can use up to five at one time, replacing the primary antagonists if you chose to, which you really will if you want to advance. All the characters in the game have their own sets of moves, with some having nearly 20 to chose from in combat. This isn’t like Final Fantasy Record Keeper, where each character has two moves and an ultimate attack. Getting and growing these characters is a major part of the game and the internal gatcha game to get them can be quite fun and addicting. 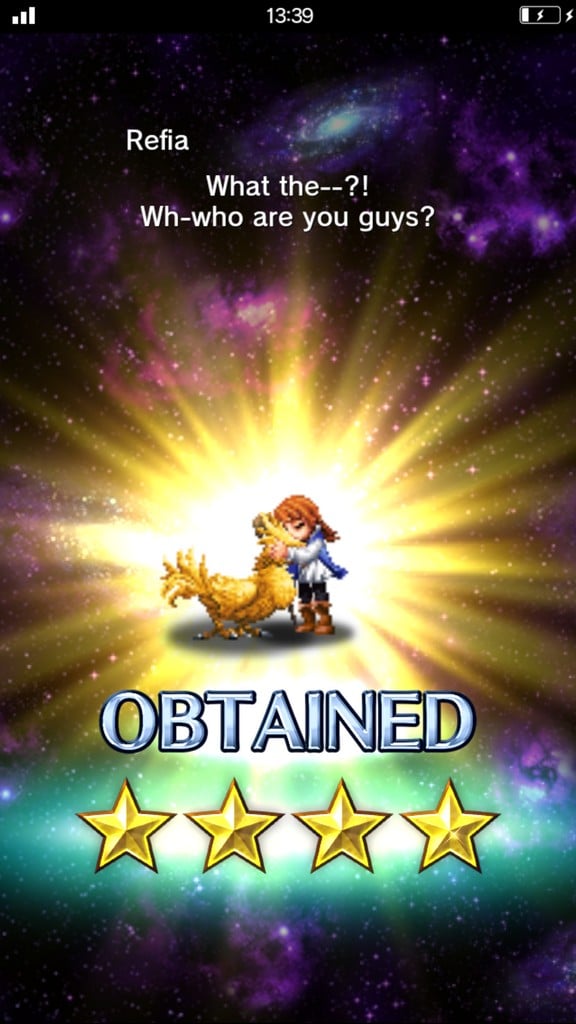 Now that is where you can lose some considerable money in Final Fantasy Brave Exvius. The gatcha game allows you to buy special character pulls at the cost of 500 lapis (the paid currency in Exvius). Now the game does give you free pulls with in-game tickets and a half-priced daily pull, which is essentially free since you will earn lapis throughout the time you play. Premium characters can be anywhere from a three to five star rarity, but can be awakened up to six stars. These six star characters are generally the biggest and baddest characters at this moment and are highly sought after. At this point, there are less than 10 with Final Fantasy XIII’s Lightning being the most sought after.

Lapis is used for a lot of other things within the game too. As I said before, you can renew your energy with lapis, you can also renew your battles in the coliseum so you can earn awesome rewards. You’ll find yourself using lapis to buy more inventory space and friend spots, so you can summon powerful allies to carry you through tough spots. Lapis does make the world of Final Fantasy Brave Exvius go around, but never makes you feel like you HAVE to spend money to enjoy yourself. 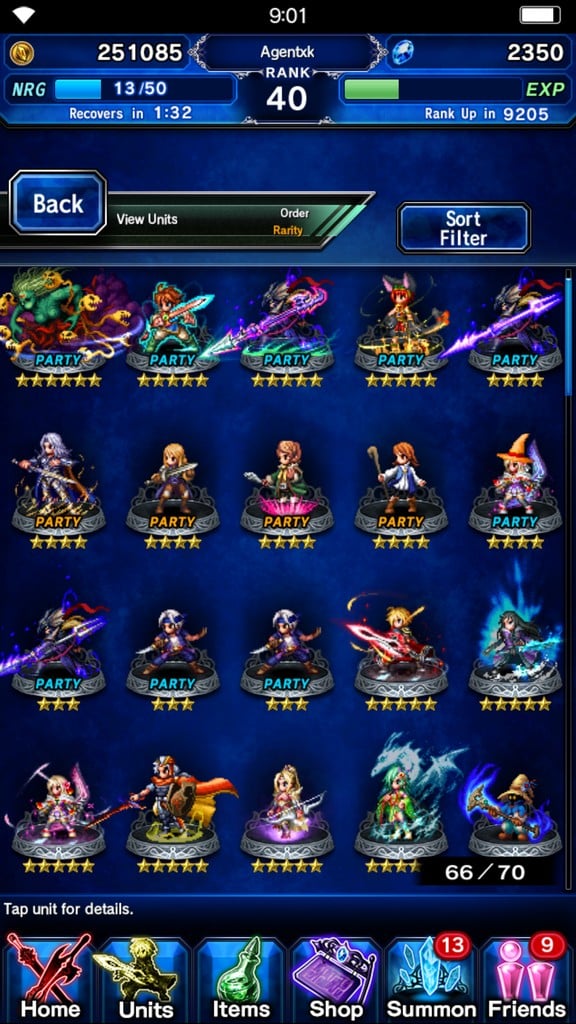 In fact, many people encourage you to hold onto your lapis until there is a good “banner” to spend it on. Banners are events that offer opportunities to get rare characters and complete special quests for unique items. For example, there is a banner that started November 4th and is themed after Final Fantasy 3. This banner will allow you to get Luneth, Refia, Arc and Ignus as additions to your party. Refia and Luneth are the best pulls here and the pros advise anyone who get them to stop after getting them.

The game is a total grindfest, but also fleshed out enough that it’s incredibly enjoyable to see your teams grow and be able to fight other players’ with a new update. All in all, this is easily the most robust mobile game I’ve ever played and if you are a fan of Final Fantasy, you’ll have a great time!