For some reason, Amazon is selling defunct Jawbone fitness trackers in the US 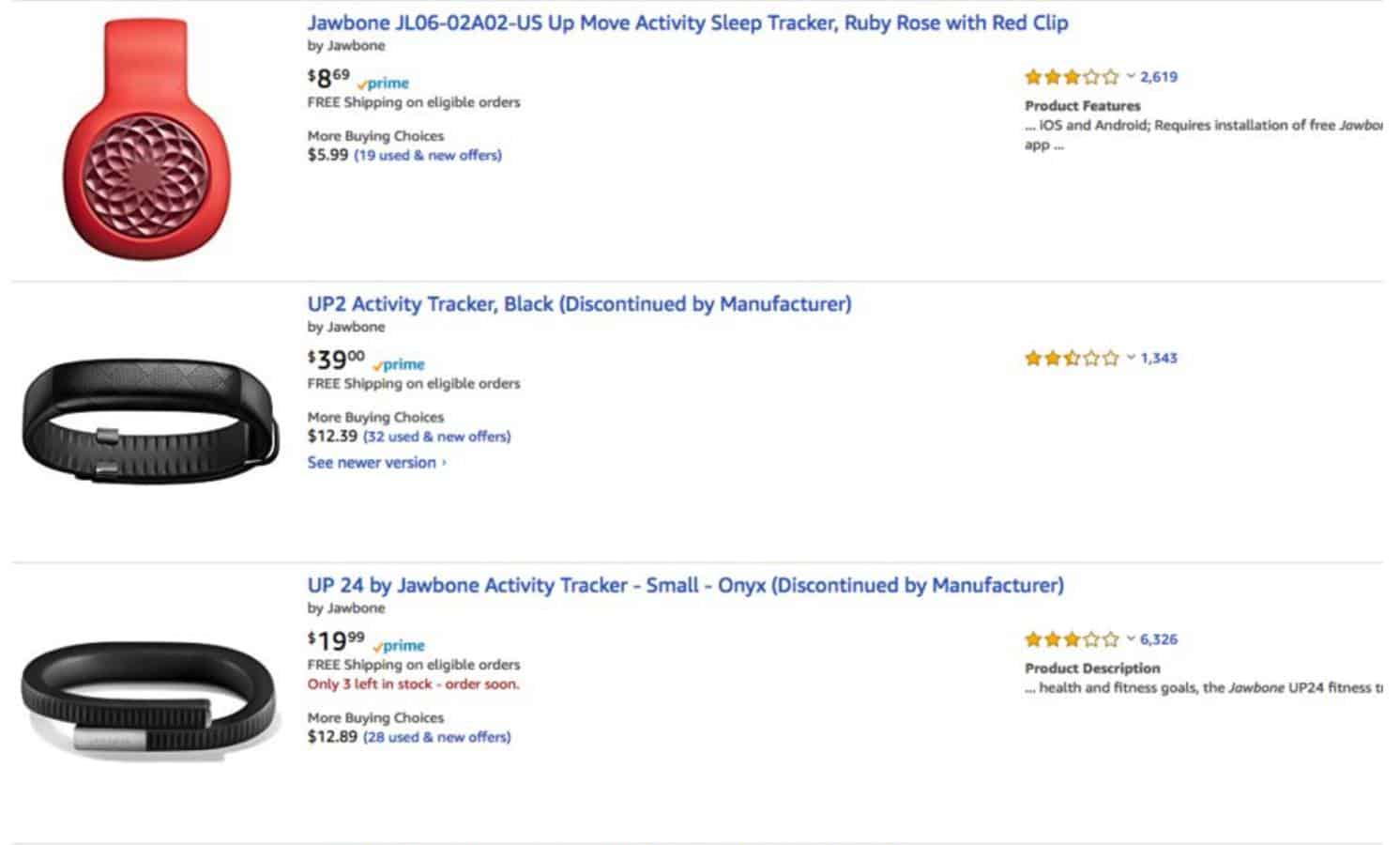 Anything to make that paper, amirite? Well, apparently, that’s the case with Amazon. It has been discovered that the company is still selling not-so-useful Jawbone fitness trackers in the US after being pulled from the Amazon UK store after an investigation by consumer charity Which?, reports Business Insider.

See, the problem with the Jawbone fitness tracker is that you have to use the companion app called Jawbone UP. The issue here is that the app has been down for over four weeks, meaning users can’t log in into their accounts, sync data, or hell, even launch the app. This effectively makes the Jawbone device unusable.

If you’re wondering why the app is down, it’s because the company went into liquidation, which then caused the company to pivot to a new name called Jawbone Health Hub, which would focus on medical software and hardware. The company claimed it would have some sort of plan to transition users devices, but four weeks later and the company has not come up with a solution.

However, that’s not stopping Amazon from selling them on their website in the US. Just a few weeks ago, Which? discovered that the Jawbone trackers were still for sale on Amazon and Groupon UK websites. The good news is that both sites removed them from the site in the UK after being contacted by Which?.

When is the US Amazon store going to remove them? We’re not really sure. The main takeaway here is not to purchase a Jawbone fitness tracker, and if you’ve done so in the past six months, you might be eligible for a full refund, Which? said.

Do you think Amazon will ever pull these from their stores? Let us know your thoughts down below.

For more Amazon news, check out: