With Toys “R” Us gone, Amazon’s bringing back the toy catalog

You might take our toy stores, Amazon, but you’ll never take our Toys “R” Us Big Book. 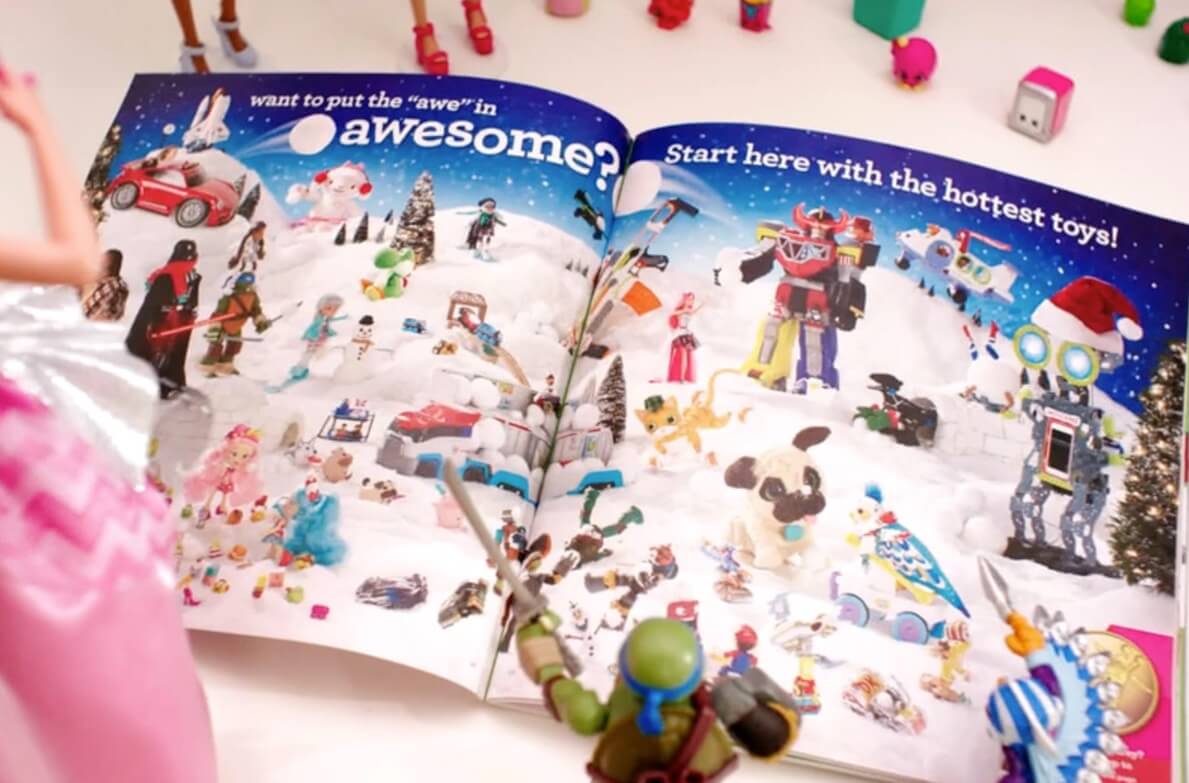 The toy catalog is making a comeback, courtesy of Amazon. The move to publish a holiday toy catalog comes as the largest online retailer in the world hopes to gain some business that’s now up for grabs because of the demise of Toys “R” Us, according to Bloomberg.

In a move best described as conventional, Amazon hopes to replace the iconic Toys “R” Us “Big Book” catalog that traditionally arrived ahead of the holiday shopping season each October. Walmart and Target also produce toy catalogs around the same time each year.

The move is part of Amazon’s push to incorporate traditional retailers’ tools into its business model. It even looked at acquiring some Toys “R” Us locations earlier this year, according to people familiar at the time. That came after its $13.7 billion purchase of Whole Foods made a big splash as it pushed into brick-and-mortar retailing. Amazon has since been integrating the chain into its larger business, including marketing its voice assistants and discount membership in stores.

Toys “R” Us announced its closure in March 2018. All 735 locations in the United States are now closed.

Toy catalogs have long been popular with children looking forward to the holiday season. Besides the Toys “R” Us “Big Book,” there were once so-called
“wish books” from companies like Sears and Montgomery Wards that preyed on children and parents.

This isn’t the first time Amazon has tried to copy traditional retailers.

Amazon has become a toy-shopping destination in its own right. The big reason is that toys, especially during the holidays, draw shoppers. In 2007, the company copied traditional retailers and published an online hot-holiday toy list that featured playthings expected to be in demand. It’s been gaining market share in the category ever since, and now it’s taking another page from legacy chains.

What do you think about the revival of the toy catalog? Let us know in the comments.