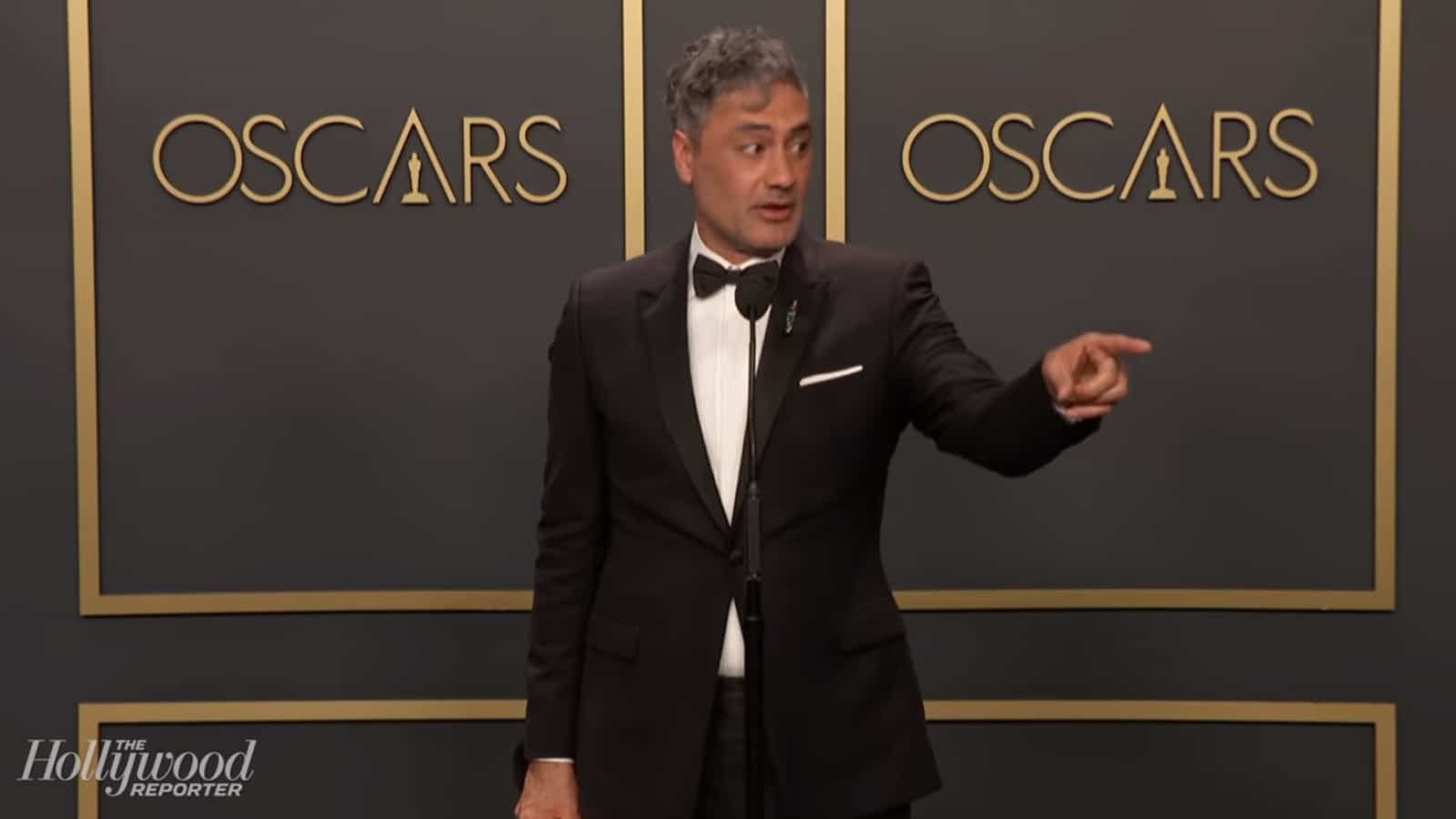 I’m a PC person. While I have my fair share of Apple products, I’ve always preferred working and gaming on a PC. I’ve used Apple laptops and desktops for work and while I appreciate many features of the operating system, one thing I’ve never been able to get down with is the keyboards.

It seems I’m not alone, as JoJo Rabbit‘s director, Taika Waititi, took time out of his press room speech to discuss just that.

During the press room speech, reporters have time to ask questions and typically the answers are pretty standard fare. Then, one reporter (Anthony from Deadline) asked a question regarding the Writers Guild and the tools writers should be asking for. You can find the question in the clip above, starting at approximately the 1:50 mark.

While this question could probably be answered in a handful of ways, Waititi unleashed the flood gates and let everyone in the room know about his resentment towards Apple’s keyboards, at one point stating, “they are impossible to write on.”

He goes on to talk about how other keyboards offer more feedback and that Apple’s keyboards have “continued to get worse.” Possibly the most damning of comments, however, is when the director stated: “it makes me want to go back to PCs.”

Shew, those are some pretty tough words. Care to chime in on this, Tim Cook? I mean, just look at those darn MacBook keyboards…

What do you think? Do you like typing on Apple keyboards? Let us know down below in the comments or carry the discussion over to our Twitter or Facebook.