Most laptops aren’t, but what about the Air? 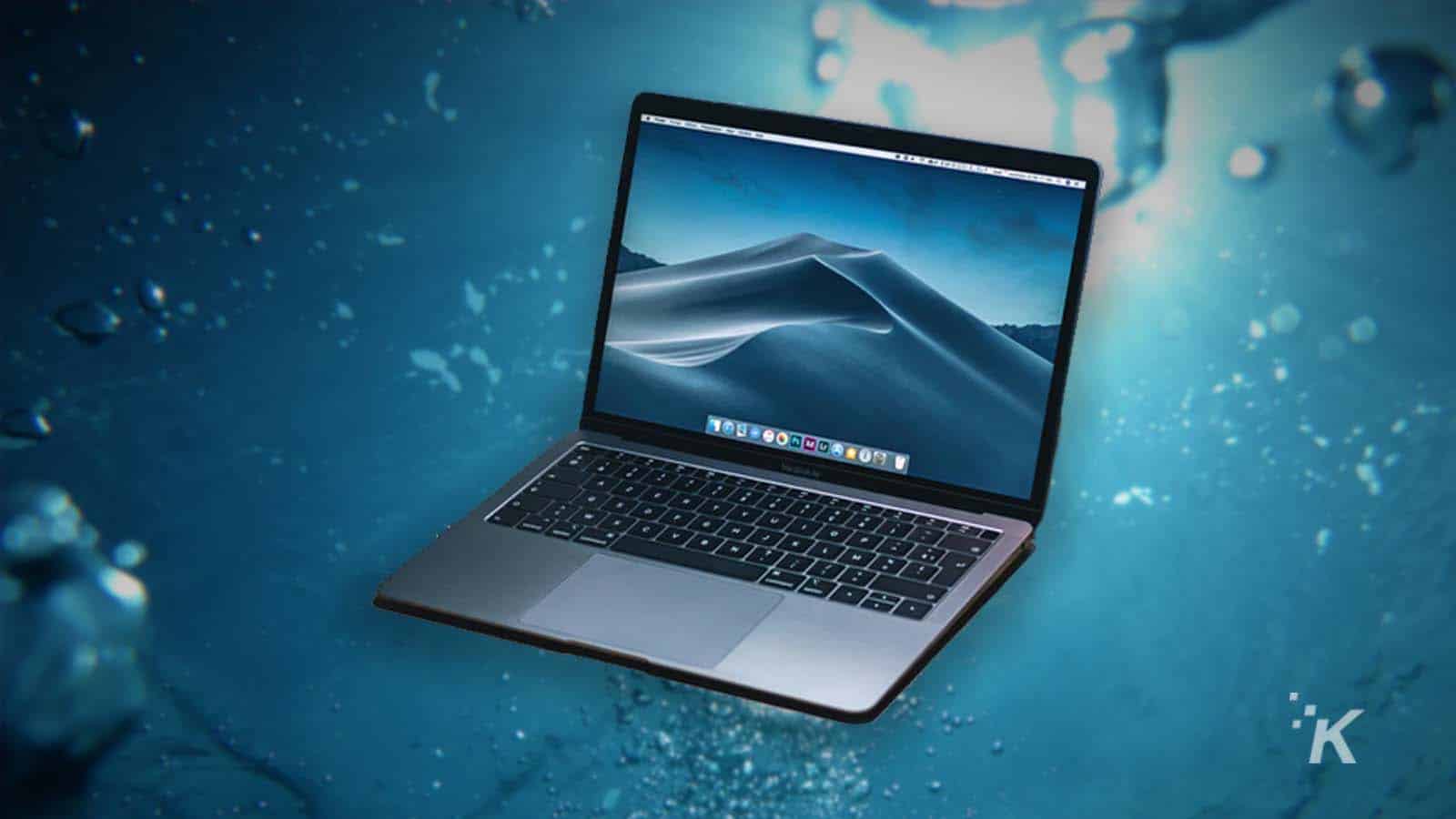 Everyone has at least one story about how they lost some piece of electronics after an errant drink got spilled over it. Whether it’s a cup of coffee over your laptop when you weren’t paying attention, to a dunk in the toilet of your favorite smartphone by a toddler, water tends to be final for most household devices.

That’s true for pretty much everything, but devices have gotten more element-proof lately. Ports that don’t allow liquids to pass through, tighter seals on housings, and other improvements have all made waterproof electronics a common occurrence. So, are there any waterproof laptops? How about the MacBook Air from Apple?

So, is the MacBook Air waterproof?

Most laptops aren’t water-resistant in the slightest, and the MacBook Air (or any other MacBook for that matter) is no different. Yes, it’s better constructed than those plastic-encased Windows laptops. No, that doesn’t mean anything when you sling a can of soda over it. Even the passively cooled MacBook still has openings that liquid can get into, and you’re going to have a bad day if you do so.

That’s not to say that water or other liquids are a death sentence for your shiny MacBook though. If you accidentally drop liquids onto it, the first thing is to immediately turn off the MacBook by holding that power or Touch ID button down. Unplug the charger if it was plugged in, then turn the MacBook upside-down and shake to get the droplets of liquid out. Grab a paper towel or other absorbent material and get as much liquid off as possible. Take out any accessories such as USB drives or SD Cards.

Whatever you do, don’t turn it back on. If you have AppleCare+ (or even if you don’t), set up a Genius Bar appointment to get your MacBook looked at by a professional. You could also try leaving it for 96 hours to dry off, then turn it on to see if it still works. Either way, you’re looking at a substantial repair/replace bill if the liquid damaged anything.

What do you think? Surprised that the MacBook Air isn’t waterproof? Let us know down below in the comments or carry the discussion over to our Twitter or Facebook.