In both mechanics and character, Zane is a complicated man. Here’s everything you need to know to craft the perfect build. 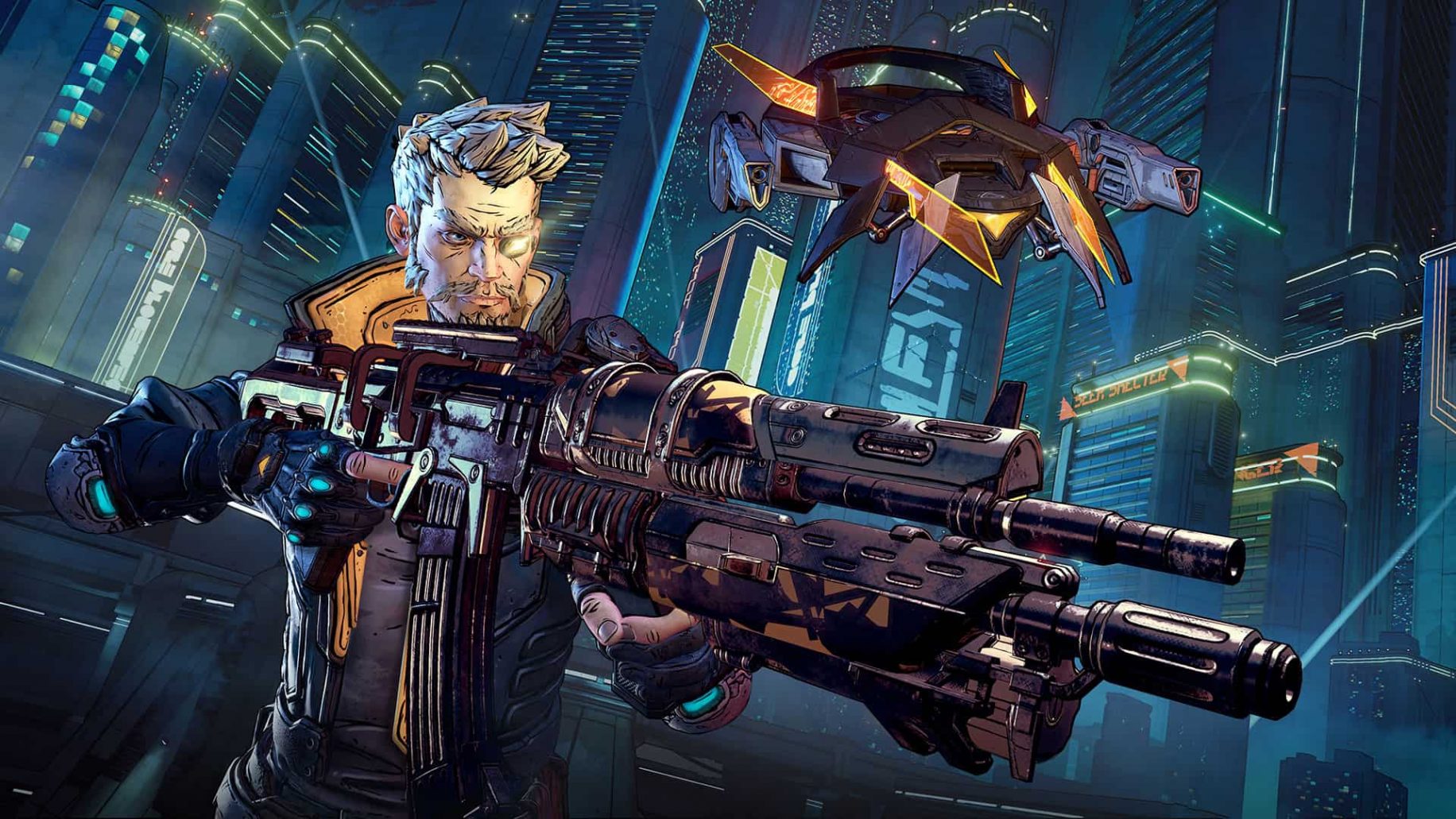 Borderlands 3 is out now and it’s an enormous game. Seriously, it’s huge. We here at KnowTechie want to make your trip to Pandora (and beyond) easier, so we’re going to be coming out with a series of guides on the four new characters (Amara, Zane, Moze, and FL4K), including an overview of their skill trees and potential build ideas. Ready to get started?

This one is for Zane, the Operative.

In both mechanics and character, Zane is a complicated man. He’s got family ties to two notable bandits that you’ve killed in previous Borderlands

games, he’s a thief, and he generally doesn’t like being around anyone but himself – Fitting given that he can even manifest a digital clone as one of his abilities.

Zane is probably the only character in Borderlands 3 with the highest skill ceiling, so expect to get a maximum reward if you’re good at running and gunning. Not only does he get two active skills (one replacing grenades, sorry), each of those gets two augments, making Zane the most complicated character to build for. Ready to get started with his skill trees?

Also if you’re new to Borderlands 3, you should definitely start here first.

The first skill tree we’re gonna talk about is the most eye-catching of the three to me: Doubled Agent. This is the one where Zane’s action skill is manifesting a digital clone of himself that fights, acts as a teleportation anchor (you can instantly swap positions with the clone with the press of a button), and soaks up damage for you while giving you buffs and restoration.

There’s definitely some combat utility in here, but mostly this tree is about making your Digi-clone better and doing more things with it. More fighting things. Get your head out of the gutter.

Check out some featured skills:

No, this tree doesn’t make you into a bald, disguise-wearing agent who garrotes victims and hides them in the freezer. Instead, the Hitman tree gives you a flying drone with machine guns!

You can also add rockets, a missile barrage, and more. Outside of drone stuff, the Hitman tree is focused on kill skills: temporary buffs that activate when you kill an enemy. Worried you won’t get the killing blow? The final skill’s got you covered.

Check it out in the featured skills below:

Easily the most defensive, supportive tree of Zane’s, Under Cover’s big thing is that it gives you a deployable energy barrier. Unlike some barriers in other action games, you can shoot through it. Not only that, but friendly bullets that go through it do bonus damage.

Aside from the barrier, this tree gives Zane tons of survivability in the form of mitigation and elemental resistance. If you want to make sure you and your allies stay alive, this is the tree to go for.

The most interesting ability to me in Zane’s skill trees has to be Violent Momentum, which gives a damage bonus based on how fast you’re moving and doesn’t have a listed maximum value. So what are we gonna do? We’re gonna try to find that maximum value by making Zane move as fast as humanly possible.

Note that this is not only an extremely dumb build, but it’s also going to be extra challenging to play since you will 1) constantly be moving very fast and 2) moving at varying speeds at all times. Not for the faint of heart or anyone prone to motion sickness.

For our first action skill, we’re taking SNTNL with the Bad Dose and Boomsday augments. Bad Dose occasionally fires a radiation beam (awesome) which also boosts our movement speed (even better). Boomsday adds rockets to the basic machine gun, but any of the other augments would be fine in this slot. There’s a lot to think about in moment-to-moment gameplay with this build and I wanted something automatic.

Our second action skill is Digi-Clone for our clone buddy, but the augments are completely optional. I took Binary System for some on-demand cryo novas and Schadenfreude to keep shields topped off, but if you want more survivability you could swap Binary System for Digital Distribution, which offloads some of your incoming damage to your clone instead. Poor guy.

Violent Momentum is the crux of this build because it gives us damage when moving quickly, so we’ll take Violent Speed and Supersonic Man to support that. Those three with Bad Dose are giving us maximum speed and maximum benefits from it.

Beyond that, virtually everything is optional. I went all the way down to Seein’ Red in the Hitman tree to activate Violent Speed on-demand, so I picked up a few great kill skills along the way like Playing Dirty (fires extra shots) and Violent Violence (increases fire rate. Also the worst-named skill in the game. I’m sorry, were you out of words?).

Since we’re going all the way to Supersonic Man in the Doubled Agent tree, picking up Old-U and Quick Breather were easily survivability choices. Donnybrook is a no-brainer with our on-demand kill skills and Synchronicity seems a clear choice for high-uptime +40% gun damage.

Do you like moving so fast, you’ll make Sonic jealous? Maybe you need a more methodical approach or you’d like to play nice with teammates by having a Titan bubble? Feel free to sound off in the comments below with your build suggestions and best ideas or carry the discussion over to our Twitter or Facebook.

Borderlands 3 is now available for Xbox One, PlayStation 4, and PC.

Interested in the other characters? We’ve got guides for those, too.