Borderlands 3: Your guide to FL4K, masters of pets, invisible hunter, and solo specialist

Maybe Hunter+Stalker isn’t for you and you have something else in mind for FL4K. Well, here are some other options worth trying. 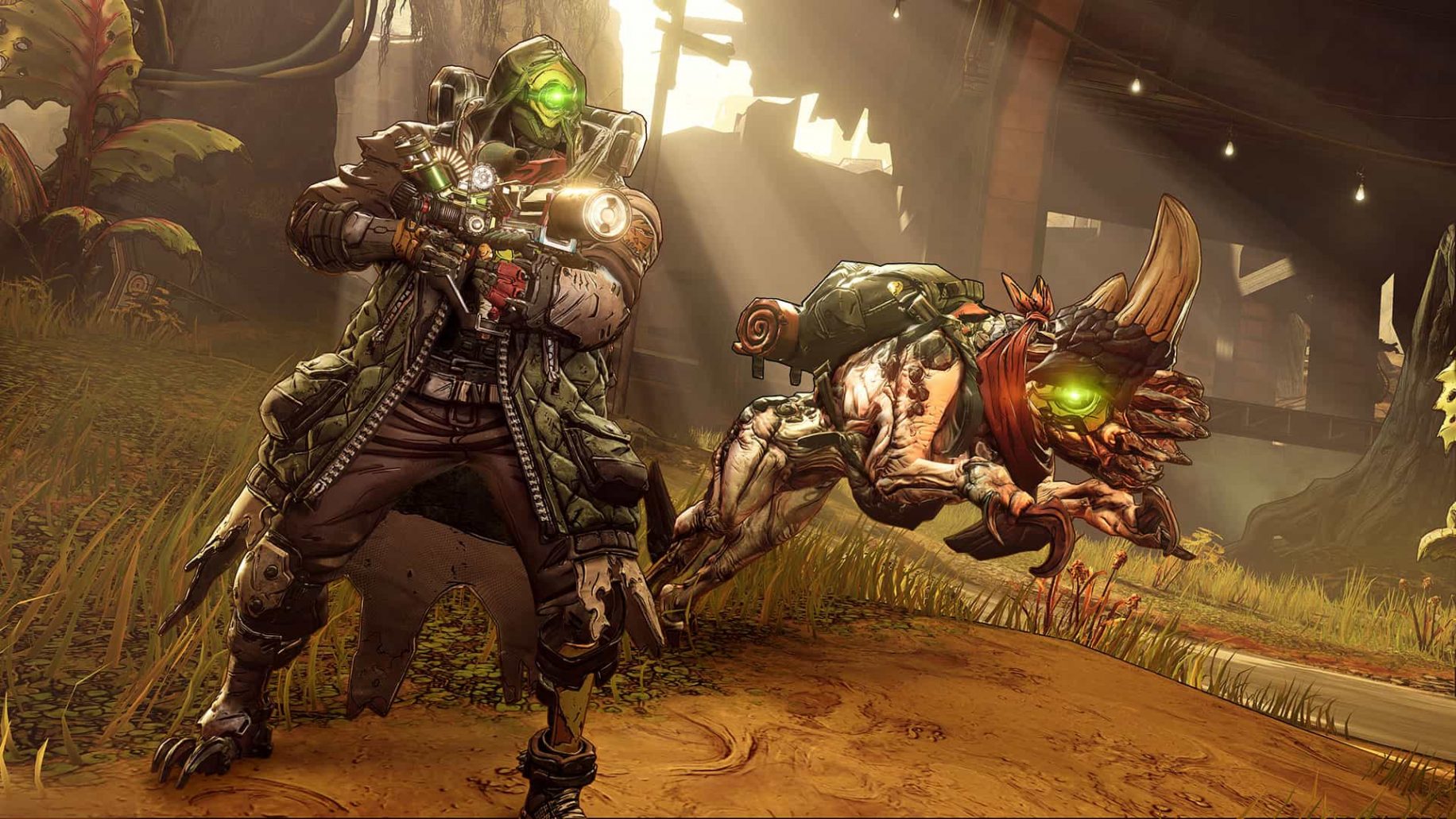 Borderlands 3 is out now and it’s an enormous game. Seriously, it’s huge. We here at KnowTechie want to make your trip to Pandora (and beyond) easier, so we’re going to be coming out with a series of guides on the four new characters (Amara, Zane, Moze, and FL4K), including an overview of their skill trees and potential build ideas. Ready to get started?

This one is for FL4K the Beastmaster.

FL4K is a pretty versatile character, with a fair mix of abilities just for them and abilities that center around animal companions. They can get support from a Spiderant (big spider with a mechanized appendage), a Jabber (monkey with a gun), or a Skag (mutated dog friend), plus a cooldown attack from a pair of Rakks (flaming bat things).

All of these pets can be teleported through a Gamma Burst portal to do radiation damage if you want that skill. Oh, and FL4K can turn invisible. Intrigued? So am I. Let’s dig into the skill trees.

Oh, and if you’re new to Borderlands 3, you should definitely start here first.

The Stalker tree is all about getting a Jabber – a monkey with a gun, essentially – and taking a back seat while it tanks and does your work for you. The active skill is Fade Away, which literally makes you turn invisible and grants significant buffs while you are. Add in some survivability and the Stalker tree becomes very, very safe and support heavy. Here are some feature skills:

Maybe you like your pet, but you’d rather take a more active role in combat than the Stalker tree provides. If that sounds like you, the Master tree is the aggressive version of the Stalker tree.

This one is mostly about dealing damage in tandem with your pet, whether it’s by just letting your Skag run wild or by actively using Gamma Burst, the active skill of this tree that blasts an area for radiation damage.

Here are some notable skills for this one:

You probably chose FL4K for their pets, but they also have a dedicated tree that’s all about them. The Hunter tree specializes in critical damage and kills skills, ideal for the snipers out there. The active skill for this one is Rakk Attack! which summons a rakk to dive-bomb an enemy for incendiary damage.

The real star of the show here is the final skill, Megavore, which gives ALL shots a chance to critically hit (instead of just headshots).

Here are some featured skills from the tree:

Eagle-eyed readers will already know what I have in mind: A mix between the Hunter and Stalker tree that allows infinite invisibility. This build will forego most pet skills in favor of FL4K-centric skills that bolster Fade Away and FL4K’s critical hits. This should be a hugely survivable, high damage build so silly that it verges on game-breaking.

Now unlike the other builds I’ve done, I have to make a big qualification here: We actually don’t know if you can reduce the cooldown of an action skill while that action skill is currently active. If you can, this build works. If you cannot, this build is dramatically less good and should probably be skipped entirely. We’ll see soon enough!

Ready to check it out? Here’s a link.

The crux of the build is our action skill, Fade Away, which lets us turn invisible. We’ll augment it with Guerrillas in the Mist, which makes it 8 seconds and reduces the critical damage bonus, but that’s 8 seconds where 1) every shot we fire is a guaranteed critical hit; 2) we move 25% faster; and 3) we get a constant 3% health regeneration per second. Since we’re aiming to be invisible 100% of the time, think of these as constant buffs. That alone should have your attention.

We’re going to use the Jabber companion and give it a shotgun with Beefcake Jabber because our pet deserves it. For our second Fade Away augment, we can take either Not My Circus or Until You Are Dead. I took the former because I like making sure attention is completely off me in combat.

Since all invisibility hits are crits, we should be able to just take a machine gun (anything about 10-16 rounds per second that’s even halfway accurate) and rapidly recharge Fade Away. That’s why it’s important that action skills can have their cooldown reduced while they’re active: If they cannot, none of this works.

From there, everything is just damage. Galactic Shadow boosts crit damage, Grim Harvest is unconditional gun damage, Furious Attack is stacking rapid-fire damage, Turn Tail and Run boosts our damage while standing still, and The Fast and the Furryous boosts our damage at full health. The vast majority of this build is optional, but there are some easy choices like 3 points in Persistence Hunter, our only Master tree skill, which is just a flat, unconditional 12% gun damage.

Will the action skill cooldown think work? Am I missing something potent in the other trees? Maybe Hunter+Stalker isn’t for you and you have something else in mind for FL4K. Feel free to sound off and discuss in the comments below or carry the discussion over to our Twitter or Facebook.

Borderlands 3 is now available for Xbox One, PlayStation 4, and PC.

Interested in the other characters? We’ve got guides for those, too.