Buy everyone on your holiday shopping list a Ninja Pressure Cooker, Steamer and Air Fryer 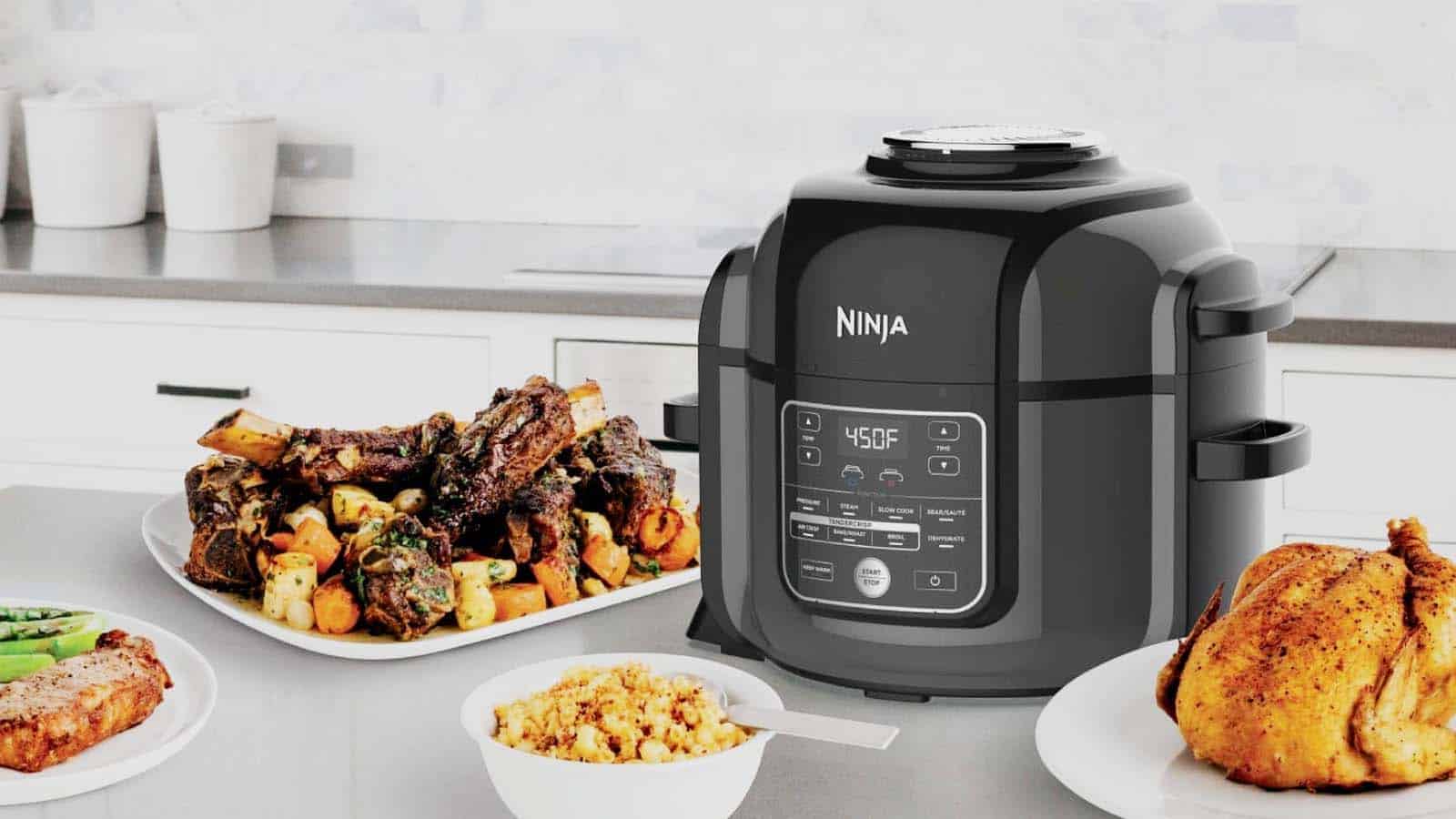 According to one reply on Twitter, the hottest tech gift of the season isn’t some game console, isn’t some fancy phone, but rather it’s the Ninja Pressure Cooker, Steamer and Air Fryer with TenderCrisp Technology Pressure and Crisping Lid. All the words in that sentence are capitalized because since it’s the banging tech gift of the season, we’re going to break each function down, one by one.

Which is probably why the Ninja Pressure Cooker is a hot item this year. Presumably. Whatever. It’s not the cheapest pressure cooker on the market, but it’s 29% off at Amazon for $177.99. That’s the 6.5-quart version, but since I can’t convert quarts to however much raw chicken I have in my hands, it holds a bunch of meat and stuff. Like celery or potatoes or pig ears. I don’t know. Put stuff in it. See what happens. Magic happens. That’s what happens.

Here’s what you need to know about the Ninja Pressure Cooker, Steamer and Air Fryer 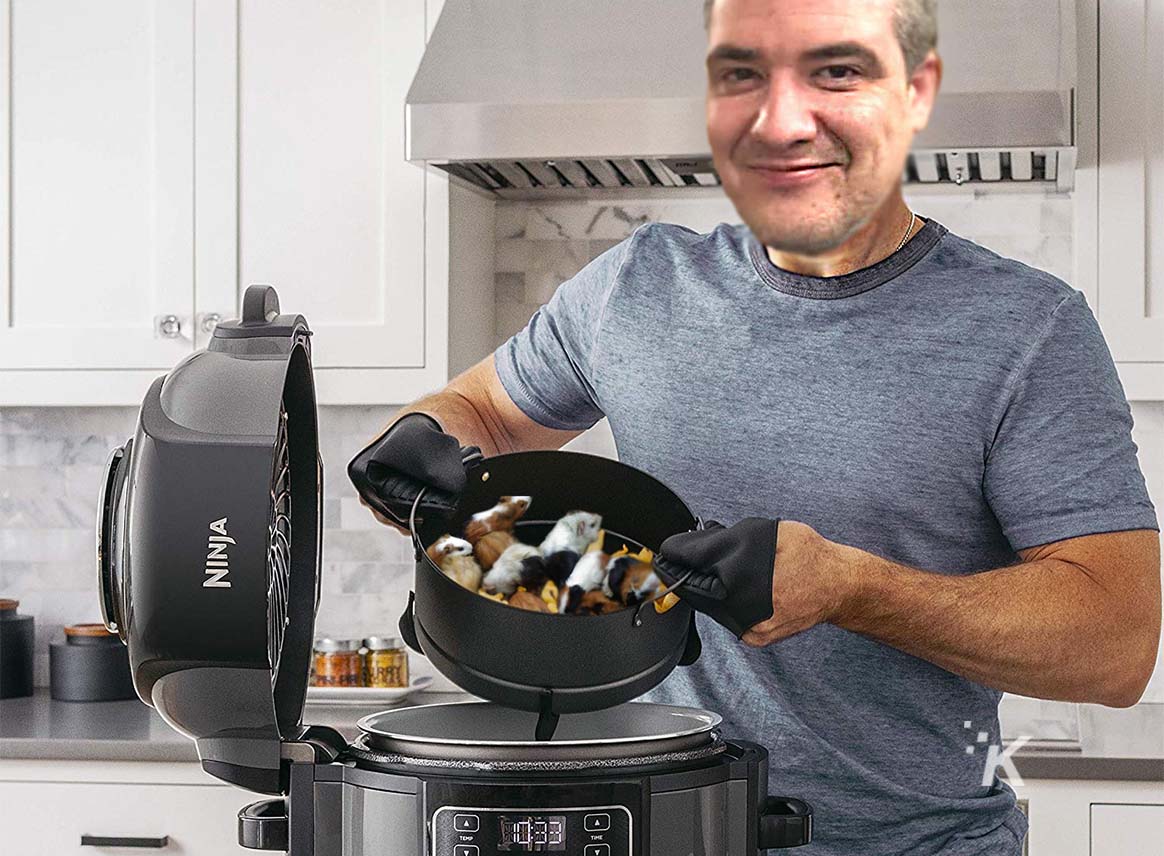 Interested in gifting one of these bad boys? Want to snag one for yourself? Here’s everything to know about the combo Ninja Pressure Cooker.

A pressure cooker is like a crockpot, I think. They use it on Masterchef a lot to make short ribs, which I guess are ribs from short cows. This part of the Ninja Pressure Cooker cooks things like hot pockets, used bananas and rubber from busted bike tires super fast. But you should probably just use it for like, chicken and beans. 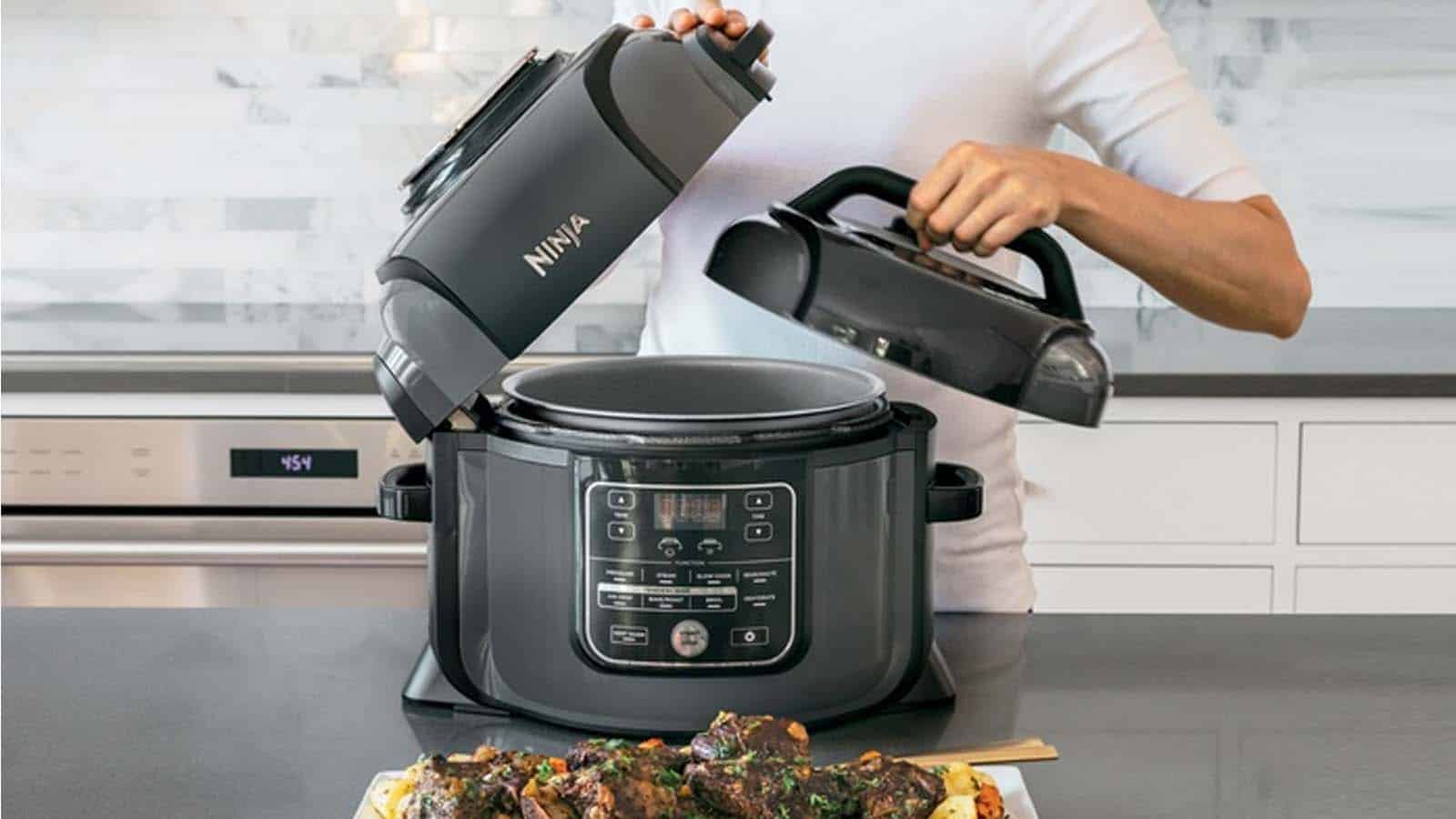 The Ninja Pressure Cooker is also a steamer, so instead of hauling yourself down to the Turkish Baths in the middle of a Tuesday afternoon, just turn on the steamer function and drop that towel. Squat over the top and let the sweat steam clear your tender crevices of any and all impurities. Collect the drippings to use as a roux for a soup or stew. Wave to your neighbors as they dial 911 because you’re in their kitchen. The holidays are all about togetherness and sharing.

You might confuse the Air Fryer function on the Ninja Pressure Cooker with a regular air fryer and you’d be right. They are the same. It’s like a regular fryer but uses super-heated air and a fraction of the oil to turn your bacon into fried bacon, your #2 pencils into fried pencils and your grapes into fried grapes. Don’t stick your hand in there. It’s hot. 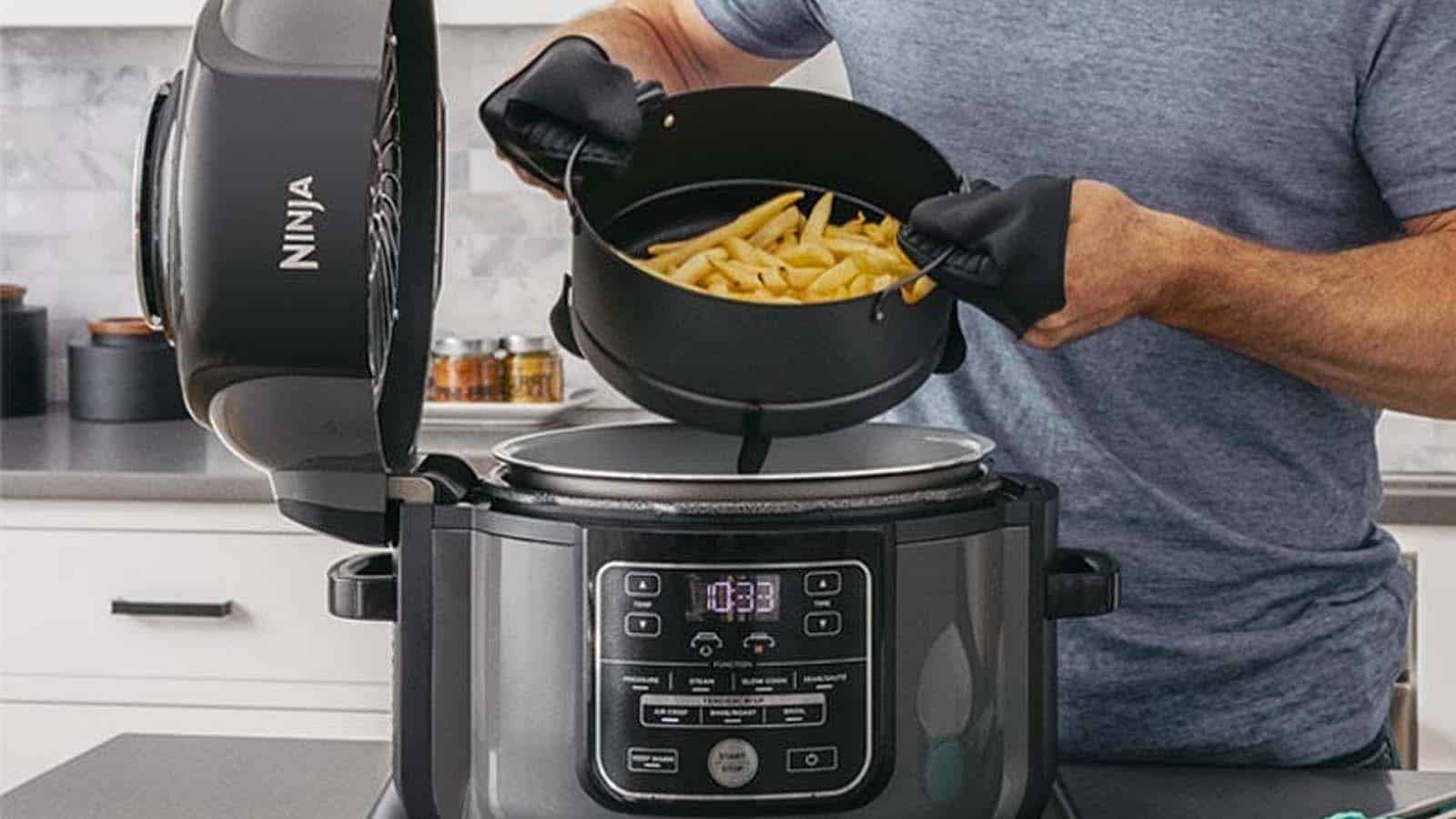 The Ninja Pressure Cooker boasts TenderCrisp Technology Pressure and I’m guessing this is the magical chip the wizard who assembles these machines installed in order to make sure your meat is not dried out when it’s fried. This way, your fried chicken hearts are super tender, which is hard to do with organ meat. But the wizard, oh the wizard, he’s a crafty bastard and knows all about organ meat. I mean, look at how short his wizard gown is.

It seems to me that the Ninja Pressure Cooker shouldn’t have a crisping lid. I mean, you want the things inside it to crisp right? Not the lid. Why would you want the lid to crisp? Why would Ninja make a product where the lid itself becomes crisp? Perhaps it’s made out of flour and sugar and eggs and crisps up like a piece of Matzoh. In that case, it’s a shitty lid. I like my lids like I like my cheese. Hard and preventing me from messing with food in the process of changing physical states.

The Ninja Pressure Cooker has a ton of great features that set it apart from most of the pressure cookers on the market. While you’ll be tempted to fill it with Steak and Cheese Hot Pockets and let ‘er rip, I’d recommend skipping that urge and sticking to actual food items, or at least the squirrel scrapings from your tire well.

What do you think? Is the Ninja Pressure Cooker, Steamer, and Air Fryer something on your radar? Let us know down below in the comments or carry the discussion over to our Twitter or Facebook.