Can we stop calling hard games the Dark Souls of whatever?

This seriously needs to stop. 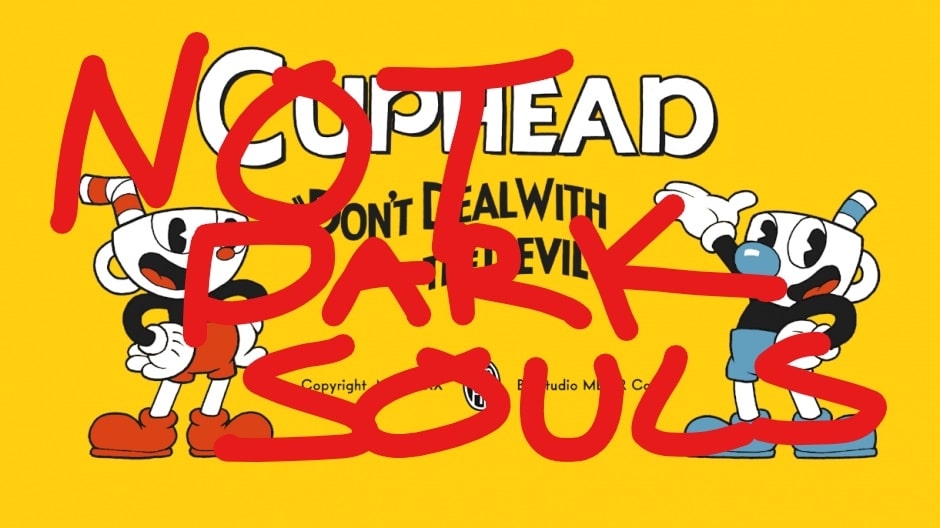 So, I dove into Cuphead this weekend. It’s a pretty tough experience, but as my buddy, Jonathan White, pointed out, most of the difficulty is based on knowing what the enemies can throw at you and not getting cheesed by some bad luck.

As I began to play my way through the game, I had several people tell me how they heard that it was the Dark Souls of run & gun games. Now, this has been mentioned before, and at the time, I hadn’t experienced Cuphead yet, so I wasn’t able to weigh in on that. However, the game being challenging doesn’t make it the Dark Souls of anything. As a matter of fact, most games that get comparisons to Dark Souls have as much to do with it as I have in common with a successful games journalist. Hint: that’s not f*cking much. 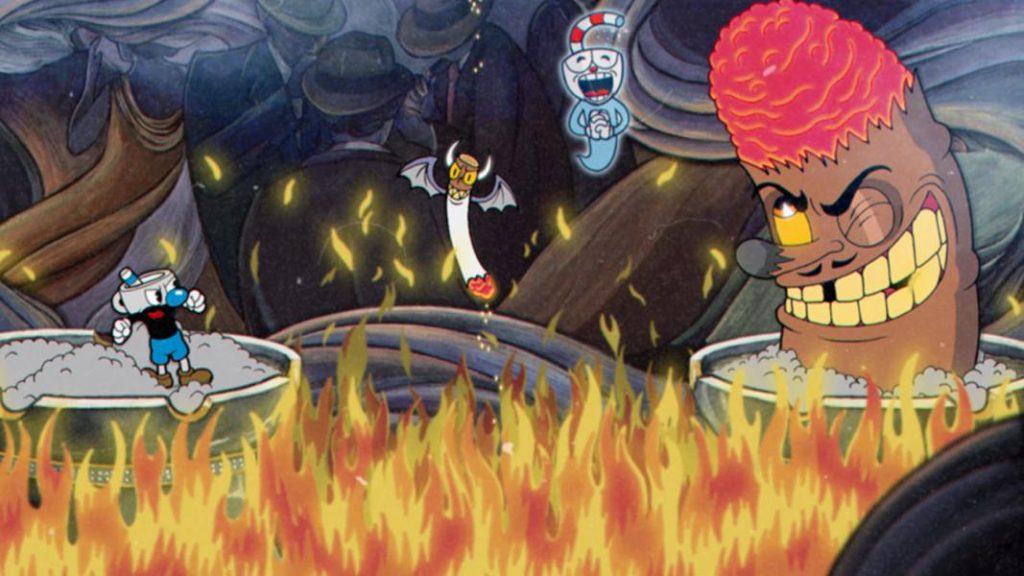 Dark Souls was a game that reintroduced players to the concept of growth through failure. In Dark Souls, you learn from your mistakes and by association grow your skill as your progress through the game. Yeah, there are a few times where the game or games inspired by it tend to throw a controller-throwing moment of frustration in just to keep you on your toes. However, these moments are usually a one-time “gotcha,” and then you know what to expect as you reencounter it. Dark Souls isn’t about not being able to dodge a bullet or having enough health amassed to make it through a boss encounter.

As I played Cuphead, I had a few frustrating moments where I felt like I was a victim of the design of the game, rather than having the appropriate skill to avoid death. For example, the Grim Matchstick fight is frustrating. Even when sticking to the top of the screen, there are moments where there just isn’t enough room to dodge attacks and not be hit by anything or fall off a platform. Yes, after a handful of attempts I was able to beat him, but trying him again later still ended up being more of being lucky than knowing the fight.

Compare this to Ornstein and Smough from Dark Souls. These jerks are incredibly tough but after you learn how to deal with them, they become a minor inconvenience in subsequent playthroughs. Success in their fight is all about positioning and making sure you are killing Ornstein before Smough. 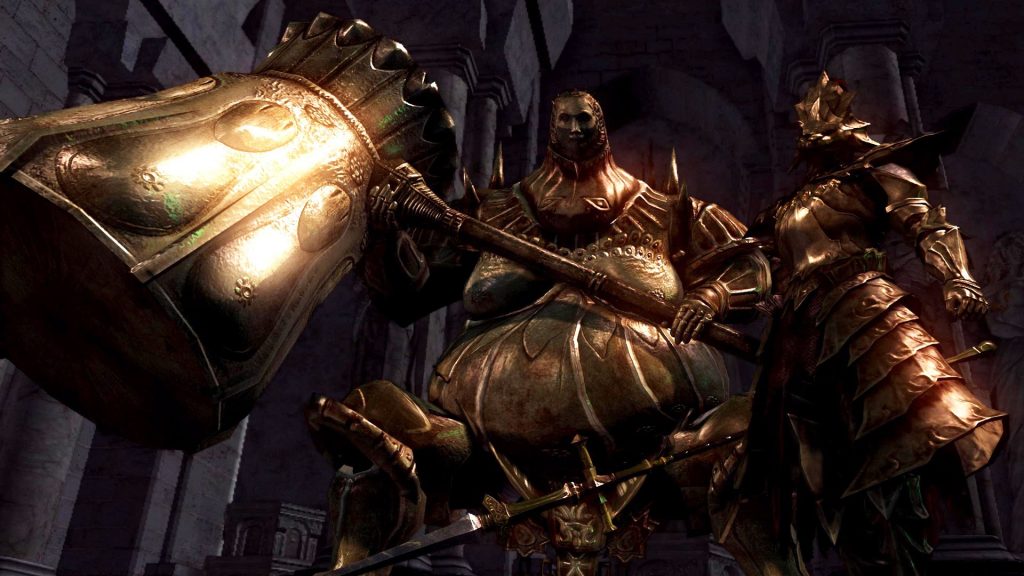 Calling a hard game the Dark Souls of anything is really a disservice to both games. Yes, some games are like Dark Souls – Nioh or Let it Die are absolutely in the same vein and genre as Dark Souls; Cuphead, however, isn’t. It’s a tough game that calls back to run & gun games of the past.

Contra or Gunstar Heroes have much more in common with Cuphead than Dark Souls ever could. In Cuphead, any successful strategy is based around not getting hit. In most cases, you can’t repeat the same strategy over and over and end up with the same fight. Dark Souls, on the other hand, is meant to work like that. If you can parry efficiently, Champion Gundir in Dark Souls III can be trivialized entirely. Compared to fighting The Devil in Cuphead, where the experience is never identically the same, parrying keeps the fight moving.

It’s OK to call a game hard because there’s absolutely a market for them out there. Learning to ride a bike is like playing Dark Souls, through trial and error with a little practice, you’ll get it down and be riding a bike perfectly with a few bumps and bruises along the way. Hard games like Cuphead are more like hiring someone to occasionally run up and punch you in the face as you try to figure out how to pedal. 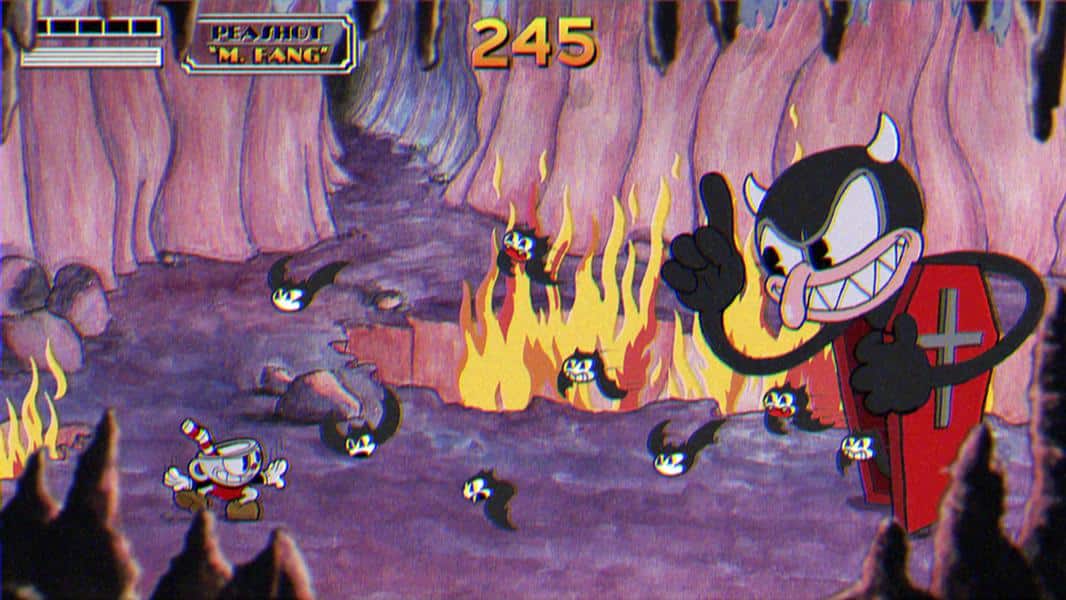 So, yeah, the truth is that there are hard games out there. It’s great that we have a new one that has fantastic aesthetics and design that haven’t really been seen before. That’s awesome! At the same time, you are selling the game short by comparing it to something it entirely is not.

Next time someone tells you that a game is the Dark Souls of whatever, you may want to ask them to clarify. Is it a hard game, or is it a game that forces you to develop new skills? Who knows, their answer may surprise you.