It even has the potential to reach speeds over 900 mph! 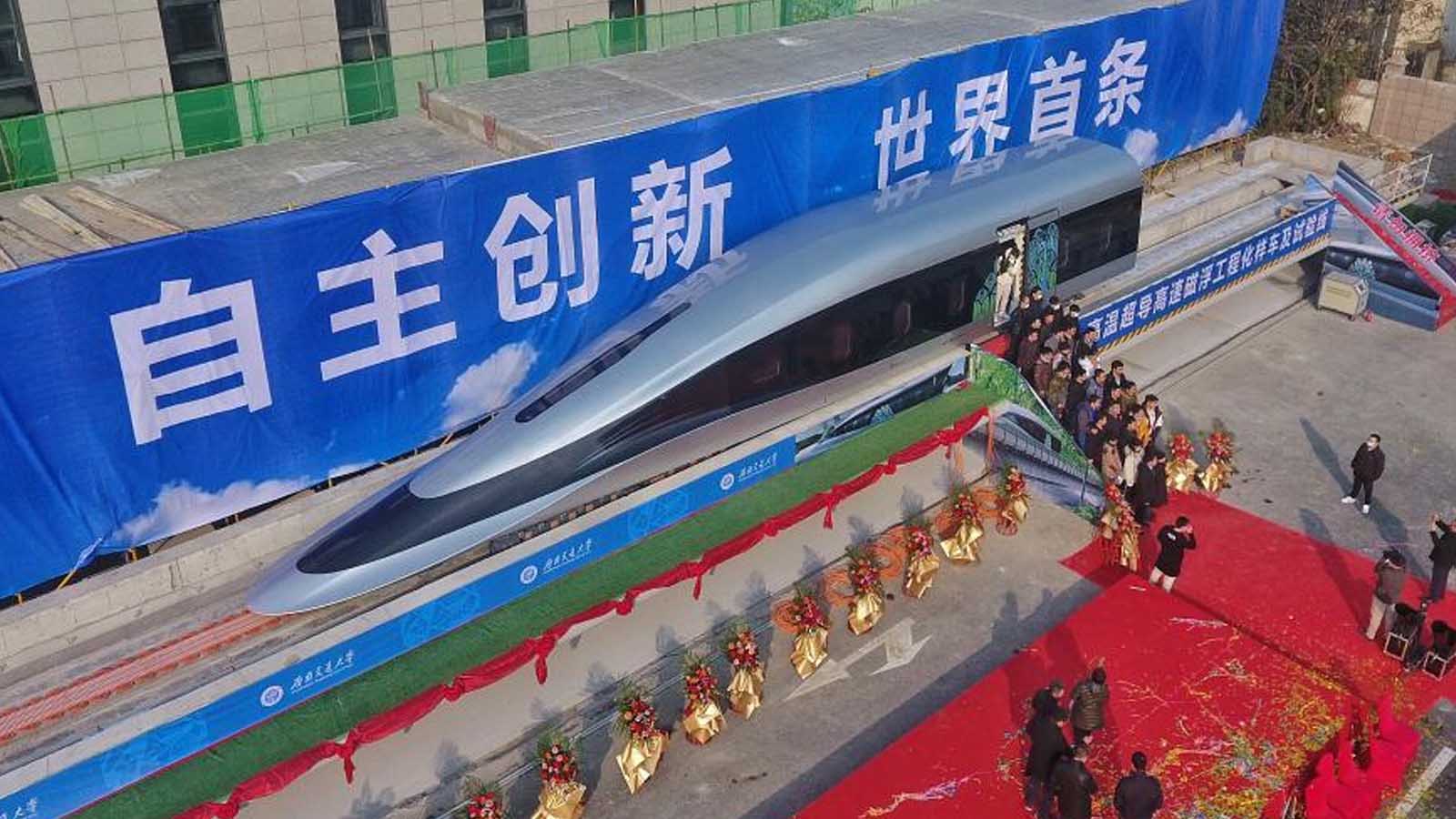 China’s ambition to dominate the world of technology is well-known, and they never shy away from any opportunity to point that out. Recently, they presented their new maglev train which has the potential to break the world speed record for trains that currently stand at 374 miles per hour. Their latest prototype train aims at hitting 385 miles per hour.

A new maglev train usually wouldn’t get so much world press coverage as China is the country with the longest high-speed railway network. There are plenty of those trains there.

However, this one is not like any of those maglev trains. This is by all accounts a special train as it is based on technology developed by local scientists. All other maglev trains in China are based on foreign technology.

Furthermore, the new train, whose prototype was revealed at the Southwest Jiaotong University in Chengdu, is made entirely from carbon fiber and weighs only 13 tons. The 21-meter-long prototype presented earlier this year utilizes technology that was in development for almost two decades.

Professor Deng Zigang is responsible for the development of this new tech. According to Professor Zigang, if all goes as planned, we might see this technology in commercial use at some point in the next three to five years. He also said that the new train could reach speeds over 900 miles per hour in tunnels or evacuated tubes.

For now, however, the current design of the train aims to hit 385 miles per hour. According to him, they are working on a 40 kilometers long test track near Chengdu. Once the technology is ready for commercialization, they plan to build the first super maglev track in China’s Yunnan Province.