Computex 2018 is underway in Taipei, Taiwan, and it’s a perfect backdrop for Asus to show off their vision for the future of computing and connectivity. One of the more forward-thinking manufacturers, Asus will undoubtedly show off some devices that are a step further than the usual iterative designs. 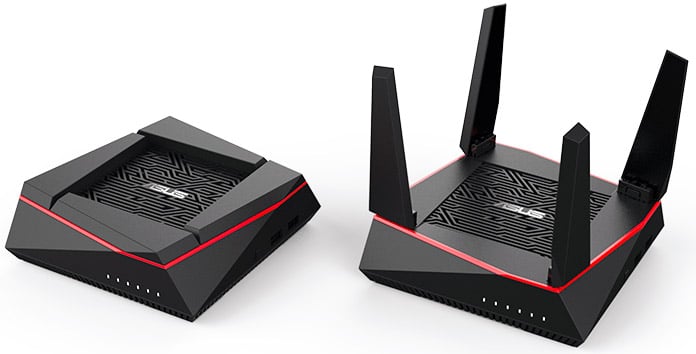 Whew. It feels only yesterday that 802.11ad was the new speedy WiFi specification, and now AX devices are here at Computex 2018. Where 802.11ad was really only suitable for low-range functions, the new specification is designed to work in the existing 2.4GHz and 5GHz bands. This should mean it’s back-compatible with existing adapters and devices.

Asus has a new mesh network kit, the AiMesh AX6100, which is able to cover a much larger area than a single router, while still keeping the speeds up. You can add more nodes if your home is large enough to not be served by the two in the kit, and any additional AX bandwidth goes into speeding the link between nodes. 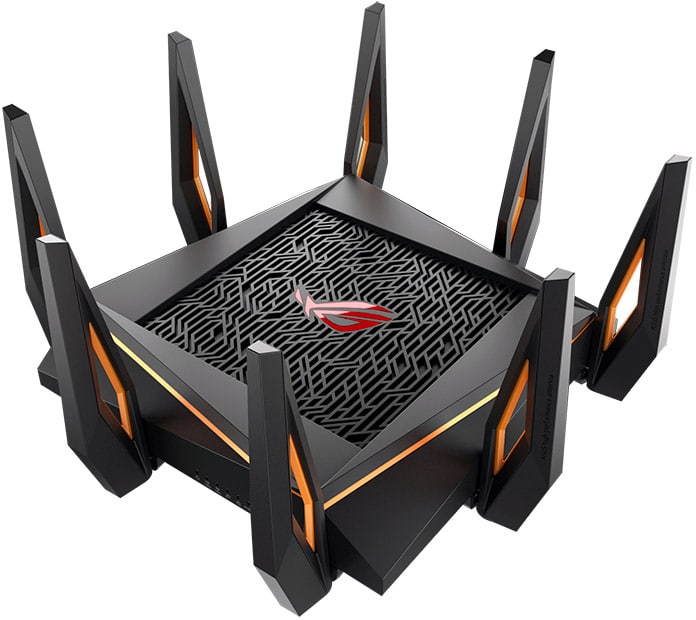 Support for AiMesh configurations is also on the beastly ROG Rapture GT-AX11000. The tri-band device has an extra 802.11ax band that keeps wireless clients from interfering with your precious gaming bandwidth. There’s also a 2.5G Ethernet port for greater-than-gigabit ISPs or faster local clients, to really turn up your network’s speeds. There are also some other devices in the new family of ASUS AX networking products. 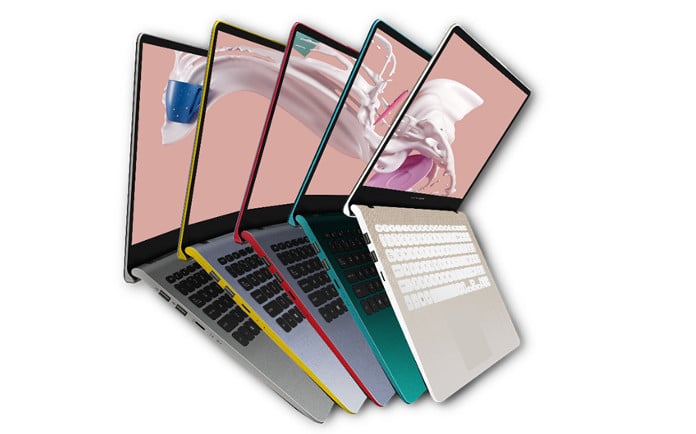 Asus’ Vivo range is out in force, with laptops, 2-in-1 convertibles, and a new fitness tracking watch. The new VivoBook s14 430 and S15 530 are affordable, slim laptops with colorways that aren’t often found on devices without customization. With Intel’s latest quad-core ultrabook processors and enough ports to live without a bag full of dongles – they’re practical, with a touch of fun.

The VivoBook Flip 14 has a 360′ hinge to let you flip between tablet mode and notebook effortlessly. Also sporting a fingerprint reader, the VivoBook Flip can give the high-end ZenBooks a run for their money. 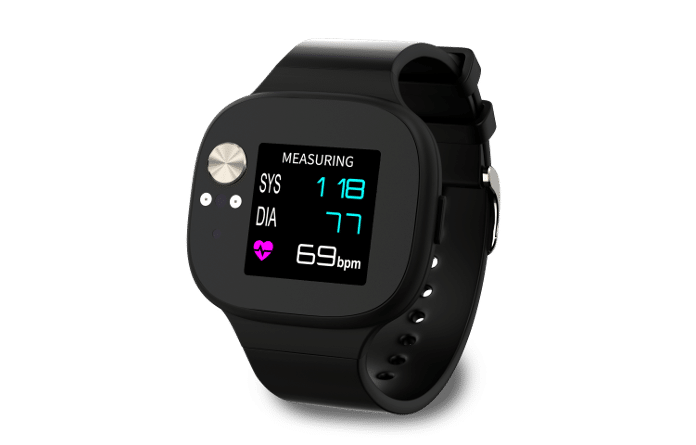 The VivoWatch BP is the first blood-pressure monitoring fitness watch. It also monitors heart rate, sleep, and activity, giving you all the information you need to monitor your precious health. Using Asus HealthAI, the device paints a clear picture of your health and then offers solutions for lifestyle adjustments to improve it.

High-end laptops with a twist 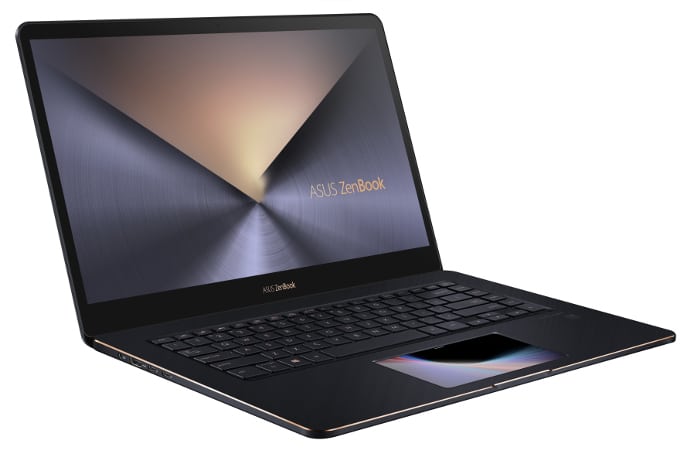 There’s a couple of new ZenBooks this year, but we want to focus on the ZenBook Pro UX580. This ultraslim laptop has a 6 core Coffee Lake processor, and a Nvidia GTX 1050Ti graphics card. A slim bezel 4K panel that’s calibrated at the factory rounds up the normal specs, and I want to talk about the special touch. Touchpad, that is.

The trackpad on this model is replaced by what Asus calls the ScreenPad. This is a smartphone-grade Full HD touchscreen capable of not only tracking your movement but also displaying handy application-specific toolbars to enhance productivity. The ScreenPad can host dedicated calendar apps or a calculator and can even be used to extend your Windows desktop as a 2nd screen.

Displays as wide as the eye can see

Asus has a whole panel of displays on, well, display at Computex 2018. From professionally-aimed units like the ProArt PA34V and the All-in-one ZenAiO Pro Z272 and the CG32 console gaming monitor. Then there’s this bad boy, the VG49V. Yes, that’s a 49-inch wide ultrawide with a 32:9 panoramic aspect ratio.

With enough space to show two 1080p screens side-by-side, the 144hz refresh rate, FreeSync and low 11.9-ms input lag, this is a beast of a gaming monitor that can easily pull double-duty as a productivity workhorse.

Republic Of Gamers roadtrip at Computex 2018 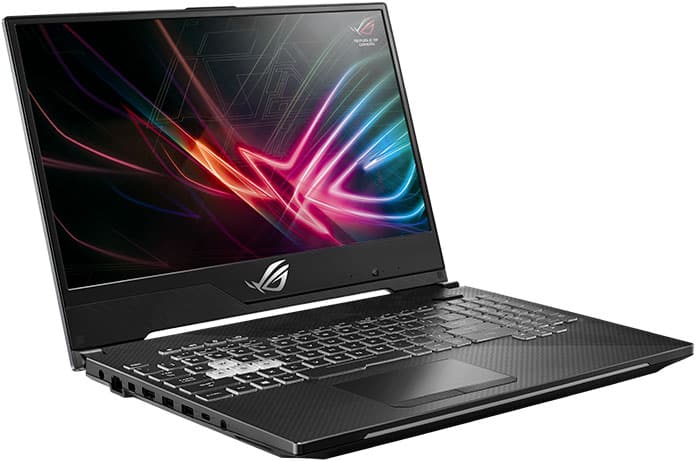 It wouldn’t be an Asus showcase without some ROG products. The high-end gamer-orientated brand is in full force, with a gaming phone with a 90hz screen and vapor chamber cooling, several new laptops and a host of new components. At Computex 2018, RGB was everywhere, there’s even a new headset, ROG-branded AIO CPU coolers, a brand-new power supply, and a ROG-branded PC case. The RGB continues with a new mouse and several mousepads including Qi wireless charging.

Anything especially interesting for you from Asus at Computex 2018? Let us know in the comments.