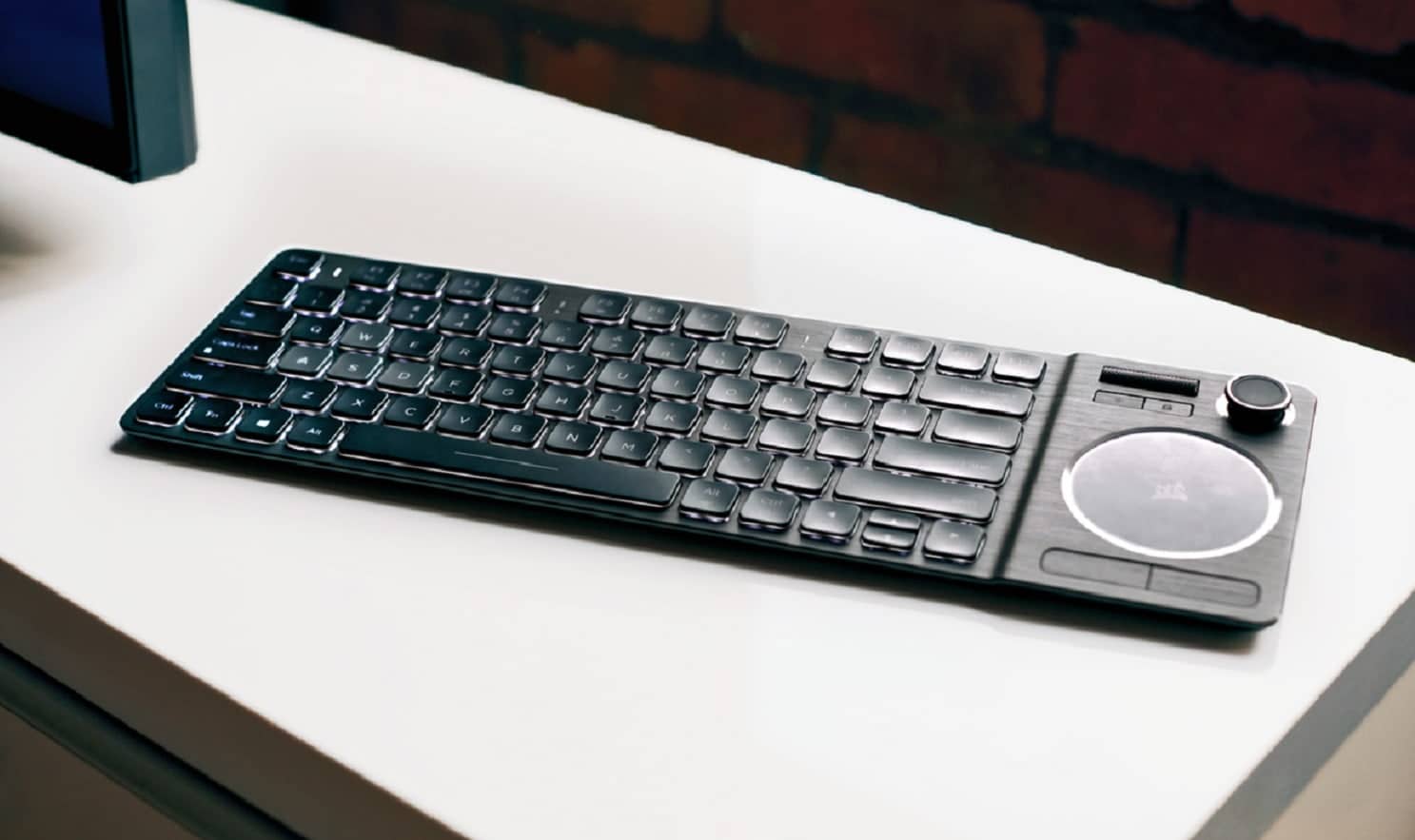 Corsair, a purveyor of fine RGB-spewing PC peripherals, is back with a new wireless keyboard. The K83 Wireless is an attempt at taking the keyboard into the living room, with an integrated trackpad.

The slimline, laptop-style keyboard has 76 keys, using the space usually reserved for a numpad for the circular trackpad and some other controls. There’s a small joystick, which has two clickable buttons on the edge of the keyboard, which is nice.

It’ll only be minimally useful for gaming (maybe like Hearthstone or something) though, probably just menu navigation and camera control. You can use it to emulate a mouse, but I’m at a loss as to why you would do that when there’s a trackpad.

While the K83 does make use of Corsair’s iCUE software for lighting control, joystick and touchpad customization, sophisticated macro programming, and other functions, the LED backlighting only comes in white. No RGB disco party in this living room, sadly.

The rechargeable battery claims up to 40 hours of use, recharging over micro USB. It can either connect via Bluetooth or an included 2.4Ghz dongle, which might actually make the K83 more suited to pairing with a tablet than using it as a media controller. Then again, if you’ve got a small form factor PC next to your TV, you’ll need something to control it and the K83 should fit the bill.

It’s not the first time that Corsair

has tried to turn PC gaming into a couch sport. The company had a much larger Lapdog, which was basically a plastic plank that you put your existing mouse and keyboard on. It was expensive, even more so when you factor in the other peripherals needed, and likely didn’t sell well. The K83 should have an easier time, both because of the $99.99 price tag and because it provides an all-in-one solution.

What do you think? Interestested in the Corsair K83? Let us know down below in the comments or carry the discussion over to our Twitter or Facebook.