Your ass resembles a potato. Get it? 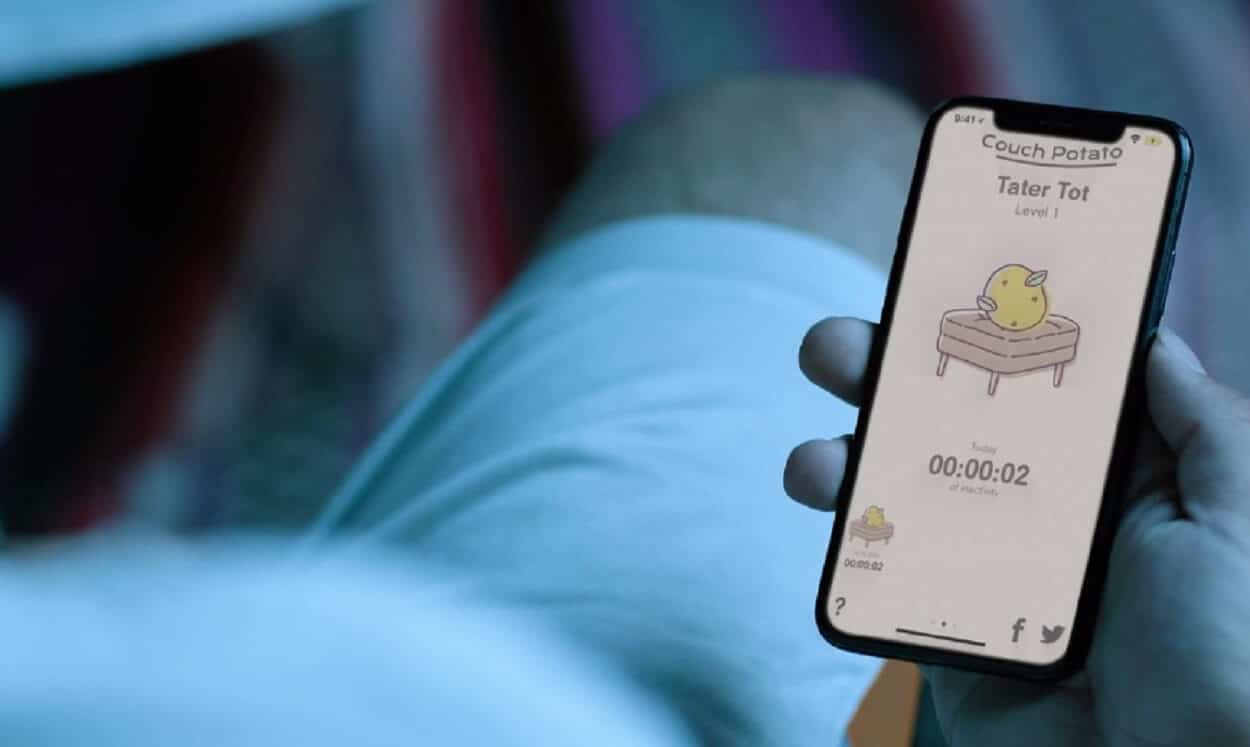 Burrow is a company that sells couches, or sofas. The distinction between the two is akin to the difference between an Americano and iced coffee. So what’s the best way to sell you a couch? Remind you how lazy you are through an app that tracks your inactivity. As if your significant other yelling from the kitchen isn’t already doing that.

The app is called Couch Potato and works in the opposite way of fitness trackers. It is available on Apple iOS because, like fitness trackers, it needs the motion and fitness tracking available on the iPhone in order to ignore any movement. That means you should leave your phone on the couch if your binge-sitting leads to binge-masturbation. With the Couch Potato app, you certainly don’t want to give off the impression you are physically active.

As indicated in the video that you are way too lazy to watch, there are nine levels of pure sloth to be achieved. Sit longer, heart health be damned, and proclaim yourself the winner of the most effective bum contest you are having with yourself. The app does reward you with coupons to not only purchase a new couch from Burrow to plaster with dried excretions, wet pizza, and animal dander, but for services like Drizly and Vinebox, as well – because nothing encourages athletic sitting like alcohol delivery services. You don’t even have to get up. Mom will answer the door.

It’s adorable when businesses release companion apps that take a sarcastic spin on its product line. Couches are for sitting. Here’s an app that tracks sitting. It makes sense. Also, we as Americans are fat, lazy, Cheetos eating slobs. The last thing your flat, uninspired ass needs is an app encouraging you to sit more. Except, that’s exactly what your zit-laden shit-skin fortress needs. Because as humans, we also get off on meaningless rewards, like arbitrary leveling up in a sitting app.

The Couch Potato app is available now and probably won’t exist forever. Regardless, it’s not like it’s endless entertainment, but considering you are on your fourteenth run through of Friends and picking what appears to be dried cheese off the crotch of your ironically worn jogging pants, it’s not the worst idea to justify your hopeless struggle with healthy movement. Hell, it might even inspire you to buy a new couch, because everything about the disgusting pit of filth you live in screams new couch.

What show would you binge to go for the sitting record? Let us know below, you slob.

For more tech and app news, make sure to check out: