4.5g each, that’s like a piece of printer paper. 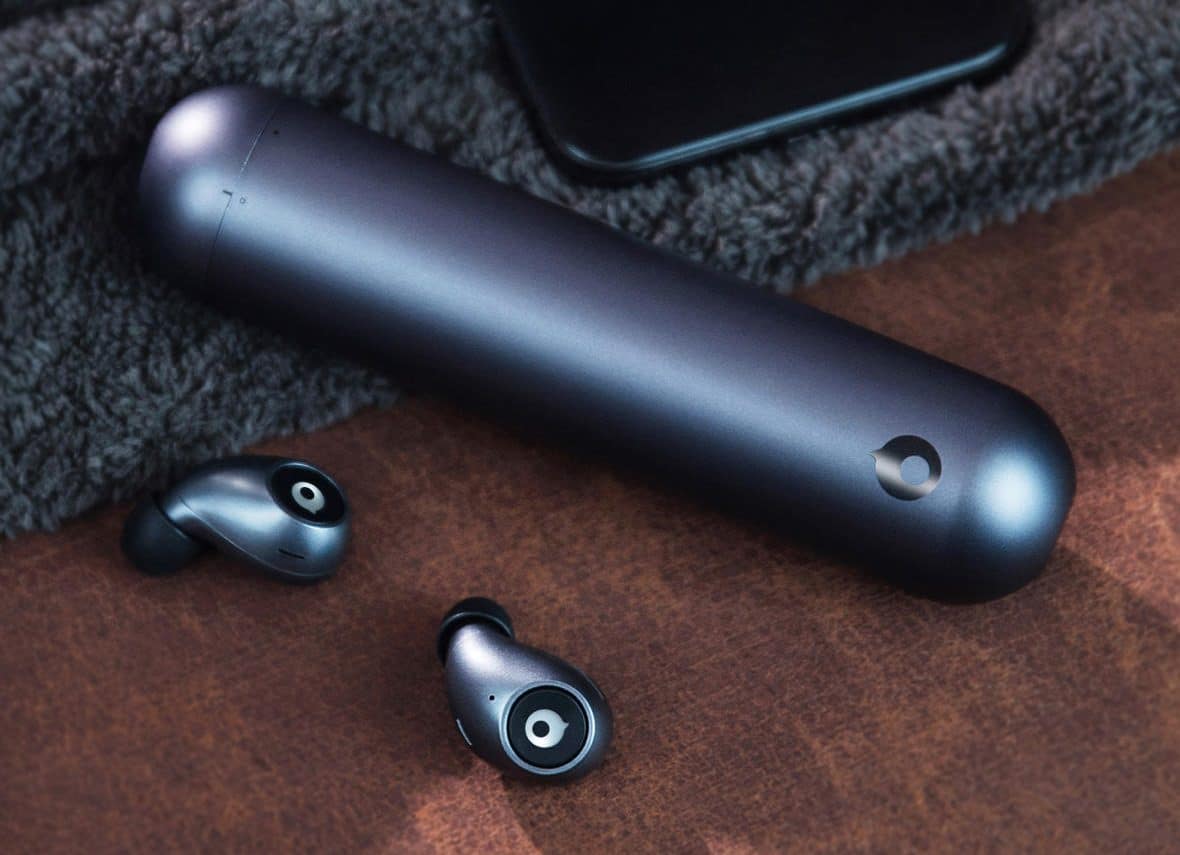 Crazybaby might not be a household name, but the company is becoming a big name in wireless audio. They’ve launched a bunch of innovative wireless audio devices such as the Mars levitating speaker and the Air, a line of truly wireless earbuds.

The Crazybaby Air 1S is the updated version of their truly-wireless Air earbuds that were successfully crowdfunded back in 2016. That was the first-to-market device using carbon nanotubes as the diaphragm which promises less audio distortion than other materials. The Air 1S updates the technology inside while sticking to the striking looks of the original.

Battery life is now up to 12 hours when using the included battery case to recharge in between uses, and there’s a host of new audio improvements over the original set. That includes 3D virtual surround, enhanced bass and noise reduction tech that reduces wind noise so your motivational music during your runs isn’t interrupted.

There’s a microphone for calls, and one-touch controls for calls, music and your digital assistant of choice. The companion app for iOS and Android lets you tweak EQ levels to your personal tastes.

They’re currently available from Crazybaby’s website for9, the first 800 units in the grey will be only $99.

We’ve got a set at KnowTechie that we’re currently testing, so expect a full review shortly.

What are your go-to buds? Let us know in the comments below.

For more tech news and reviews, check out: