Also announce, an overall to the T-Mobile customer service experience. 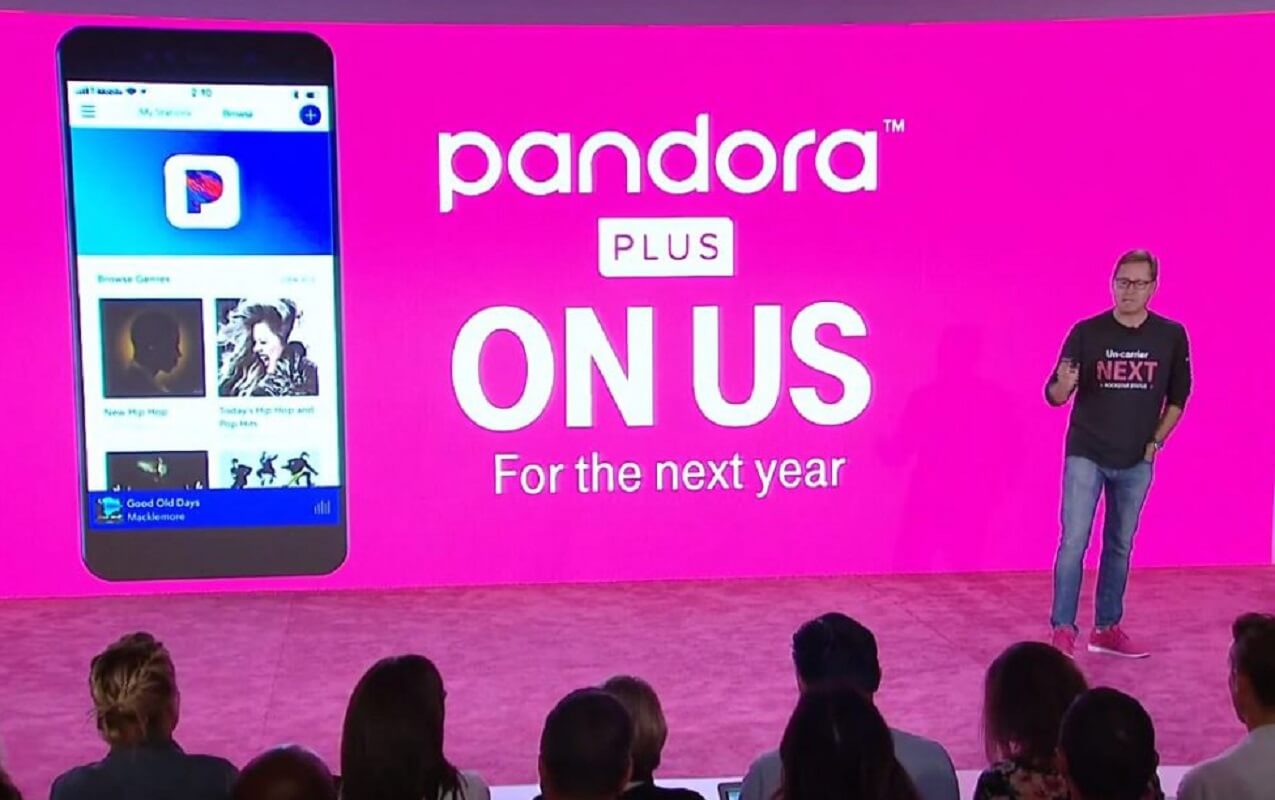 First, Verizon began offering free months of Apple Music. Next, Samsung and Spotify announced a new partnership. Now, T-Mobile and Pandora are teaming up to provide a fresh goody to T-Mobile’s cellular customers.

Beginning Aug. 28, T-Mobile customers can receive a free 12-month subscription to Pandora Plus through the T-Mobile Tuesday app. Regularly priced at $4.99, this is a sweet deal.

With Pandora Plus, you receive unlimited personalized stations, up to four stations for offline listening, unlimited skips and replays, higher quality audio, and the ability to listen with no ads. This tier is different than the $9.99-per-month Pandora Premium package that also offers the ability to search and play any song and create playlists.

Also on Wednesday at its latest Uncarrier event, the No. 3 carrier in the U.S. announced a major overhaul of its customer service. Called “Team of Experts,” the new business model assigns postpaid customers to a dedicated team of experts. The service is being described as getting “real help from real people, on your terms.”

The company also announced a new partnership with Live Nation that will give customers access to exclusive tickets 30 days before shows. As part of the deal, $25 lawn tickets will also be offered at some amphitheaters, as well as fast-lane entry to concerts, and other perks.

Beginning tomorrow, Aug. 16, Verizon Wireless customers can receive a six-month subscription to Apple Music for free. Soon after, Samsung agreed to install Spotify on every mobile device it makes, including the upcoming Galaxy Home speaker.

Do deals like those mentioned above make you more likely to go with a particular carrier over another? Let us know below.