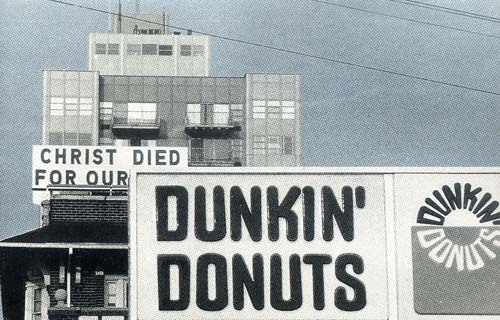 Welcome back, it’s Monday! Here’s some of the days best tech reads:

“Tony Hsieh, the charismatic founder of Zappos.com, invested $350 million into turning Downtown Las Vegas into a startup. Buying 30 acres, setting up his own school, his own hospital, his own venture fund and restaurants, Hsieh is creating an innovation city in his own image. It is strange. And it is struggling.”

My Coworkers Made Me Use Mac OS 9 For Their

“The above is a lightly edited conversation between Senior Reviews Editor Lee Hutchinson and Automotive Editor Jonathan Gitlin in the Ars staff IRC channel on July 22. Using Mac OS 9 did not initially seem like such a “great idea” to me, however.”

A Quick Tour Of The New York Times’ Twitter Graveyard

“what does the Times’ Twitter footprint look like today? To check, I conducted a very unscientific exploration into the editorial staff Twitter accounts. While the Times employs well over 1,000 editorial staffers, the company keeps an official Twitter list of “NYT Journalists,” comprised of the 690 current (and some former) staffers who have Twitter accounts.”

I snuggled with a stranger using new app Cuddlr, and my fellow cuddlee had a gun

“There were two social networks that blew up in the past week whose founders weren’t quite ready for all the attention. The first was dark horse, anti-ad application Ello. The second was a ” creeptastic” app for finding someone to snuggle with – Cuddlr.”

GoPro Hero4 Silver: Can It Make You a Vacation Hero?

What is Ello? It is the social network of your dreams, and that is a nightmare

You may have noticed that, in the last few days, Twitter and Facebook have started to sound like a cockney convenience-store greeter. “Ello.” “Ello.” “Ello.” “Who’s on Ello?” “Find me on Ello.” “Do you have an Ello invite?” “Do I need to know what Ello is?”