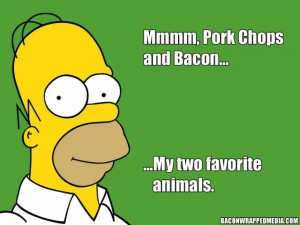 Starting today at 10:00 AM today, you’ll be able to watch every Simpson episode ever on FXX. If you need a break, tune into some of todays best reads!
[divider]

At Burning Man, the Tech Elite One-Up One Another

“There are two disciplines in which Silicon Valley entrepreneurs excel above almost everyone else. The first is making exorbitant amounts of money. The second is pretending they don’t care about that money. To understand this, let’s enter into evidence Exhibit A: the annual Burning Man festival in Black Rock City, Nev.”

Thomson Reuters: we’ll take your articles if you don’t tell us not to

“We received a email from Thomson Reuters last evening, informing us that unless we write back to them in 14 days denying them the use of our articles, they will take the lack of refusal, as an indication of consent to use them.”

A Four-Year-Old Reviews the French Laundry

“Reviewing notable restaurants via the simple yet extremely judgmental palate of a four-year-old has kind of become a “thing” here at the Bold Italic. Back since our second restaurant, whenever anyone has asked how I plan to end the series, I’ve always said that if we were ever able to get a four-year-old to review the French Laundry, that would be it.”

“Kanye West’s songs have always been huge, elaborate affairs that either build off of an existing song or pick out the best parts of several others to create one coherent and cooler whole. And while West may be known for his early work with soul, his choice of samples has now made it all the way to Elton John and Bon Iver.”

This: Why Atlantic Media is funding a social platform for sharing links, one at a time

“By now, you might have heard that Atlantic Media’s Andrew Golis is incubating a small social network inside the company. Golis came to Atlantic Media as entrepreneur-in-residence a little over a year ago, eventually taking over The Wire as general manager in January.”

“A week-old browser plug-in may have helped solve native advertising’s labeling problem. The service, AdDetector, places a huge red banner above articles on news sites that are paid for by an advertiser, often known as “sponsored content” or “native advertising.”