Today’s Daily Read features……..yup, you guessed it: Shingy!!! Seriously, it does, but with some other goodies mixed in. 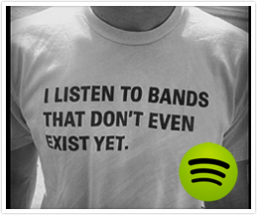 Oh hey, need something to do? Read these and give me a full report in the comments.

“A blog post written by CEO Daniel Ek Taylor Swift is absolutely right: music is art, art has real value, and artists deserve to be paid for it. We started Spotify because we love music and piracy was killing it.”

“Net Neutrality” is Obamacare for the Internet; the Internet should not operate at the speed of government.- Senator Ted Cruz (@SenTedCruz)”

“What love (and sex) really lookslike in the 21st century. By Jenna Wortham Illustrations by Wesley Allsbrook, Trenton Duerksen, Lisa Hanawalt, Melody Newcomb, Pat Perry, Jonny Ruzzo, Sam Vanallemeersch, and Roxie Vizcarra I sent my very first sext at the age of 15. Maybe I was 13.”

Can This Man Save AOL?
(www.details.com)

“AOL’s David Shing, better known as Shingy, made up his own job title and role, which ranges from spokesperson to branding guru to tech oracle. He’s both widely revered and widely ridiculed-but none of that will matter if he manages to make the dial-up-era dinosaur cool again.”

I caught the thief who stole my iPhone
(www.theverge.com)

“Earlier this year, my 5S was stolen because I placed it on a bench while I was skating. Stupid me, I know. This time, though, in my second phone theft, my iPhone 6 Plus got taken right out of my back pocket. Unlike my 5S, my 6 Plus has the Find My iPhone app set up properly.”