Today’s Daily Read is presented to you by Tom Brady. We have everything today, from Drones to advertising. Check it out! 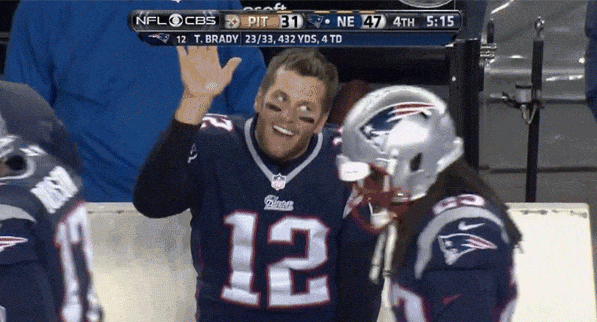 Alright, today’s Daily Read has nothing to do with Tom Brady. I just figured it would be a good way to get your attention. Did it work? I’ll find out later today when I check my daily stats. Anyways, it’s Monday!

“A company that controls thousands of New York City’s phone booth advertising displays has planted tiny radio transmitters known as “beacons” – devices that can be used to track people’s movements – in hundreds of pay phone booths in Manhattan, BuzzFeed News has learned.”

“Hewlett-Packard confirmed on Monday that it planned to break into two companies. The company, considered a foundational institution of Silicon Valley, said in a news release that it intended to divide itself into a company aimed at business technology, including computer servers and data storage equipment, software and services, and a company that sells personal computers and printers.”

Drones And Everything After

“The flying, spying, killing machines that are turning humans into superheroes.”

Why Cyber Criminals Are Winning

“Another day. Another hack. One day it’s black hats making headlines with a massive hack on Home Depot. The next, it’s the theft of 4.5 million U.S. hospital records or 1.2 billion web credentials. The connected world is under siege and the current cyber security approach is falling woefully short — as evidenced by the headlines.”

The psychological addiction behind Facebook’s success

“The past decade has been a time of incredible growth for social media, and Facebook in particular. The fact that the site has even topped Google as the most visited site in the US suggests that Facebook has become an integral part of how people connect and communicate with the world around them.”