Are you waiting in line for the iPhone 6? If you are, check out some of the best stories of the day. 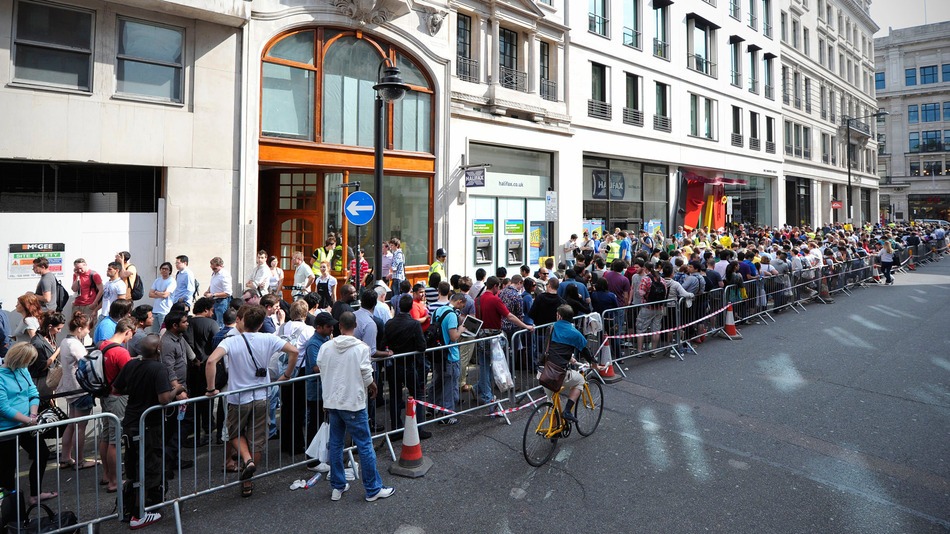 It’s finally out! Did anyone here wait in line to get the new iPhone 6? Are you still waiting in line? If you are, check out some of the best stories today:

Look What Facebook’s Video Boom Does to the Internet

“Video streams on Facebook are skyrocketing, thanks to a new system that automatically plays clips in your stream, and encourages Facebook to show you more clips.”

Facebook updates its algorithm (yet) again. Here’s what to expect.

“Facebook has tweaked its algorithm to surface more timely stories. Is the company trying to redeem itself from the Ferguson-Ice Bucket feed problem?”

What Is It Really Like to Work in Social Media?

“In today’s market, social media is no longer simply about Facebook ‘Likes’ and tweets; rather it has become a key tool for any business.”

How To Design For Thumbs In The Era Of Huge Screens

“After years of resistance, Apple’s iPhone 6 announcement last week officially signaled the Dawn of the Era of Huge Screens.”

“NPR reporter Shereen Marisol Meraji recently dropped in on a professional-etiquette class for teens to see what they made of traditional chivalry. “I can open my own door. I don’t see the point,” 18-year-old Chiamaka Njoku told her. “Most of these doors are automatic anyway.”

How the Internet brought back Surge

“When a bunch of ’90s kids determine corporate strategy, the Internet has definitely made it. “