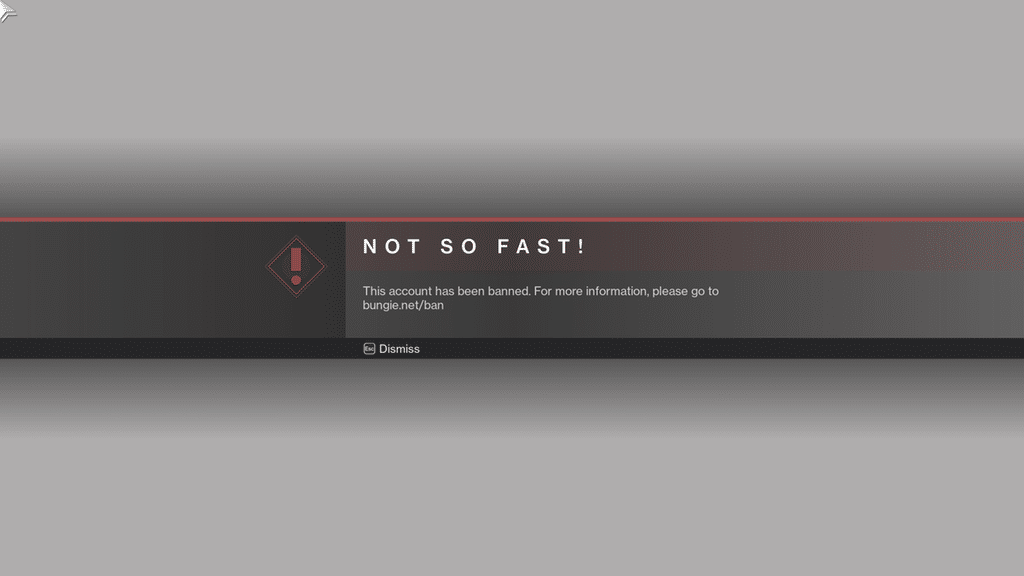 No PC launch is official until there’s controversy, right? After weeks of waiting, PC players finally got Destiny 2 into their systems and jumped right in without looking. This might have bitten them in the butt as numerous users are being permanently banned without any rhyme or reason. Nobody knows why, and it seems like Bungie doesn’t either.

It seems like the common factor in each banning has to do with third-party software, like popular streaming apps OBS and Xsplit. Bungie has coded the game to detect any software that changes Destiny 2’s internal coding, a hacking prevention that was meant to stop players from cheating and gaining unfair advantages. The studio already explained earlier this year that they would be taking action to maintain Destiny’s security along with preventative measures to stop hackers and cheaters.

On the Destiny 2 Reddit sub, users flooded the forum expressing their obvious anger with the game along with memes, because….internet. One user, /u/horkenstein (which he soon deleted the post just a few hours later) broke down the different software that seems to break Bungie’s TOS for Destiny 2. 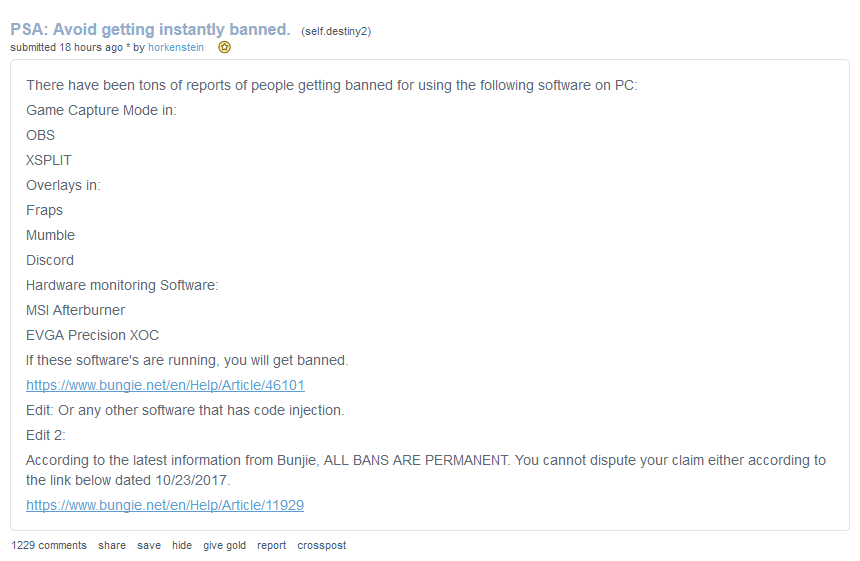 With all this in mind and with user’s research, this still shouldn’t be happening. Per Bungie’s TOS agreement, the specific third party software SHOULD still be able to play without a ban, especially not a permanent one. On Bungie’s support forum, it lists multiple actions and behaviors that will result in temporary restrictions and/or permanent bans.

It’s all a mystery as some users have even expressed usage of certain and/or all applications with no ban. I used OBS and Discord last night while I was streaming, and I didn’t get banned. We are dealing with the internet, however, so take all this with a grain of salt. Per Bungie’s community manager, Cozmo, he said that third-party software isn’t the issue and wouldn’t result in a perma-ban either way.

This is all a mystery, and it’s even worse for those who got banned. Because the bans are permanent, they can not get a refund from Bungie. With less than a full 24 hours under Destiny 2’s belt, Bungie is already facing mass criticism and a wave of customer disputes. I’m sure Bungie will get it all figured out and will get everybody who has impacted back on their feet. Earth needs to be protected from the Red Legion, and all Guardians are needed!

“The following is true:

We are committed to providing an experience that is fun and fair for the millions of players who have joined us in this community.”