First released on Android, iOS users now have the chance to experience the restaurant match feature. 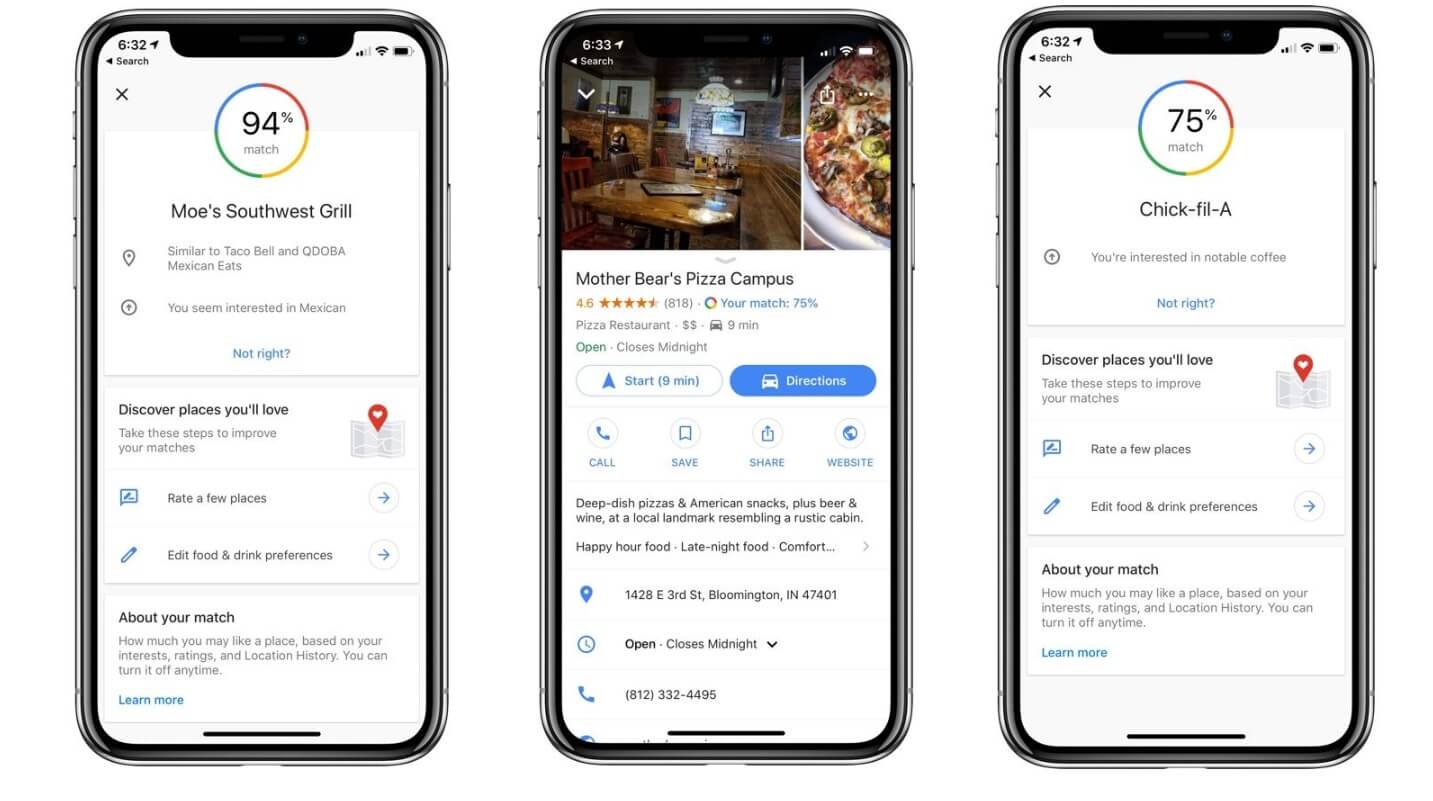 There’s a new restaurant-matching feature baked into the iOS Google Maps app. The tool automatically shows a “match” percentage on restaurants you find on the app. The ratings are “based on your unique preferences,” according to the app’s What’s New feature on the App Store.

As Mashable first noted, the feature was first teased in May. At the time, Google noted,

We use machine learning to generate this number, based on a few factors: what we know about a business, the food and drink preferences you’ve selected in Google Maps, places you’ve been to, and whether you’ve rated a restaurant or added it to a list. Your matches change as your own tastes and preferences evolve over time—it’s like your own expert sidekick, helping you quickly assess your options and confidently make a decision.

To find out more about the match percentage for a restaurant, click on it.

In the example below, Mack’s Pizza of Stone Harbor received a match score of 92 percent. This score was determined because 1) it’s similar to another place I have visited and 2) because I seem to like pizza. 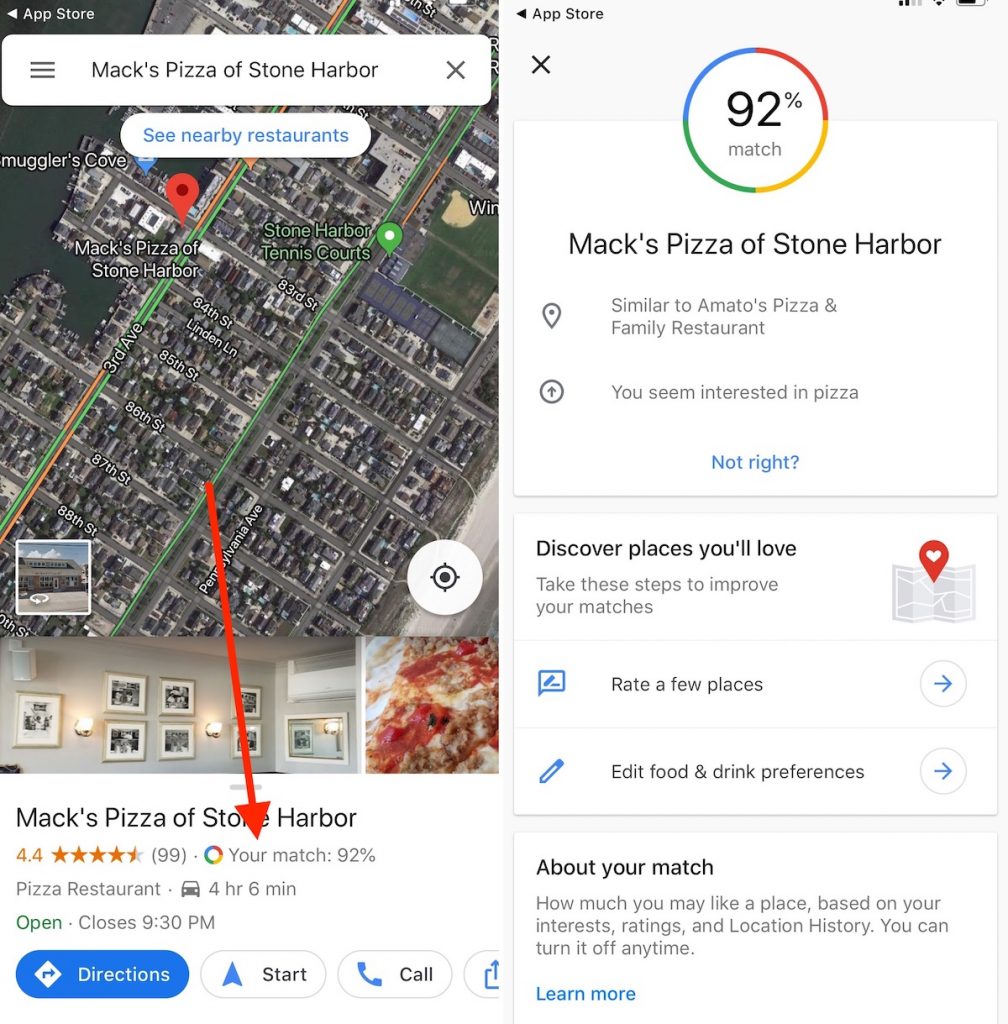 The restaurant matching feature was first introduced on Android. If you own an iOS device, you can begin using the function by downloading Google Maps version 4.55 from the App Store.

This looks like a great new feature that should make finding the perfect restaurant much easier, no? Do you plan on using this feature in Google Maps? Let us know below.