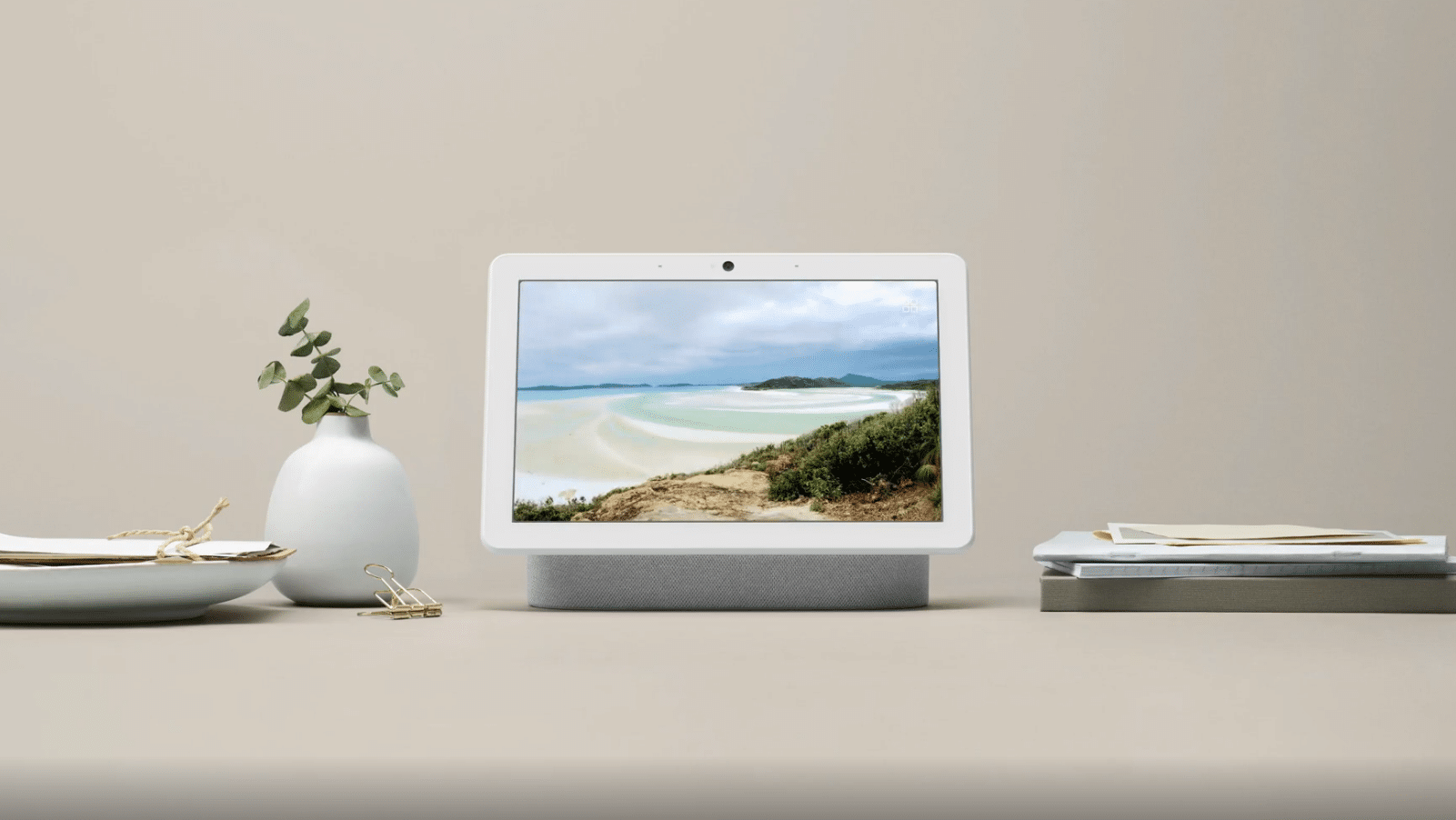 To coincide with the merging of Nest and Google Home into Google Nest at I/O 2019, Google also released a new smart display that is also a merging of sorts. The Google Nest Hub Max is a revamped Google Home Hub, with a larger screen and the inclusion of a Nest camera

. Now, you can watch the inside of your home just as easily as you watch your neighbors from your other Nest cams.

The Nest Hub Max does everything the prior Home Hub did, just on a bigger 10-inch screen, versus the 7-inch screen on the Home Hub. It’s still matte, it still has a low resolution (1280 x 800) and it still does calls through Google Duo. One change is the addition of video calling, a feature that the prior device left out.

The inbuilt Nest camera is 6.5 megapixels, with a 127-degree field of view. That’s enough to handle video calling, security footage or the new batch of facial/gesture recognition tricks, although it’s a little on the low-resolution side. For those of you worried about privacy, the camera does have a physical off switch on the back of the Nest Hub Max, although turning it off does also turn off the microphone, cutting off Google Assistant access.

You can also turn the camera off in the settings, however, which keeps the microphone available. With Google making it impossible to disable the “Camera On” indicator light manually as you could on prior Nest cams, I imagine that the light will also turn off when the camera is switched off in software. I can still see people buying those stick-on privacy slides to put over the camera though.

Check out the introductory video for the Nest Hub Max here

So, about those new tricks

The camera allows the Nest Hub Max to serve personalized information once it recognizes your face. Whether that’s creepy or not is down to you, but it does make it easier to have multiple users on the device.

It can also recognize gestures, like holding your palm up to the camera to pause (or restart) media that the Hub is playing for you. I want one to use in my kitchen for recipe videos just for this, so I don’t have to touch anything with dirty hands.

If you feel like making your home more like the dystopia promised in sci-fi movies, the Google Nest Hub Max will be available this summer from $229, from the Google Store and major electronics retailers.

What do you think? Interested in the Google Nest Hub Max? Let us know down below in the comments or carry the discussion over to our Twitter or Facebook.