This Gulati Designs wooden word watch is giving me – well, you know 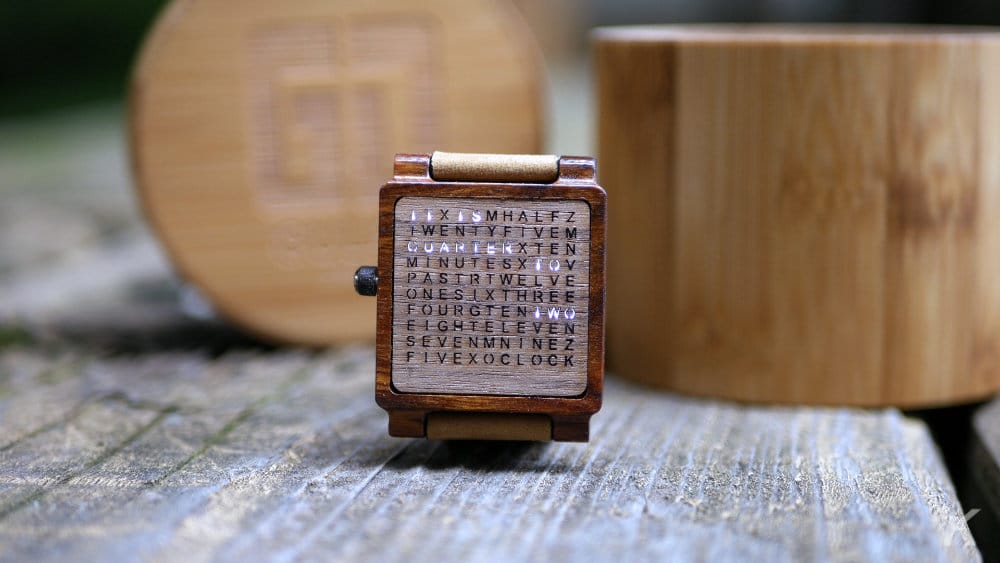 Image: Joe Rice-Jones / KnowTechie
Style
9.5
Design
9.4
Utility
8.7
The Good
Oozes style
Seriously, most compliments I've ever got on a watch
A bargain compared to similar timepieces
The Bad
Still slightly spendy
Could do with a longer watchband option
9.2
Overall

It’s not often you come across someone like Harnek Gulati. Gulati is Harvard educated and interned at Intel before ultimately joining TagUp, Inc., a startup that’s part of the MIT Startup Exchange 25. When he wasn’t busy messing around with electricity and skateboards, or infinite possibility, he also managed to find time for busting some sharp Bhangra dancing moves.

Not just brilliant, he’s also multi-disciplined and a great friend, evidenced by the first Wooden Word Watch he designed and built for his roommate at Harvard as a birthday present. Before we get to talking about the watch that’s going viral in the best way imaginable, I’d like to talk a little about the larger word clocks that were the start of everything. 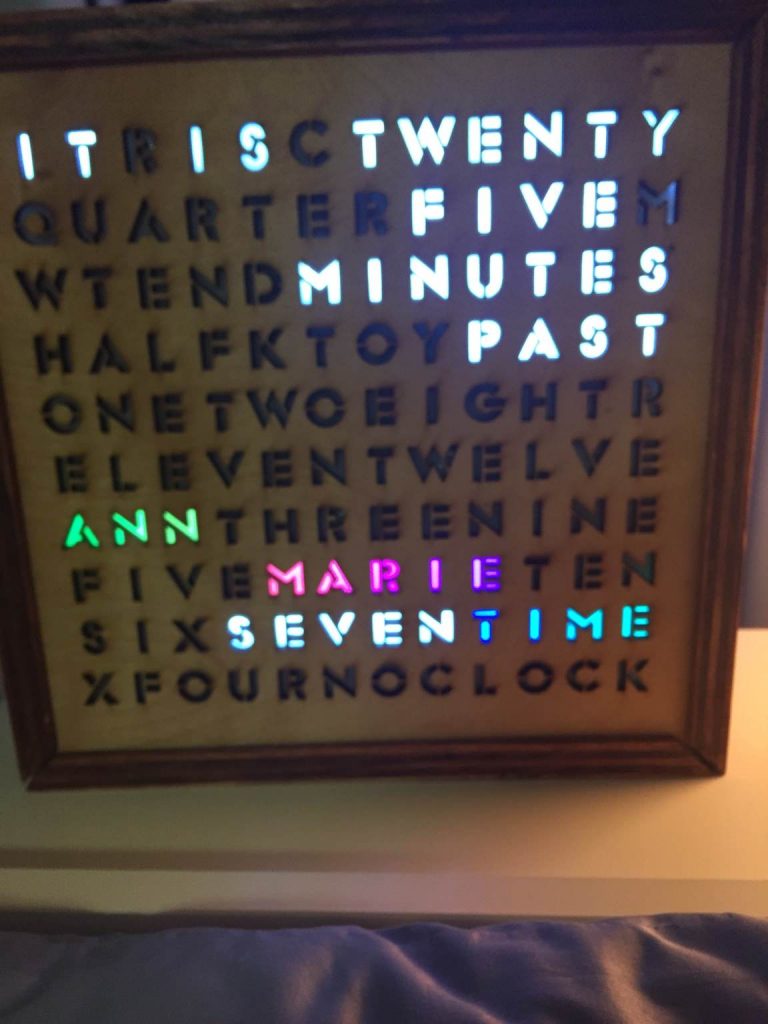 Using hackerspaces, Ponoko and local work areas, Harnek designed and made all the required parts himself (except the letter cutouts, which Ponoko laser cut). That’s a lot of physical skills to learn from someone who’d never used a miter saw, let alone a table saw, before. Still, he came out the other end with all his fingers intact so I’d call that a win.

As this was essentially the first unit, it wasn’t up to his exacting standards but was a huge teaching journey for the eventual Word Watches. Fail quick, fail often, learn; right? He also built in a fun feature, the clock would flash “It’s Ann Marie Time!” every day on the time that corresponded to her birthday. What a thoughtful friend.

Eventually, it was time for some more birthday presents, so Harnek decided to challenge himself to shrink the word clock into a wristwatch. Never one to shrink from a challenge, the original Wooden Word Watch was his first embedded programming project. He credits the completion of the project to his teachers at Harvard’s Engineering Teaching Labs and the How to Make Almost Anything section. During the herculean task, he taught himself CAD, basic circuitry, design, and all the other connected disciplines needed. I wish I’d had a roommate like this at University. 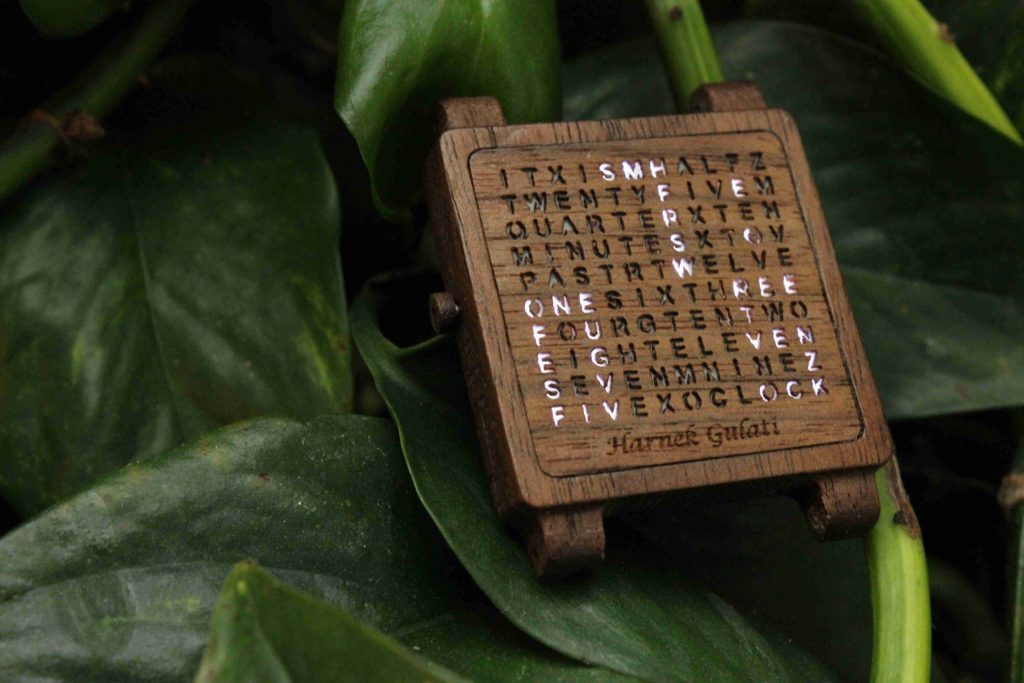 The first iteration of the Wooden Word Watch was unwieldy, fragile and slightly too thick to really wear. The second prototype (image above) was svelte and also included a secondary time display where it used the letters to show a standard digital readout. The watch doubled as a final project for one of his courses, which helped him get the funding necessary. The font used on the second prototype is of his own creation, as the one used from Solidworks in the initial stages wasn’t suitable for the multiple languages he wanted. Fonts, circuit boards, wood – modern Renaissance Man or what?

Those prototyping stages (and the eventual ‘A’ on his project) led him to wonder about a larger-scale operation, so he took himself over to Kickstarter and started a campaign. While the Wooden Word Watch was going viral on Imgur, 365 backers lined up to raise $75,138 to kick off the production run. Don’t worry if you missed it, there’s still a handful for sale on Harnek’s own site – so if you want a unique timepiece, the time is now. In the time I’ve had the watch, every time someone sees it they ask for the store details. I can’t think of the last piece of tech I’ve owned that got such a response. It’s also gone viral on 9GAG in the time I’ve had it, and the original post on r/DIY garnered over 49K upvotes.

I mean look at it, I can completely see what all the fuss is about. It’s stylish, quirky, and easier to read than a normal watch face. After all, we’re used to working in words. It fits any 20mm watch strap in case you prefer another style or you need a longer band, and that presentation box is a great gift package. I know Father’s Day has just been and gone, but it’s never too early to start thinking about next year.

Style
9.5
Design
9.4
Utility
8.7
The Good
Oozes style
Seriously, most compliments I've ever got on a watch
A bargain compared to similar timepieces
The Bad
Still slightly spendy
Could do with a longer watchband option
9.2
Overall
Related TopicsengineeringgulatiReviewstechWatchesWood