I’m sure everyone has wondered what Twitter knows (or thinks it knows) about them at one time or another. It almost goes without saying that the social network would keep tabs on your online activities, but thankfully there’s an easy way to find out.

Twitter creates a special “inferred interests” dossier on all of its users, some of which are derived from your Twitter activity, like which accounts you follow or engage with. There’s also a “interests from partners” dossier, that includes categories that advertisers have put you based on the data they collect from Twitter.

These lists are the company’s ‘best guesses’ about everything from your favorite TV shows to foods, to which sports teams you cheer for.

Finding out which categories you’ve been sorted into is easier than the Sorting Hat at Hogwarts, just open your Twitter settings and click on “your Twitter data.” It’s down near the bottom, above Accessibility.

Users have been able to access the “inferred interests” data for about a year now but for some reason, it’s resurfaced this week with users Tweeting out their lists of interests.

How accurate is it?

I went to have a look at mine in the name of journalism and it was a mix of “sure, that fits” and “wtf,” without much in-between. 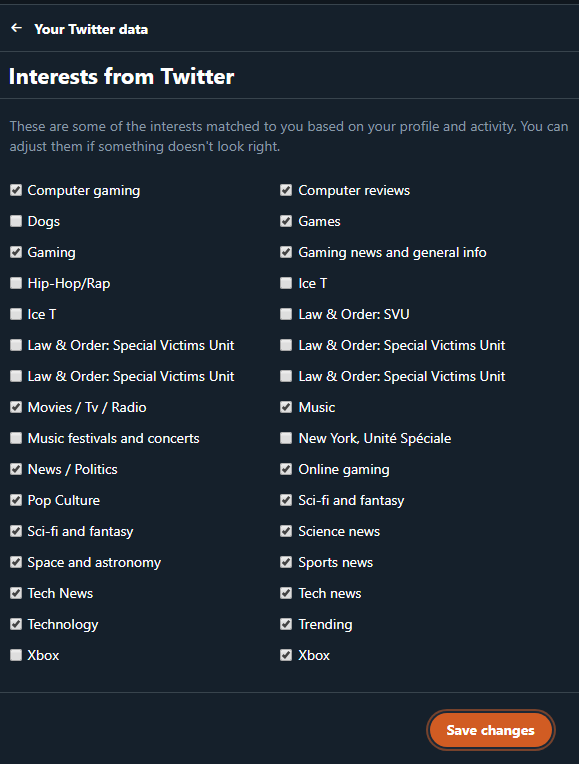 I mean I did follow Ice-T until I recently pared down my follow list, but to think I like Law & Order: SVU so much that it needs to be on there five times? (Spoiler: I’ve never actually watched it, just the few crossover episodes with Chicago PD).

In the same vein, I’m pretty confused by the “dogs” entry as I don’t have pets, but most of the rest is pretty on-brand. 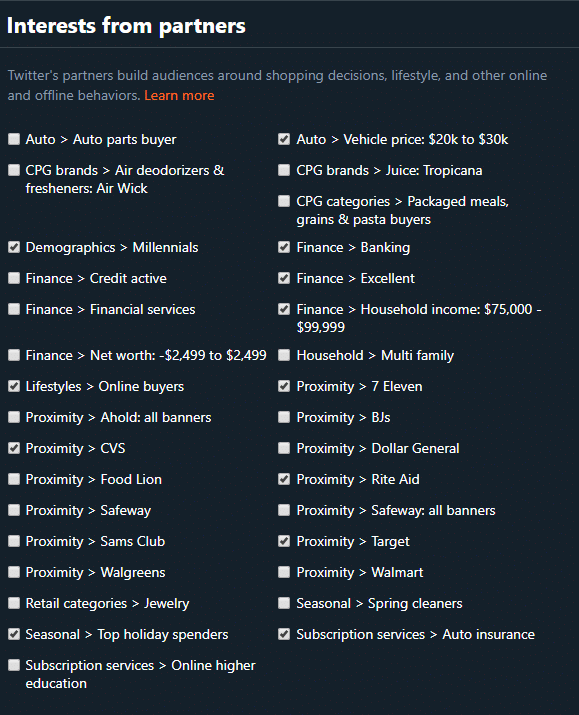 Not sure why Twitter thinks I need so much Air Wick, although it did tell me that there’s a Dollar General near me that I didn’t know about so maybe I should go stock up. Thanks, Jack!

Did you check the interests? Were you surprised by what you found? Let us know down below in the comments or carry the discussion over to our Twitter or Facebook.