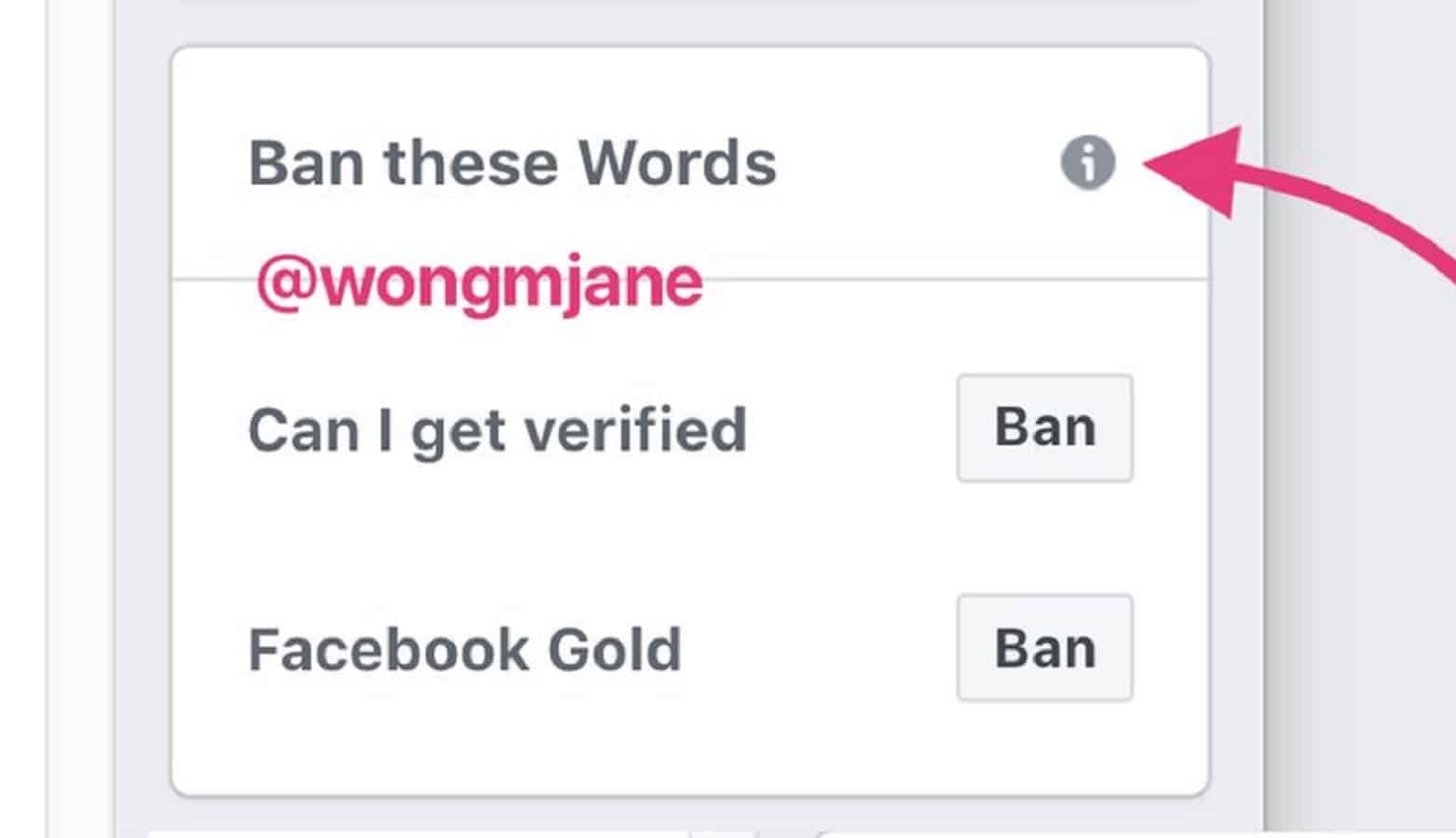 The internet can be a horrible place, even on Facebook where it appears the need to use your real name doesn’t stop some internet commenters from being less-than-pleasant. That being said, prolific reverse-engineer, Jane Manchun Wong, has found evidence in the app that could signal a light at the end of the tunnel for hateful comments.

In the screenshot she posted to Twitter yesterday, Wong showed off a new Comment Moderation tool that allows users to ban words, phrases, and even emojis from their own timelines. That won’t stop them appearing on the commenter’s timeline, but it’s a step in the right direction.

This new feature augments the existing spam filters for comments, enabling users to clear out targetted harassment and hate speech from their comments section.

It’s about time that this feature arrived on the platform, Facebook has lagged behind other social media sites with the ability to filter comments by keywords. Even Instagram, which Facebook owns, has allowed users to filter comments on their posts for ages now.

Online harassment is a real thing

With roughly 4-in-10 Americans personally experiencing online harassment at some point in their lives, social media sites need to give users the tools to stay safe online means that this coming improvement is welcome. It’s not a panacea, as you still need to list the words you want the filter to pick up, but it’s a big step in the right direction.

Earlier this year, a group of researchers realized that there are ways around Google’s AI moderation, so it probably won’t be long before trolls change their language to get around any lists you make. At least you’ll get a brief respite until then.

Maybe Facebook will extend this muting functionality to timeline posts as well, that really would be welcome. Between fake news and advertisements, my timeline is so bad I rarely use Facebook anymore. And surely, that’s got to be hurting the company’s bottom line.