Japanese researchers believe space elevators are in our future

The technology could reduce the cost of getting supplies to space tremendously. 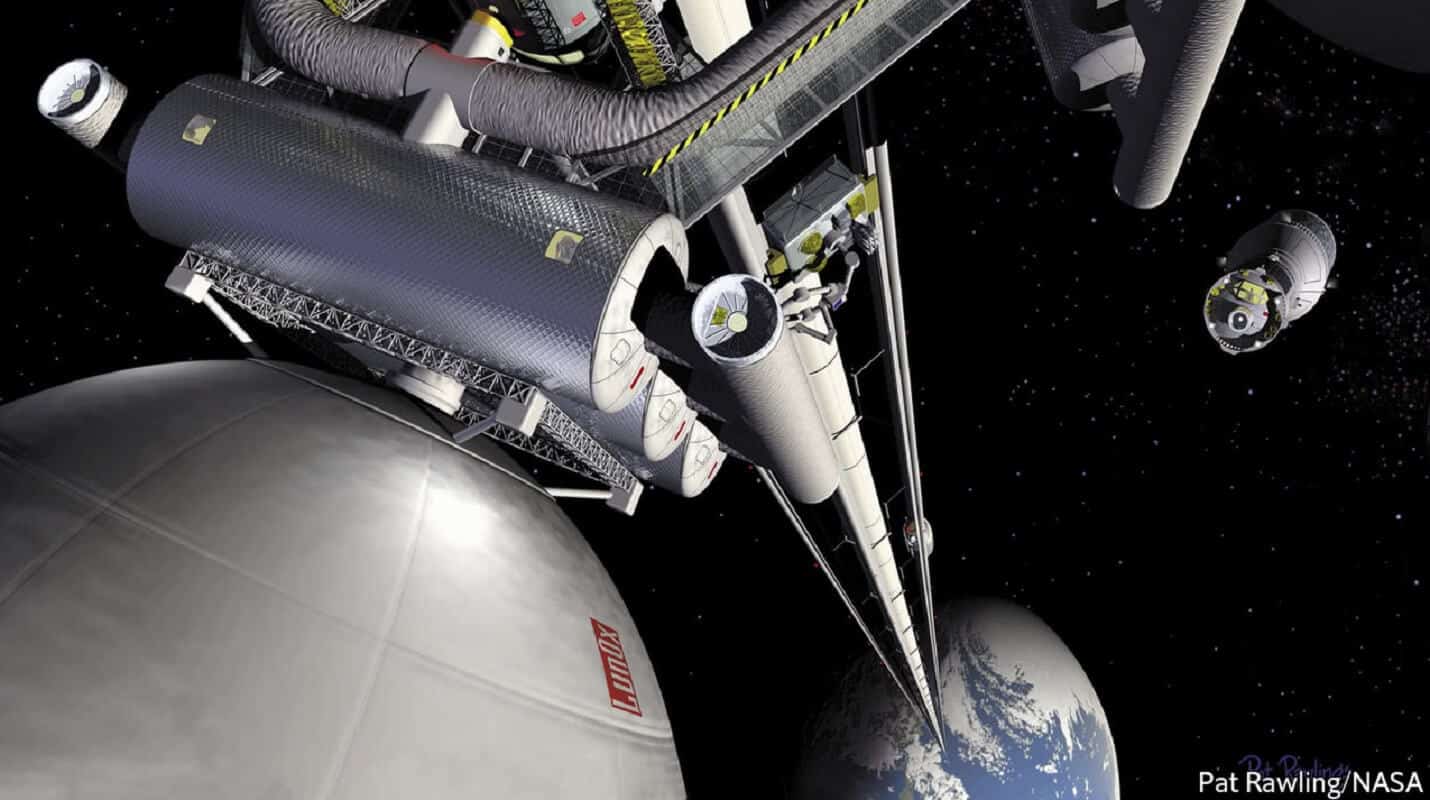 Future space missions might no longer need rockets. Instead, astronauts and cargo could one day go from Earth to space using a so-called “space elevator,” Japan’s Mainichi newspaper reported.

Currently being tested at Shizuoka University, 80 miles west of Tokyo, Japan, a research team says these elevators could become a low-cost alternative to rockets. A new experiment this month could go a long way at testing the theory.

Under the setup, a motor-driven “elevator car,” which looks like a small container, would travel along a 10-meter-long cable connected between two microsatellites. Both satellites will be released from the International Space Station, with cameras monitoring the experiment as it takes place.

The report says if space elevators are ever realized, people could travel to the ISS without using a launch vehicle, and transport supplies at low cost.

Assisting the university with its experiment is Obayashi Corp., which is also developing a separate space elevator project. In this case, each measures 18 meters long and 7.2 meters in diameter with a capacity of 30 people. Here, a cable connects a platform on the sea with a space station some 36,000 kilometers in altitude being used to move the elevator up and down using an electric motor pulley.

That space elevator could go up to 200 kilometers per hour and arrive at a space station in about eight days. The total length of a cable to be used for the vehicle will be 96,000 kilometers.

“In theory, a space elevator is highly plausible. Space travel may become something popular in the future,” said Yoji Ishikawa, 63, who leads the research team.

The biggest challenge? Whatever cable Obayashi Corp. envisions will need to be resistant to high-energy cosmic rays. For this, the company might turn to carbon nanotubes. Other tasks include figuring out how to transmit electricity from Earth to space, and how to avoid space debris and meteorites from colliding with space elevators.

Would it be interesting to see space elevators become a reality? What do you think?

Check out these other tech headlines: