But will it blend? 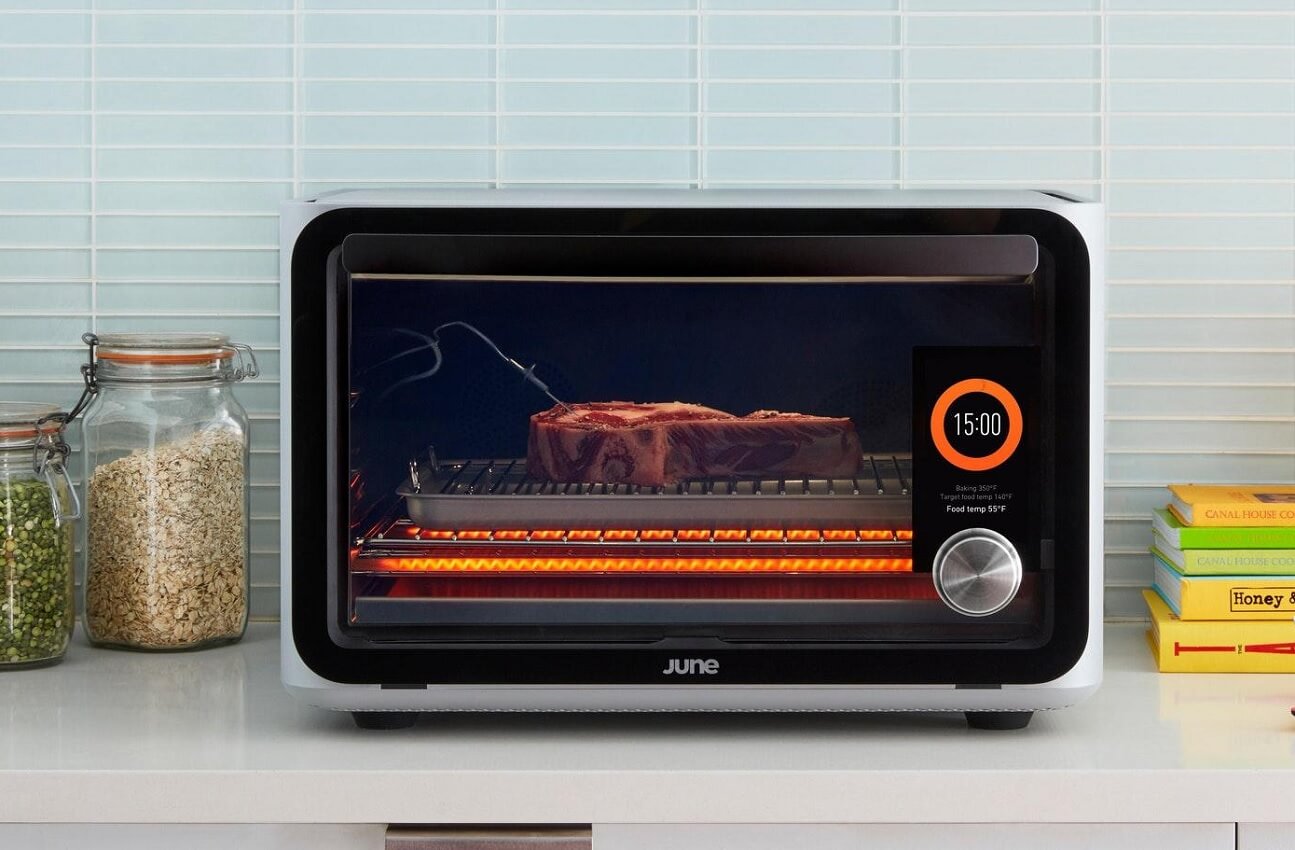 Odin knows how difficult it is for you scrubs to turn the dial on your toaster oven to the right setting to heat up your trash dinner of leftover Kraft Macaroni & Cheese and Vienna sausages. Which is why the June Intelligent Oven exists.

I didn’t review this item, but its existence is worth noting. The first June Intelligent Oven debuted in 2016 and revealed a culinary appliance world that we might not be ready for. While many humans struggle to just find a meal for the day, here’s an oven that recognizes the food that is put in it, and acts accordingly. It’s the size of a toaster oven, but it is not a toaster oven.

Actually, it is a toaster oven. And an air fryer, a convection oven, dehydrator, slow cooker, broiler and warming drawer. It’s got a touchscreen, a built-in camera, an internal processor, Wi-Fi and software to count how many Pop Tarts you just shoved into it. It has a connected app so you can watch your food cook or tweak settings. Because that’s the exciting life you live. Tired of watching paint dry, you are now watching food cook on your phone.

The first June oven was $1500 and only recognized 25 foods. Do you even eat 25 different foods? Do you even cook half that? The latest June oven costs $500 and recognizes 50 foods, with a shit-ton of tweaks. There are 64 ways to cook bacon. Did you know that? Did you know there were more than three ways to cook bacon? Did you want to know? Is that something that gets your underwear sweaty?

Like the Domino’s pizza tracker, I have to wonder who this oven is for. I bought a toaster oven for $15 from Goodwill. It works fine. My apartment came with an oven and the pressure cooker was less than a new pair of kicks. Sure, if I think back to my college stoner days, it would have been exciting to watch the tater tots cooking via an app, because what else was I doing? Tenderly caressing the couch cushions and trying to have a discussion about the influence of punk rock on modern hair metal?

This is the hyper-connected IFTTT world that we live in now, the world imagined by science fiction that keeps us connected to not just each other, but to our appliances as well. Think of the data that is being collected by smart appliances. What you eat, when you eat it, how much you eat of it. It’s only a matter of time before your oven is talking to Alexa to automatically order more Totino’s.

We’re getting further and further away from the hopeful innocence of The Brave Little Toaster and closer to a future in which our appliances tell us to fuck off, we can’t burn the shit out of leftover pizza like we like it.

The June knows that’s leftover pizza. The June will tell you how you like it. And you’ll like it. Otherwise, it’ll creep off the counter and wrap itself around your head while you sleep. Because that’s the nightmare world of smart home appliances that we live in now.

Would you use this oven? Do you trust the machines to make your pizza? Let us know below.