This is the future we’ve been waiting for. 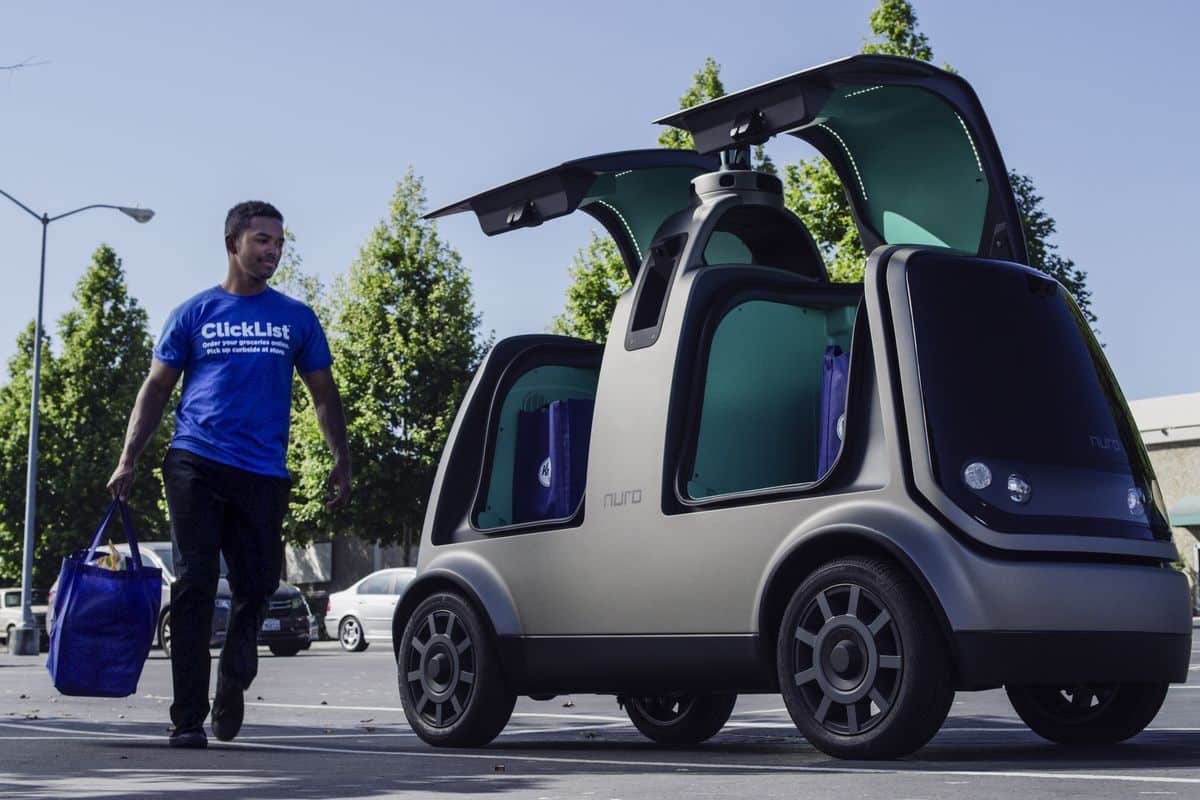 The next time you order groceries, you might be surprised by a driverless car making the delivery. U.S. supermarket chain Kroger and autonomous robots startup Nuro have recently announced the two are partnering to deliver groceries using a fleet of driverless vehicles. In doing so, delivery services as we know it could soon be changing, according to Mashable.

The new service will work with Kroger’s ClickList same-day ordering system and Nuro’s app. With the ClickList service currently, you place an order online and then pick it up using your car. Under the new service, a self-driving vehicle will take your items from the store to your front door.

Under a pilot program starting this fall (locations not yet announced), you’ll only be able to order basic food items such as milk, eggs, and bread. Eventually, Kroger hopes to use Nuro’s vehicles at each of its 2,800 stores.

Founded in 2016 by two former Google engineers, Nuro wants to harness the power of robotics and artificial intelligence to solve new challenges on a global scale. Its lineup of employees is veterans in robotics, consumer electronics, autonomous vehicles, and automotive.

Kroger was founded way back in 1883 in Cincinnati, Ohio. It’s the largest supermarket chain in the United States and second-largest general retailer after Walmart. The company has stores in 34 states.

Though most folks probably wouldn’t be impressed with eggs being delivered by a robot, think of where this could go. Imagine having your entire grocery delivery coming via an autonomous vehicle or perhaps ready-to-eat meals.

Sounds awesome, no? Leave your comments below.

For other news stories, see: