You’ll need a subscription to Microsoft 365 Individual or Family to use it. 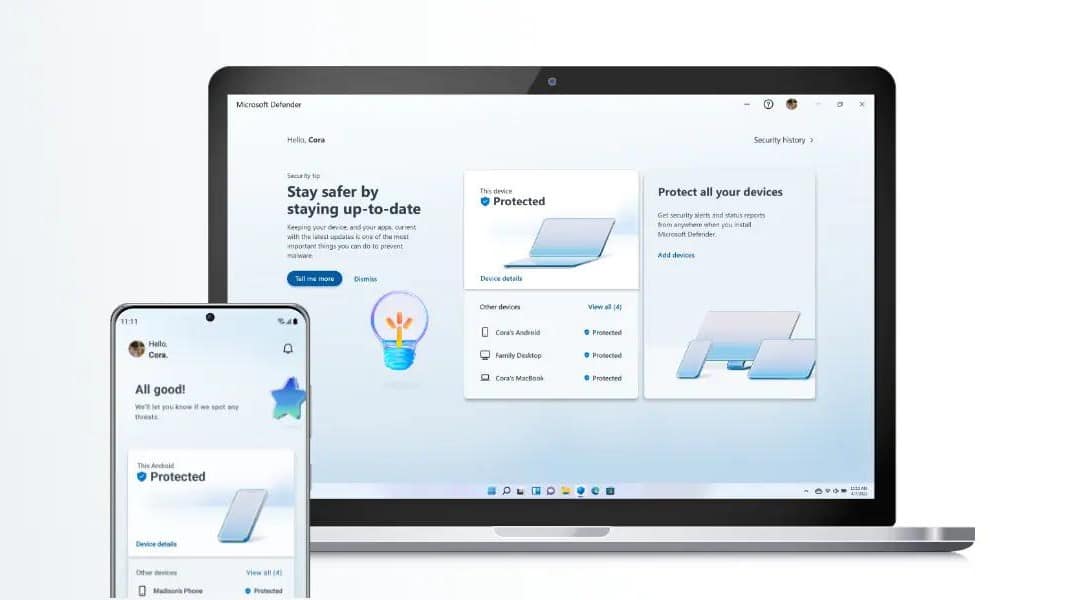 Microsoft has launched a new, cross-platform version of its cybersecurity tool, Defender. The new app is available on Windows, macOS, iOS, and Android. You’ll need a subscription to Microsoft 365 Individual or Family to use it.

Think of it as a security dashboard, that ties into your existing antivirus solutions. Along with the dashboard, each version of the app includes additional security tools.

All versions of the app have a dashboard that shows security protection across devices. That could be your own devices or those of your family. Security alerts will also show up here.

On iOS, iPadOS, and Android, Defender also has web phishing protection. It will scan links and warn you if they are malicious. On top of that, Defender for Android can also scan for malicious files and apps.

For Windows users, the Defender app is more of an overview of your existing installed protection. The dashboard shows you third-party installed antivirus programs, and security protections on every other device you have Defender installed on.

Windows and macOS users also get handy security tips, as well. We’re not quite sure why the mobile apps don’t also get tips, as even tips for other device types would be helpful to see.

“This is just the start. As we look forward, we will continue to bring more protections together under a single dashboard, including features like identity theft protection and secure online connection,” says Vasu Jakkal, corporate vice president of Microsoft security.

Microsoft is committing to more feature updates for Defender. At some point, the app will get identity theft protection, and some sort of VPN for securing your online connections. That’s a nice added value for your existing Microsoft 365 subscriptions.